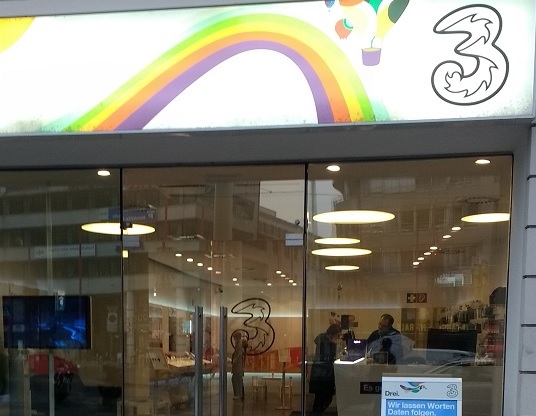 Be more inclusive and get the diversity dividend, mobile operators told

The telecoms industry could do so much more, the TM Forum heard from Robert Finnegan CEO of Three UK and Ireland, which claims it is currently ranked the most advanced 5G installer in the UK.

Speaking at the Digital Transformation World Series, Finnegan joked that connectivity has become such a human necessity it is outranked only by food, shelter, electricity and water.

However he said there is a serious point that the telecoms industry’s efforts in the last 18 months should be recognised. Recently it has surpassed expectations and its benefits to society would be unimaginable thirty years ago, he acknowledged. “I think we always do better but I think we can always be more”.

Finnegan told telecom’s industry delegates. “In the last 18 months we have become a kind of cornerstone of society.”

However, there are misconceptions about network coverage that need to be cleared up, so there are still people being left behind in cities Finnegan said.

“We tend to think that the developing countries need help but I saw stories where children in Dallas were sitting in Starbucks using Zoom [as that] provided the only way for them to connect with their school network. That broke my heart,” said Finnegan.

Mobile operators helped society stay connected during the pandemic and Three is going further by helping disadvantaged children. “We gave out tens of thousands of SIM cards to children in deprived areas,” said Finnegan.

Though mobile operators have done an ‘amazing job’ they should be vigilant about not making the digital gap even larger. “The biggest fallacy is that it’s a rural issue,” said Finnegan, “it's a geographic issue and it's developing into a major problem in key cities.”

Though Three has been lauded as the UK’s top 5G operator – thanks to the help of installation partners Ericsson and Amdocs - it still has challenges such as cutting latency and improving tariffs.

Like all mobile operators it could find itself being a competitor with fixed line companies for broadband service provision in the urban areas.

Three and other mobile operators would be better value as broadband providers because they have a lower cost of providing the customer with the service than DSL network owners, according to Finnegan. “Reports predict that 75 per cent of broadband usage will be in the B2B sector so that's going to be an opportunity for us,” said Finnegan.

Security and human resources are two big challenges mobile operators will have to confront. In response Three is trying to foster a culture of creativity through its labs, partners and its graduate recruits.

The security options provided by eSIM technology exemplify how Three is approaching these problems.  “E-sim is a technology not many people are talking about,” said Finnegan.

But Three can feed this into the IT lab it shares with T-Mobile and Microsoft where dozens of partners come together and cross fertilise ideas for everything from security, through the IoT to mobile edge computing, said Finnegan.

Meanwhile Three introduced its undergraduate programme into the UK last week. Finnegan told a story from the programme that exemplified how inclusivity brings a Diversity Dividend.

Three was in the initial stages of developing a voicemail system. It had a conference with its graduates and one brave soul gave a rather brutal appraisal of the potential brand offering: “The options are to leave a message and to listen to a message. We never leave a message and we never ever listen to the message.”

Three saved a lot of time and money thanks to making that connection and the open exchange of intelligence, said Finnegan. Now the challenge is to cast its 5G net wider.