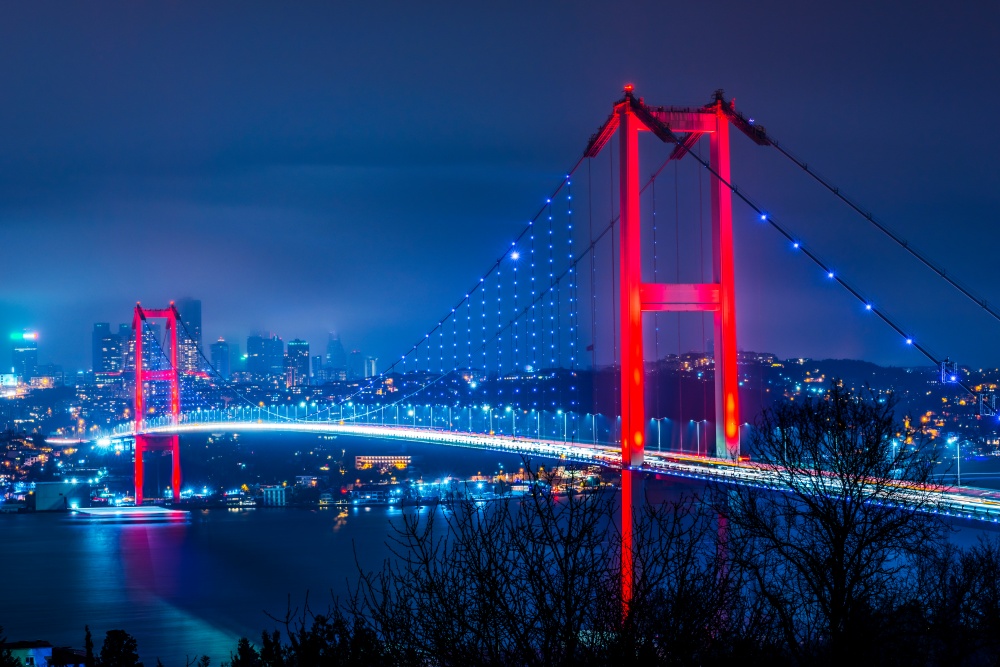 Symbolically, the test linked Asia and Europe (picture shows bridge across the Bosphorus) and is part of Vodafone Turkey's network modernisation drive.

It was to demonstrate that the two companies could scale up the capacity of Vodafone Turkey’s IP network in support of next generation applications and access technologies.

It also stated that besides a ten-fold boost in capacity, terabit IP links simplify operational complexity and cost overhead as there is no need to distribute terabit flows on high capacity routes over multiple lower rate interfaces in link aggregation groups.

Thibaud Rerolle, CTO, at Vodafone Turkey, said, “As we ramp up our delivery of new services, we are committed to providing the best possible quality of experience to our customers. We continue to rely on Nokia to evolve our IP network with industry-leading router innovation and technology to address our needs today and for next generation services."

"Together we have successfully validated Nokia’s FP4 based 1T clear channel interface across Asia and Europe.”