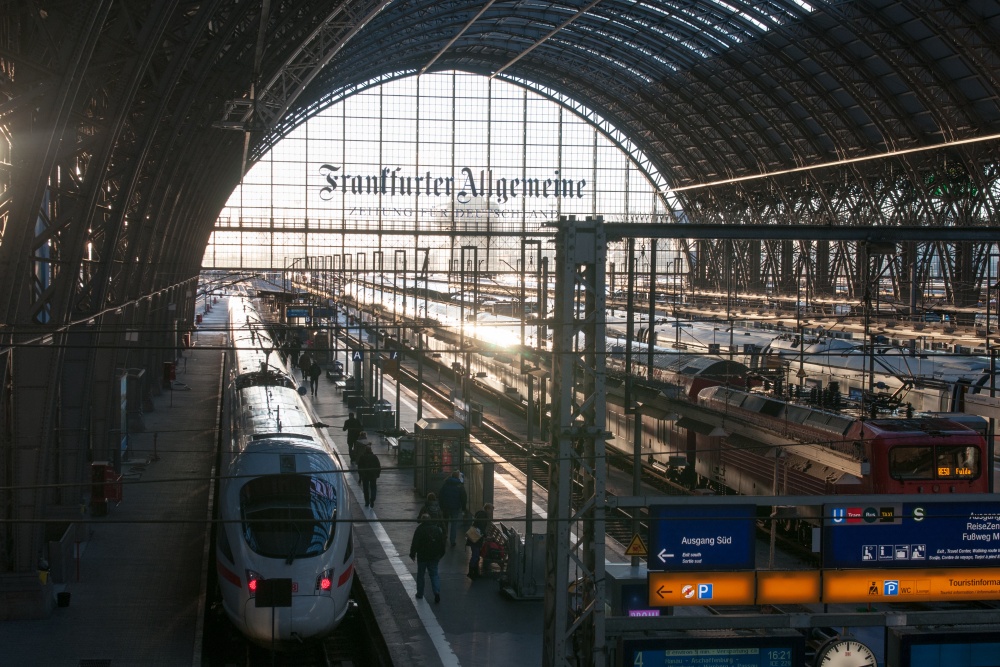 Vodafone, Deutsche Telekom and Telefónica are expanding their coverage to provide more stable and reliable reception on trains.

As general contractor, Vodafone announced the provision of reliable cellular communications in the 6.5km tunnel between Frankfurt main train station (pictured) and Offenbach on the S-Bahn.

The service is available to all passengers automatically, no matter which network provider they use, and also to those using the Wi-Fi provided by the train company, the Rhein-Main-Verkehrsverbund (RMV) which provides the public transport network in the Frankfurt Rhine-Main area in southern Germany.

The region of Hesse's Transport Minister, Tarek Al-Wazir, said, “If we want to achieve the climate goals, it is not only important to bring the previous passengers back to public transport after the corona pandemic, we have to convince even more people than before that a trip by public transport is the better alternative.

“A consistently available, fast and free internet service in the S-Bahn increases the attractiveness enormously because working or surfing…is not possible if you are behind the wheel [of] the car.”

Christian Roth, CEO of the S-Bahn Rhein Main, commented, “We are all the more pleased that the transmission quality is now right. I would especially like to thank Vodafone – to get this conversion done in many small stages at night without closing the tunnel was a feat.”

RMV and the S-Bahn Rhein-Main have been offering passengers free internet access and it was popular with customers who collectively log in more than 5 million times a month, amounting to about 60TB of data

A total of 12km were laid to network the amplifier points and a further 3km of antenna cable was needed for more than 100 antenna systems and repeater locations.

The S-Bahn line between Frankfurt Airport and Gateway Gardens via the stadium to the main train station is currently undergoing the same process, with Deutsche Telekom as the general contractor.

In addition to the S-Bahn, passengers on the RMV can also use free Wi-Fi on ten regional train lines and the X-Bus network. In future, Wi-Fi provision will be part of the standard for tenders for new transport services in the RMV regional train service.

RMV has been offering free Wi-Fi at around 650 ticket machines since 2019, which with its internet access in trains and X-buses makes it one of the largest public Wi-Fi network providers in Germany.