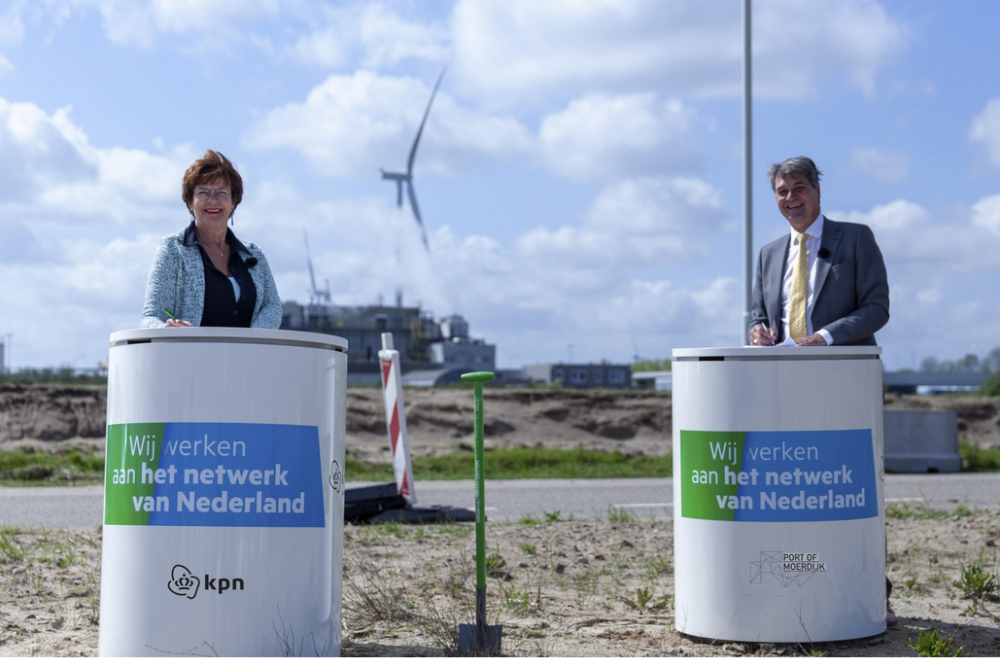 The pair say the collaboration will build a digital port over the next 20 years.

The Port of Moerdijk and KPN have signed an exclusive agreement to build a private corporate fibre and 5G network.

The new partnership between the port authority and KPN includes fibre to the office infrastructure in the existing port area and in the planned Logistics and Industrial Park.

It also involves the expansion and installation of mobile masts for a 5G network which is expected to put the port authority and the companies in the area to  "at the forefront of the digital transformation".

The port authority’s investment in infrastructure for mobile and data traffic is to gain extra range, reliability, and speed for 4G and 5G sooner, to support applications such as Automated Guided Vehicles (AGV), the use of autonomous robots, augmented reality, and drone inspections.

The camera network in the port and industrial estate will be also renewed in the coming years and equipped with smart cameras, which is described as a major step forward for security on the site, but is dependent on the "urgent expansion" of the fibre network.

Connectivity as the basis

KPN and the Moerdijk Port Authority have a long history of partnership Ferdinand van den Oever, Director of the Port Authority, pictured, said, “The basis of our port is connectivity. We connect customers to the world.

"One of the ambitions is to further strengthen and digitalize our modalities and infrastructure. For us and our companies, so that the Port of Moerdijk remains the hub of sustainable logistics and the process industry in the Flemish-Dutch Delta. That’s what we’re doing it for.”

Anja de Vos-Biemans (pictured) is Regional Director South at KPN. She commented, “The Port of Moerdijk is of great importance for the region. We will be investing in the port’s digital future for the next 20 years. We’re doing this with the construction of both fibre and 5G, a unique and future-proof approach that ensures the port has a leading position in the field of mobile telecom and data traffic.

"In this way, we’re creating opportunities for entrepreneurs and the further digitalization of the port contributes to their success.”