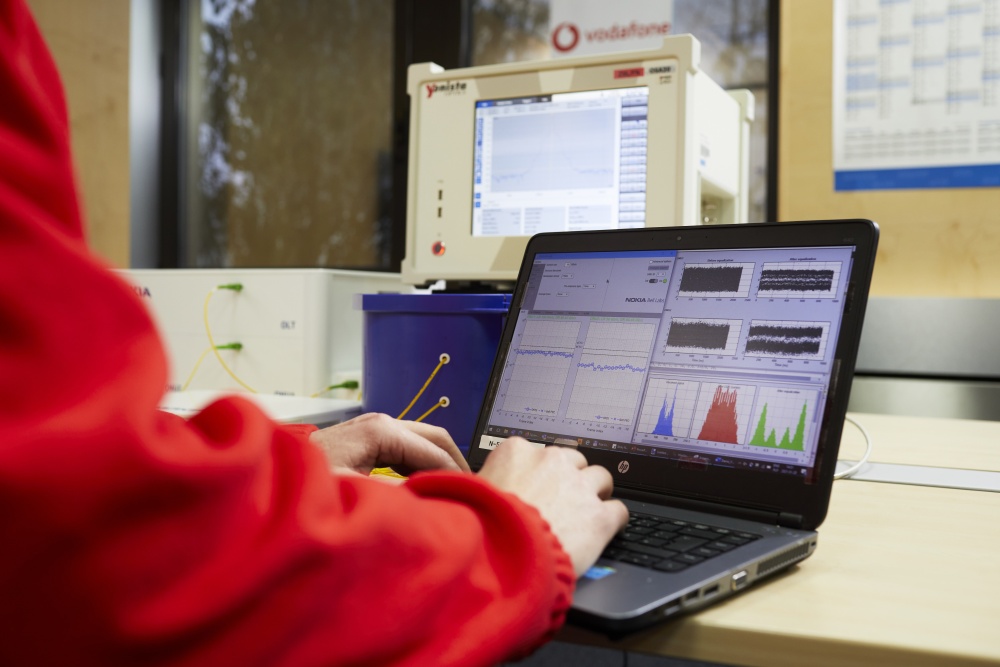 The test of new broadband technology carried out by Vodafone and Nokia is ten times faster than today’s multi-gigabit networks: 100Gbps and is the equivalent of streaming 4,000 ultra-high definition videos at the same time without lag or buffering.

The faster broadband will support new immersive services which Vodafone describes as being able to touch an object over the internet [remember the rugby tackle from more than 100km away thanks to a haptic suit won by the receiver at Vodafone UK’s 5G launch?).

Other possibilities apparently include being able to share a meal with a 3D-holographic representation of a family member or being able to transmit the scent of a bunch of roses.

At a speed of 100Gbps, “researchers can feasibly imagine futuristic ‘virtual teleportation’ and 3D holographic applications that combine human senses to aid healthcare, education, retail and leisure activities,” according to the press release.

The idea that the technology will ensure we never run out of capacity though is too far-fetched. No matter how much broadband capacity we create, so far it has just spurred us to think of ever more creative ways to fill it.

They say the 100Gbps tech is likely to become available later this decade, and has a modular architecture, meaning it can be upgraded without digging up roads or drilling holes through a customers’ wall.

For now though, Vodafone is busy installing 10 Gbps PON links within its Next Generation Networks (NGN) fixed-line infrastructure.

Vodafone’s European network now passes around 140 million homes across 12 markets through a mix of Vodafone owned NGN network (55 million homes, of which 39 million are Gigabit-capable), strategic partnerships (22 million homes) and wholesale arrangements (62 million homes). This network provides Vodafone with the largest marketable footprint of any fixed-line provider in Europe.