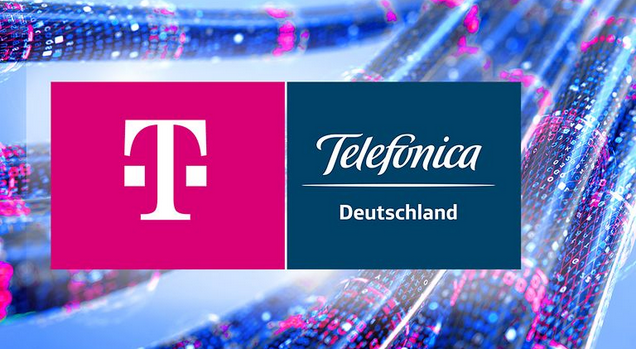 Arguably the real question is what took the incumbent so long – or why the regulator didn’t act sooner – given Germany’s scarce fibre infrastructure?

Deutsche Telekom (DT) has announced it will open up fibre access networks to competitors on a long-term basis and invest the income in building out more fibre.

Specifically, DT and Telefónica Deutschland (which trades under the brand of o2 in Germany) intend to extend their “long-standing fixed line network collaboration” with a ten-year contract, giving Telefónica access to its broadband network.

That Europe’s biggest economy has one of the worst digital infrastructures on the continent has long been a cause for concern, and the need for fast, reliable, affordable connectivity was writ large in the recent lockdowns caused by the pandemic.

Germany’s fibre deployment had a 3.3% penetration rate as off September 2019, according to the most recent published information, drawn from IDATE data, collected and collated on behalf of the FTTH Council Europe. This puts it twenty-fifth out of the 28 countries ranked.

For comparison, Iceland topped the table at 65.9% and the highest-ranking large country in terms of population and area was Spain, with 54.3%.

Fibre not the only game

Furthermore, Vodafone Deutschland is a fearsome rival in the fixed network stakes: it acquired Liberty Global’s cable networks in Germany (as well as the Czech Republic, Hungary and Romania) last year.

As Vodafone’s CTO, Gerhard Mack, explains in this interview, that cable infrastructure can support gigabit speeds in this interview. Deutsche Telekom and Vodafone, among others, tried to stop the transaction, mounting legal challenges.

Admittedly there have been major distractions too over the last 18 months since in the shape of the Huawei situation (which is a big worry for DT), Covid-19, and the long and super expensive 5G spectrum auction.

Perhaps the pandemic hammering home the importance of the communications infrastructure has triggered this action, and of course 5G needs fibre ‘everywhere’ for backhaul as it will have approximately 10 times more radio sites than 4G needed.

Telefónica has been buying VDSL/and a faster version of VDSL, vectoring, which support downstream speeds up to 100Mbps from Deutsche Telekom for resale to its customers. Now DT will also unbundle FTTH with download speeds of up to 1Gbps.

This guarantees DT return on investment and more to invest, and gives Telefonica some security to plan around for the medium-long term with unspecified “favorable conditions”.

Deutsche Telekom says it now plans “to significantly invest in the buildout of its FTTH networks and the long-term yield from this business is a significant basis for its plans”.

"We will also offer this pioneering cooperation to other companies on the market, with the aim of…continuing the philosophy of open access in terms of FTTH buildout in the future.”