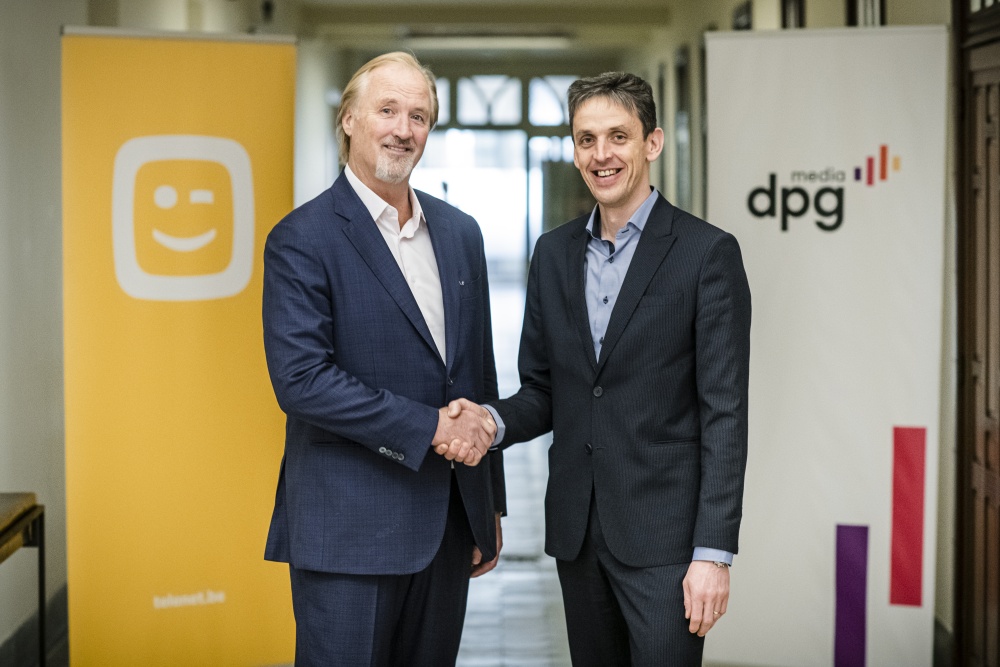 The two announced their intention of setting up a joint venture to launch a new local streaming platform with Flemish and international content earlier this year.

DPG Media and Telenet are preparing for the launch the service, Streamz, in autumn.

he company will be officially set up on 1 September, with Peter Vindevogel as CEO. Kris Vervaet will serve as Chair of the Streamz Board of Directors.

Vervaet, CEO DPG Media Belgium (pictured right at the original announcement in February) said, "The launch of Streamz will be  a milestone in Flemish media history… with Telenet".

John Porter, CEO Telenet (pictured left), added “Streamz will feature local stories with a potential to conquer the world, and international stories that can conquer Flanders.

"In so doing, we give the viewer more choice than ever, and our Flemish television makers now also have an additional platform on which to showcase their creativity.”