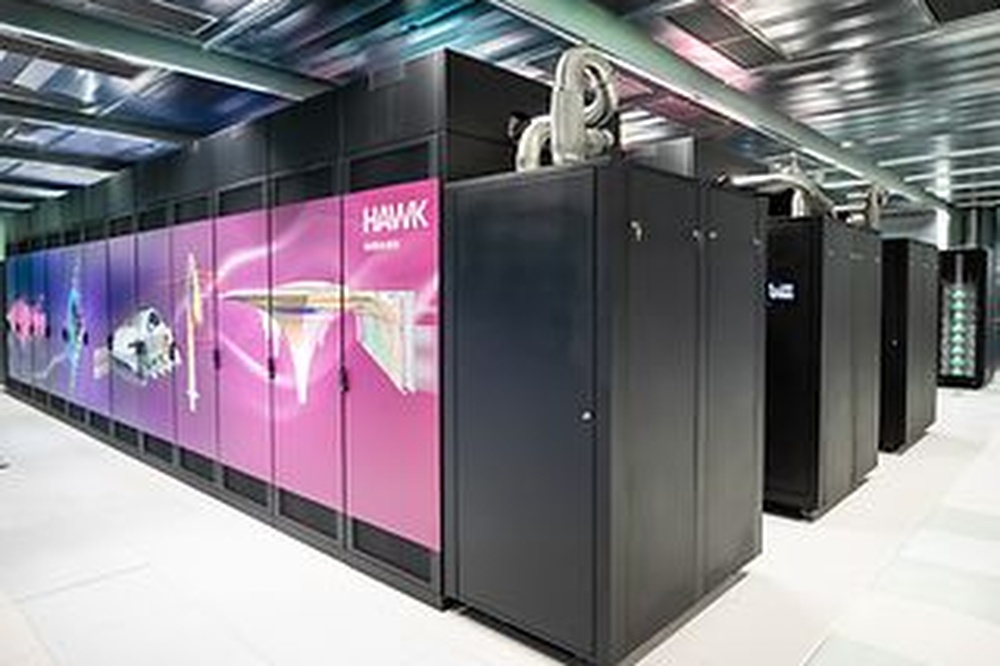 According to HLRS, Hawk is among the fastest high-performance computers in the world and the fastest general-purpose system for scientific and industrial computing in Europe.

T-Systems’ customers can use the Hawk supercomputer via the Telekom Public Cloud.

Examples of industrial and scientific use cases include crash and aerodynamic analyses, improvements to power generation from wind power plants and high-resolution climate models.

The supercomputer provides computing power for Wissenschaft und Wirtschaft GmbH (hww), a private-public partnership between the Federal State of Baden-Württemberg, the HLRS, the Karlsruhe Institute of Technology (KIT), Porsche and T-Systems.
A monthly fee, depending on the number of users, is payable for access to the systems. All other elements are invoiced depending on consumption.

“Customers greatly benefit from the fact that all of the resources they receive are tailored to their needs. They no longer have to deal with several providers and, consequently, can perform all kinds of simulations with the supercomputer via the Open Telekom Cloud,” a statement from Deutsche Telekom said.