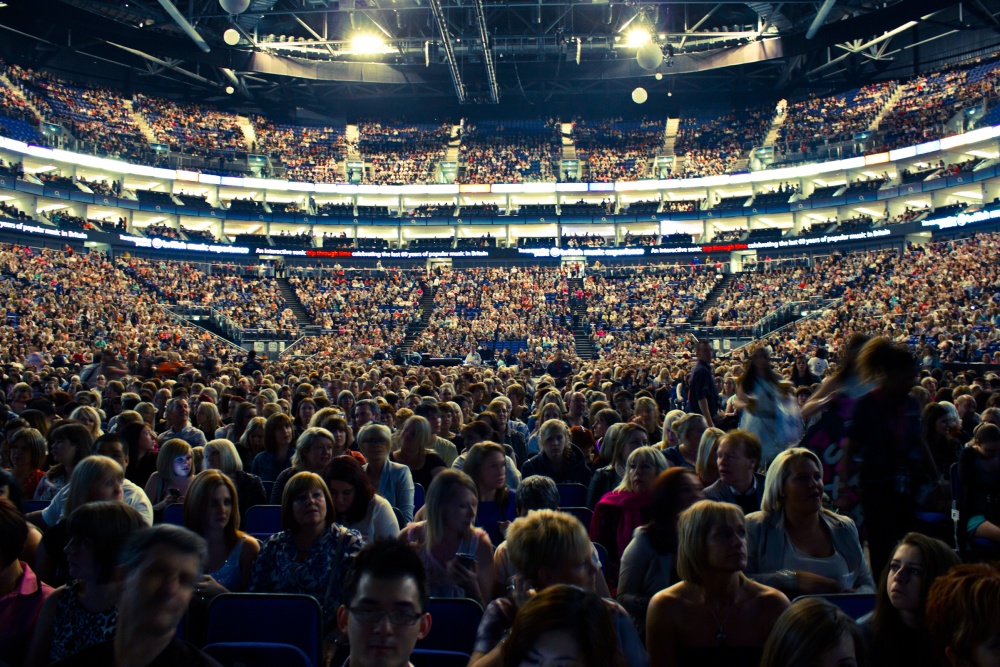 Telefonica's UK unit, O2, reckons 5G could boost the entertainment sector in the UK by as much as £2.3 billion over the next decade, according to research by O2 and Ovum.

“A 5G network will provide greater speeds and more capacity to ensure fans have strong signal to fully use all these tools, as well as share their experiences live across their social platforms,” a statement said.

Other benefits 5G could support, according to the report, include personalised post-event highlights reels using multiple camera angles and a fast network to create quick videos.

Fans not able to attend in person could pay to live-stream gigs personalise their experience, including choosing from multiple camera angles or opting to focus on specific elements of a performance or match, such as a particular member of a band or sports team.

This could also generate revenue by enabling brands to target advertising during live events.

Through a partnership with ITV, the mobile operator is also exploring how 5G could improve broadcasting, including through connected HD cameras and sharing more content over superfast and higher capacity networks.

In October last year, O2 worked with ITN Productions to produce what it said was the world’s first live TV advert powered by 5G – it collated footage of fans during England’s game against Argentina during the Rugby World Cup.

Each camera had a bonded cellular pack attached to it to ensure the feed didn’t drop. The packs connected to the 5G modem at each venue to send the footage back to ITN to edit and broadcast. O2 said 5G was required to transfer such a high volume of data in broadcast quality.

By 2028, O2 predicts that 78% of live entertainment consumer spend will be driven by 5G-enabled sports experiences. This summer’s Olympic Games in Tokyo is expected to showcase some key capabilities.

O2 launched its 5G network in October 2019 and it is now available in 21 locations in the UK. Virtual reality music start-up MelodyVR entered into an exclusive UK partnership with O2 for the launch, with those signing up for 5G receiving 12 months’ access to MelodyVR and an Oculus Go VR device.

O2 UK today announced 2019 was its third year in a row of total revenue and profitability growth, by 3.8% and  2.3% respectively. During 2019, its  customer base increased by 5.7% to 34.5 million connections, which O2 claims makes it the UK's largest network.

Its churn rate in 2019 was 1%, which the company said reflects its empaphasis on customer centricity and fairness in its treatment of customers.

The UK is one of the four key markets Telefonica intends to build on (along with Spain, Brazil and Germany), as announced in its five-point plan launched towards the end of last year. Telefónica reported 3.2% revenue growth for full year 2019 on an organic basis, with growth in its four main markets. It predicted “stable” revenues for 2020.

However, overall, Telefónica group posted a net loss for the fourth quarter of 2019, as restructuring costs bit and the fall-out from Latin America – especically Mexico and Argentina – continued.

Currency conversions aside, the operator group said its Q4 earnings rose by 2% year on year.