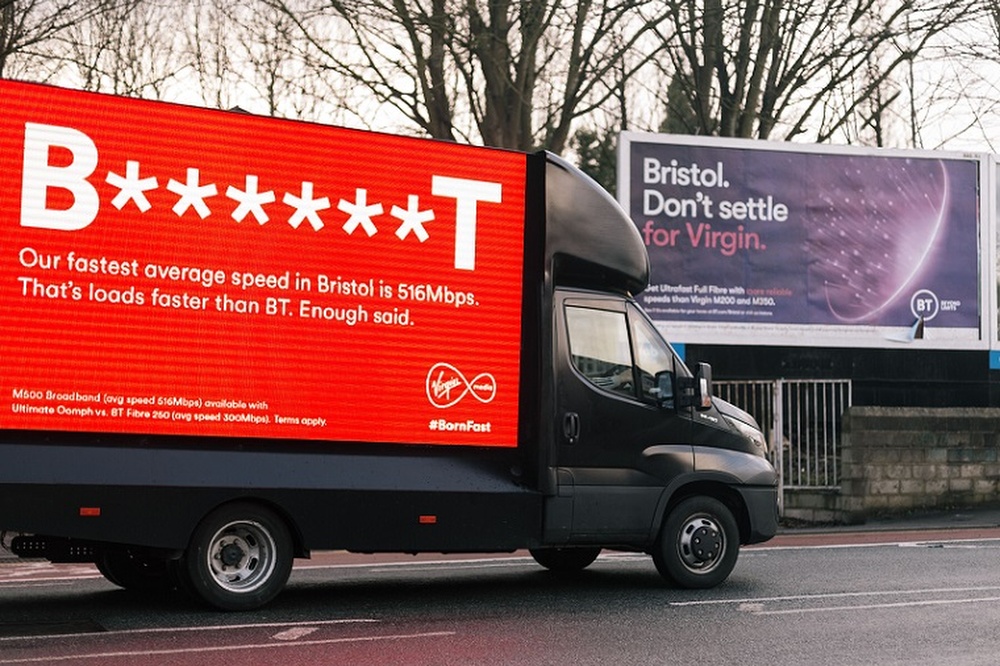 BT reported a 3% decline in revenue and a 4% fall in core earnings for the third quarter, as its war of words with Virgin Media escalates and its share price fell 6%.

The operator said revenue was impacted by regulation, competition and declines in legacy products.

BT has also estimated that the decision to allow Huawei a limited presence in non-core elements of UK 5G infrastructure could cost £500 million over the next five years. A large expense will be replacing the 4G Huawei infrastructure which BT had intended to upgrade with Huawei 5G kit.

Philip Jansen, CEO, BT Group, said, “BT delivered results slightly below our expectations for the third quarter of the year, but we remain on track to meet our outlook for the full year.”

Graham Spooner, Investment Research Analyst at The Share Centre, commented, “BT shares, which have been a constant underperformer over the past five years, are down by over 4% in early morning trading on the back of a third quarter trading update.

"Not only have we seen a decline in revenues and adjusted earnings, as a result of the Government’s decision to give Huawei a role in the UK’s 5G network, the group has to increase its range of suppliers in the future.

“Despite CEO Philip Jansen being ‘really excited about the long-term prospects’, there remain challenges for him to work on in order to make BT ‘bolder, smarter and faster'.”

Meanwhile, Virgin Media has hit back after BT erected a billboard in Bristol reading “Don’t settle for Virgin. Get ultrafast Full Fibre with more reliable speeds than Virgin M200 and M350.”

Virgin Media said the  #BornFast stunt mobile billboards will be placed in front of the BT posters in locations across Bristol “all in the spirit of clarity and competition,” as well as being run on Virgin Media’s social media channels, with the potential to bring the billboards to other areas in future.

Cilesta Van Doorn, Brand and Marketing Director at Virgin Media said, “BT’s broadband bunkum just couldn’t go unchecked. Residents of Bristol won’t be fooled by BT’s babble and we look forward to welcoming anyone who wants to experience life in the fast lane with our superior ultrafast speeds.”

Virgin Media said it has also formally challenged BT’s advert and has contacted the provider but BT has not yet responded.

Teresa Cottam, Chief Analyst at Omnisperience, said, “While Omnisperience expects this war of words to continue as competition for gigabit broadband heats up, we don’t believe it is necessarily unhealthy.

"A break in the often turgid consensus that sees operators whispering behind their hands rather than challenging the obviously inaccurate is welcome. And humour is a very British way of dealing with disagreements.

“However, we would caution service providers that while this skirmish is amusing, customers won’t be laughing unless both companies deliver against their claims by providing a good customer experience and an excellent quality of service. It is those that deliver the excellent experience of tomorrow that will ultimately have the last laugh and the longest.”