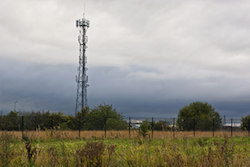 CK Hutchison has grouped all its telecom activities in Hong Kong and Europe into a new holding company, CK Hutchison Telecom, which was formed last month.

This consolidates the Group’s European and Hong Kong operations under one holding entity, providing a diversified telecommunication asset platform across eight countries.

The company says the move will enable it to refinance debt – notably, €10 billion related to Italian operator Wind Tre which it now own outright – as well as spin off its towers infrastructure into a new unit, CK Hutchison Networks.

This unit will own and manage the company’s 28,500 tower assets in Europe initially, with the option of adding a further 9,300 sites in Asia.

3 Group's customer base fell 7% year-on-year to 41.7 million at the end of June, primarily because of tough competition at the budget end of the market from Iliad.

Iliad has cleared the way to entering a tower-sharing agreement in Italy with TIM and Vodafone, after approaching the regulator.

CK Hutchison Networks could potentially become the fourth largest European telecom infrastructure portfolio, the company said, with the reorganisation expected to be completed by the end of 2019 or early 2020.

A statement said, “The new organisation structure and the refinancing transaction will allow the Group to generate significant financing cost savings from 2020 onwards, as well as rationalise its investments in light of the expected need for harmonisation of network, IT platform, and infrastructure configurations to meet new transnational business opportunities going forward.”

For the six months to the end of June, CK Hutchison’s telecommunications divisions booked revenue of HKD46.2 billion (€5.3 billion) with EBIT of HKD10.4 billion (€1.2 billion).