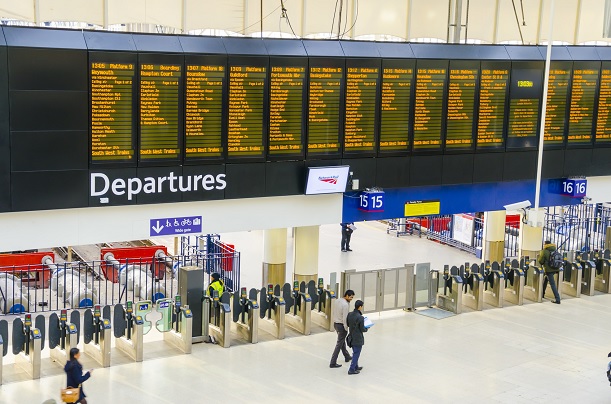 UK operator EE is pledging tens of millions of pounds to improve coverage on railway networks, as it announced a new measurement of LTE quality.

Coverage along rail routes across the country has lagged behind that within towns and cities. EE said it would make the investment next year to initially improve network quality a limited number of unspecified lines.

It also called on the UK government to follow through on its pledge in this month's Budget to incentivise mobile and train operators, and landowners to remove obstacles and allow the installation of network architecture.

The mobile operator also announced it would now measure its network quality by tracking how much time a customer spends on 4G. Since mid-2016, EE has been using geographical coverage, which currently sits at 85 percent, as its measure of network quality. It described population coverage, which it had been using as a metric until April last year, as "misleading" and something that did not reflect a consumer's true experience.

It said the average customer in an urban area with VoLTE on their device spends 96 percent of their time on a 4G network. In some rural areas, the operator said this drops to 79 percent and falls further to 70 percent when a consumer is not using VoLTE.

In future, EE will anonymise this data to identify where coverage needs to be improved.

EE CEO Marc Allera said: “Our industry has to get better at giving customers the information they need to make an informed choice about the mobile network that best suits their needs.

“I banned misleading population coverage measurements at EE a year ago, and we’ve seen real change since then. The fundamentally misleading claim of ’99 percent coverage’ is very hard to find on mobile operators’ websites today.

“We are introducing new measurements today that will give us a more accurate view of our customers’ network experience than ever before. And we’re working with Ofcom to improve the quality of information that’s available to customers, as we share their ambition to improve transparency around network performance.”