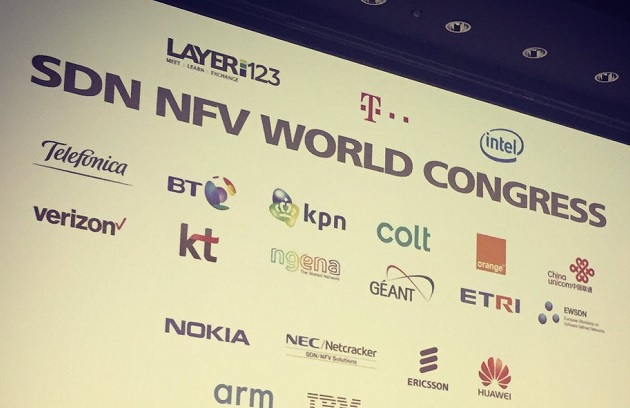 Automation has taken centre stage again at SDN NFV World Congress, with executives from Orange and Vodafone claiming it will be a vital part of successful virtualisation transformation.

The event has already heard automation be frequently discussed, with Deutsche Telekom's Deputy CTO arguing "brutal automation" was required to bring about the promise of SDN and NFV, a phrase that has been echoed in seemingly every presentation since.

Patrick Kelly, Principal Analyst at Appledore, said automation affords operators the ability to "scale, heal and route traffic without intervention", while Matt Beal, Director, Technology Strategy and Architecture at Vodafone, said it was a key plank of Vodafone's own virtualisation strategy.

Alongside agile development through breaking down silos within the business and applied analytics "on an industrial scale", Beal said the goal for Vodafone was to reap the benefits of less time to launch products and services, more convenience, faster results and an easier means of doing business. While he noted how we are all "slaves to instant gratification", this was pushing the industry to work in more creative ways.

He described the step change that virtualisation offers telcos as being akin to consumers going from the era where they had to memorise phone numbers and make calls from landlines to the endless services offered by a smartphone today. He added: "But this is only if automation is end to end."

Vodafone has been one of the most enthusiastic proponents of virtualisation and recently signed up to the Open Network Automation Platform project.

Beal said in an industry often characterised with frustration, he said current developments give him "massive confidence".

His optimism was matched by Emmanuel Bidet, VP, Convergent Networks Control at Orange (pictured), who said its shift towards on-demand networks benefitted a wide range of players. He said: "We want to give [customers] high value-added services with agility. But beyond that is a huge transformation. Transformation for businesses, transformation for the relationships we have with partners and customers, and probably most importantly transformation of what is within Orange."

Work is underway at the operator at developing virtual evolved packet core throughout 2017. He said doing so would help support capacity extensions and also underpin unspecified Internet of Things use cases.

Bidet also returned to the theme of changing his own business. He said open source is an important technology for the operator, highlighting its work with both the OPNFV project and TelecomTrack, its partnership with Facebook within the Telecoms Infrastructure Project.

He said: "This helps build interoperability solutions which are very important for a telco and it helps us accelerate our internal transformation."

Forcing Orange this transformation will be a sign of faith in its forthcoming virtualised services. He added: "If we want our customer confidence in our solutons we need to be sure about the confidence of our systems."