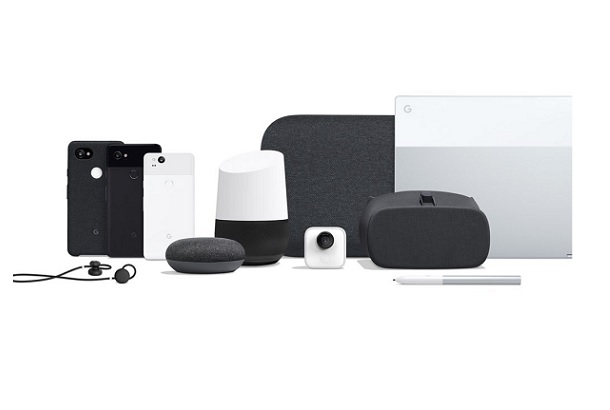 Google has brought the e-SIM to its new Pixel 2 handset, built wireless earbuds and a camera that uses machine learning to automatically snap photos, and sharpened up its AI for connected speakers and smartphones.

Google is emphasising picture quality on the device, which uses computational photography software and machine learning to help maximise its photos. Optical and electronic video stabilisation helps users capture smoother video, even when they are moving.

The Pixel 2 comes equipped with an e-SIM but with the caveat that it is only open to subscribers of its US-only MVNO Project Fi. However, Joy Xi, Product Manager for Project Fi, hinted this could be a feature in other markets in future. She said: "For now, we’re piloting e-SIM on the newest Pixel devices with Project Fi. We look forward to sharing what we learn and working together with industry partners to encourage more widespread adoption."

Another feature of the Pixel 2 is Google Lens, the ability to search through the smartphone's camera by using a mixture of machine learning and Google's own search software.

As well as in markets across Asia and North America, Google will launch the handset in Germany and the UK in Europe later this month priced from $649 (€551). The device will also be sold in Italy and Spain by the end of 2017.

Ben Wood, Chief of Research, CCS Insight, was frank about its potential. He said: “Google has a mountain to climb if it wants to displace Apple’s iPhone. Even challenging Samsung, which has a trio of superb Android-powered flagship devices, will be tough.”

He added: “Even though the new Pixel devices to tick all the boxes when it comes to flagship smartphone specs and design, it is not realistic to think Google can compete with Apple’s iPhone anytime soon. iPhone users are extremely unlikely to defect from their Apple device to an Android product and if they do the most likely device they will consider will come from Samsung."

The digital giant also introduced Clips, a digital camera that fits on a person and automatically takes photos it feels are most suitable within that context.

Google was keen to highlight the privacy features of a device that is eerily similar to one in Dave Eggers' The Circle, a dystopian science fiction novel from 2013 about a Google-like company that produces an always-on portable camera.

Clips lights up when it is capturing photos and video so people can tell it is recording. It uses software to learn family and friends and take more photos of them. Any photos are saved on the camera until a user chooses to delete or store them on Google Photos.

The US will be the launch market for the device, which will be priced $249 (€211). No further markets were announced.

Meanwhile, Pixel Buds are Google's answer to Apple's wireless AirPod earphones. The buds can translate languages in real-time, can carry out searches, and alert users of reminders and meetings.

All of the newly announced devices also come equipped with the latest version of Google's Assistant, its challenger in the voice-activated software stakes.

New features on the software include voice options, games for children, a task scheduler that can manage connected devices and send automatic messages, the ability to buy products verbally from partner companies and deeper integration with Google's Nest range of smart home devices.

The latter includes a forthcoming Familiar Faces feature which will recognise a person when they ring a connected doorbell and then broadcast their identity to all of Google's Home speakers within a household.

Rick Osterloh, Senior Vice President, Hardware, Google, said: "We see tremendous potential for devices to be helpful, make your life easier, and even get better over time when they’re created at the intersection of hardware, software and advanced artificial intelligence (AI)."