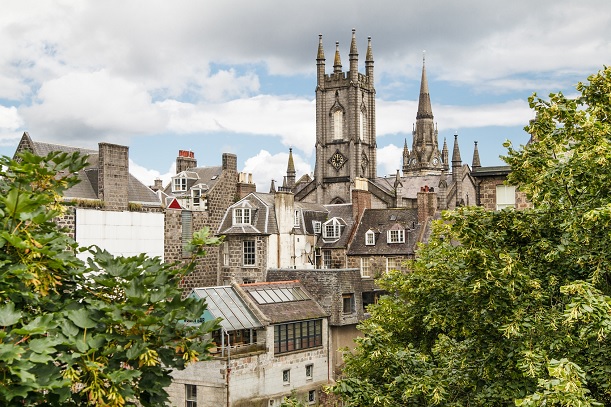 O2 is using fibre-connected small cells to bolster its LTE-A network in the UK city of Aberdeen.

The mobile operator is installing its radio equipment inside units built by the Wireless Infrastructure Group (WIG) with CommScope.

The 50 WIG nodes, installed on street furniture such as lamp posts and traffic lights, feature fibre backhaul and an antenna. They use a Centralised-RAN architecture, in which multiple small cells are connected back to a single nearby hub.

Each WIG cabinet has multiple fibre links and can host several operators, although O2 is the only operator to install equipment so far. WIG worked with the city authorities for the roll-out, including renting ducts from the council to deploy its own fibre.

The infrastructure currently covers areas such as the central railway station, university and football stadium, with plans to extend it across the rest of the city in the future.

While currently supporting 4G, the infrastructure is expected to be able to serve 5G base stations in the future.

Brendan O’Reilly, Chief Technology Officer at O2, said: “Building digital connectivity into our economic future now is essential to ensuring that Scotland, and the rest of the UK, become some of the best-connected countries in the world.

“The small cell network in Aberdeen represents a successful collaboration between council, infrastructure provider and mobile network operator.  It is a crucial step along the path to making the UK 5G ready.”

Scott Coates, CEO of Wireless Infrastructure Group, added: “Every major city in the UK is thinking about small cells but in the race to be 5G ready, Aberdeen’s city council had the vision to unlock industry investment in the enabling wireless infrastructure needed to transform mobile connectivity.

“There is an urgent need for more fibre infrastructure to support the UK’s wireless sector and WIG plans to address this by constructing bespoke new fibre networks for the deployment of small cells and their integration with existing mobile backhaul networks.”

O2’s joint venture with Vodafone, Cornerstone Telecommunications Infrastructure, announced in April it will deploy 4G-connected small cells in London to offer to a wholesale basis to allow UK operators to enhance their coverage in the city.