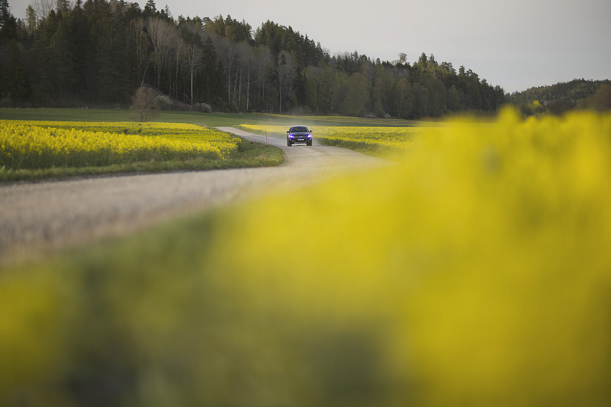 Ericsson is planning to work with Volvo on a new self-driving car project, as O2 revealed it has helped connect three cars to travel autonomously on the UK's roads.

It said the aim was to help speed up the time to market of solutions for original equipment manufacturers.

Stage one will involve both companies using Ericsson's IoT Accelerator, effectively an IoT as a service solution, to develop a Zeunity Connected Cloud.

The cloud will comprise software that will work with other vehicle functions, sensors and support functions that will provide information from other vehicles and cloud infrastructure. Both companies said this cloud would deliver real-time information about events while a vehicle is in transit.

Niklas Heuveldop Senior Vice President, Chief Strategy Officer, Head of Technology & Emerging Business, Ericsson, said: “Connectivity is reshaping the future of transport, and Ericsson is right at the heart of this with our IoT Accelerator platform that underpins the connected automotive ecosystem. We will work closely with Zenuity to develop a truly end-to-end offering that enables higher levels of safe driving through ADAS and AD software and functions.”

Dennis Nobelius, CEO, Zenuity, added: “Together, we will provide OEMs with unique, robust and scalable cloud-based solutions with much faster time to market, allowing them to capture the seemingly endless possibilities in the connected automotive ecosystem of the future.”

Dominique Bonte, VP/Managing Director, Verticals/End Markets at ABI Research, said: "Ericsson looks set to benefit from the partnership, as this will expand its automotive connectivity platform beyond basic telematics/infotainment through deep integration with ADAS and driverless solutions and align the company with two global market leaders in vehicle safety and autonomous technology.

"In addition, this move will connect Ericsson with automotive AI leader, NVIDIA, which announced a partnership with Zenuity earlier this year. It will enable

Ericsson to plug its connectivity platform into an end-to-end, scalable, and global autonomous vehicle solution which should help it to win additional OEM deals in the future, including in China where it already works with Geely (Link & CO brand).

"Ericsson has invested heavily in automotive as one of its key end market focuses by creating an independent division; the Zenuity partnership is a very important announcement for the much-plagued network infrastructure vendor, which has recently gone through a major re-organisation and cost saving exercise; however, the real proof will have to come in the form of OEM wins."

Meanwhile, the UK-based DRIVEN consortium, which boasts O2 as one of its members, has revealed the first three of its proposed fleet of six self-driving cars.

The DRIVEN project aims to deliver autonomous vehicles with the ability to drive on urban roads and motorways.

Vehicles are fitted with autonomy software, lidar sensors, on board computers and cameras.

Urban trials will begin in the first quarter of next year. The project's ultimate goal is to run several end-to-end journeys of Level 4 vehicles between London and Oxford, some 60 miles away, in 2019.

So-called 'Level 4' autonomy is the ability for a vehicle to drive itself "most of the time" without any human interaction.

O2 is working with UK domain name registry Nominet on securing data to protect drivers and vehicles from cyber security threats. Testing of data sharing with insurance systems will launch in January 2018.