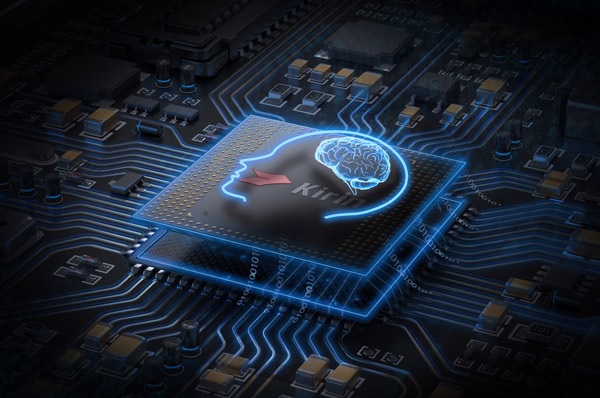 Huawei has placed artificial intelligence at the heart of a new smartphone chipset that will deliver "real-time, scenario specific and personalised data".

The Kirin 970, which will power forthcoming handsets, features an eight-core CPU and a 12-core GPU. The China-based vendor said the chip features 5.5 billion transistors onto a space one centimetre square.

Huawei claimed the chipset delivers 25 times more performance and 50 times more efficiency than an ARM quad-core Cortex A73 CPU, which it said means it can deliver the same AI tasks quicker and at much less battery consumption.

The company plans to position the Kirin 970 as an open platform for developing mobile artificial intelligence features. It will open up the chipset to developers and partners to produce new capabilities.

Huawei said it wanted to improve latency, stability and privacy by putting AI on a smartphone. It cited those three areas as ones where there was room for improvement within artifical intelligence in the cloud.

It is unclear when the Kirin 970 will begin shipping but reports suggested forthcoming Huawei flagship devices over the coming months will feature the chipset.

According to Gartner, smartphone sales in Western Europe grew 13 percent year on year during the second quarter of this year, fuelled by sales of Huawei and Samsung devices.

Revealing the chipset at the IFA 2017 consumer show in Germany, Richard Yu, CEO of Huawei Consumer Business Group, said: “As we look to the future of smartphones, we’re at the threshold of an exciting new era. “Huawei is committed to turning smart devices into intelligent devices by building end-to-end capabilities that support coordinated development of chips, devices, and the cloud. The ultimate goal is to provide a significantly better user experience. The Kirin 970 is the first in a series of new advances that will bring powerful AI features to our devices and take them beyond the competition.”

Both Apple and Google have staked their own claims on artificial intelligence with high-profile announcements during the summer.

However, Gartner said a focus on marketing was risking the potential of AI. It said more work needed to be done on identifying customer needs and building demand through services.