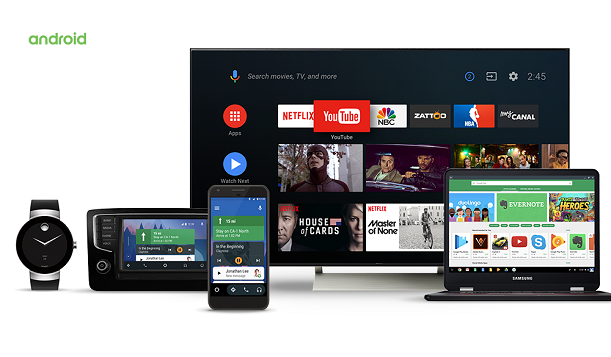 Google is putting artificial intelligence at the heart of its future and launched a new business unit amid the cavalcade of announcements at its annual I/O conference.

CEO Sundar Pichai said the company is being forced to reimagine how its products work for a world where people interact in a more "natural and seamless" way with technology.

He said work has already occurred in this area, with connected speaker Google Home now able to recognise different voices, for example.

However, Pichai said more work needed to be done to enable an "AI-first world". He said the company would bring its new machine learning friendly cloud tensor processing units (TPUs) to its infrastructure as a service Compute Engine.

These next generation TPUs would also simplify the education of machine learning networks through greater processing power.

He said: "It’s important to us to make these advances work better for everyone—not just for the users of Google products. We believe huge breakthroughs in complex social problems will be possible if scientists and engineers can have better, more powerful computing tools and research at their fingertips. But today, there are too many barriers to making this happen."

To overcome these, he said Google is setting up Google.ai, where all of its artificial intelligence initiatives will work in one unified effort.

Google researchers are already using machine learning in partnership with healthcare professionals to improve the detection and spread of breast cancer.

Meanwhile, the company announced the debut of its Google Assistant on iPhones, meaning it will compete with Apple's own Siri.

Among its new features include the ability for third party developers to start building conversational apps, making hands free calls, scheduling new appointments and reminders, and the ability for a user to see its history within the service.

France and Germany are among the new markets that Google will launch its Assistant in the coming months.

Google Lens is a new visual search app, which will be available in the coming months. Users will be able to get information from their surroundings through a device's camera.

Meanwhile, its Android operating system now has two billion monthly active users and Google used the milestone to launch the latest version of the OS in beta.

New features for Android O, which launches later this year, include "picture in picture" functionality, allowing users to carry out tasks simultaneously, an improved cut and paste, contextual machine learning to predict what action a user will carry out next, as well as limiting scans for Wi-Fi and background location, which it said would increase battery life and free up memory.

Google also announced Android Go, an attempt to get its operating system onto all devices with less than 1GB of memory and will launch in 2018.

Dave Burke, VP of Engineering, said: "Android Go is designed with features relevant for people who have limited data connectivity and speak multiple languages, and comes to life through three key areas: the Android OS, Google apps, and the Google Play Store.

"Consistent with Microsoft's developer keynote last week, artificial intelligence was pervasive and positioned as helping humans rather than substituting them. It's central to an abundance of Google services but its broader role is deeply dependent on developers. 2017 is seeing a steep ramp in tools and incentives for those that will ultimately take AI mainstream."

He added: "Google needed to urgently respond to Amazon's stealth takeover of the home and beyond with Alexa. Broadening availability of Google Assistant and diversifying its feature set is a much needed move as it seeks to use its scale, AI and search assets to close the gap.

"Google Assistant is becoming the glue that seamlessly connects search, devices and a host of Google and third party services. It's not only central to the future of search but the long term relevance of Google as a gateway to others apps and services. Assistant is beginning to emerge as the real platform for developers."