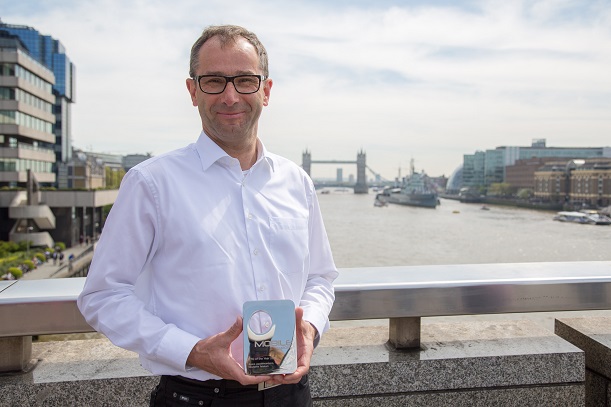 Deutsche Telekom's Bruno Jacobfeuerborn has been formally presented with his CTO of the Year award, and said building relationships internally and with customers was central to his win.

Jacobfeuerborn was unanimously voted 2016's most impressive CTO last month, after the judging panel was impressed with the breadth of his operational excellence and customer-centric ethos.

However, a strike by Greek airport workers prevented Jacobfeuerborn from attending the awards dinner in London.

You can read an exclusive interview with Jacobfeuerborn in the current issue of Mobile Europe, where he talks about his beginnings in the telecom industry connecting East Germany and how stints in Poland and the Netherlands helped shape his approach to technology.

As for what makes a great CTO, he said: "You have to be a leader and that means you must have vision and be able to convince people to follow that strategy, perhaps even not knowing how it would work. The second piece is you must have business acumen, innovation and operational excellence. Always have your customer in mind."

You can also watch two exclusive video interviews with Jacobfeuerborn in which he discusses Deutsche Telekom's technology strategy and its shift to an all-IP network.