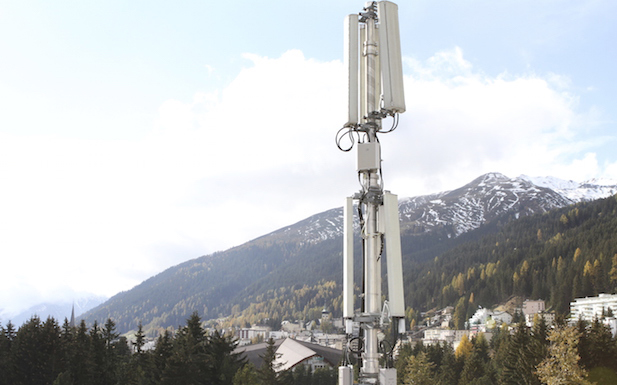 Swisscom will switch off its 2G network by the end of 2020 as part of wide-ranging plans to cope with booming data consumption.

The operator said data consumption is doubling each year and it needs to take steps to cope with this. Each day its network handles almost 290,000GB, the equivalent of more than 105 million GB per year.

Swisscom said it needs to do more to deal with rising demands for data among consumers and businesses. It has developed microcells that can be installed into fixed network conduits in the road, tapping into existing power supplies and iInternet access.

Heinz Herren, Head of IT, Network and Innovation at Swisscom, described the trials of this tech to Mobile Europe in its August/September issue, which involved the antennae being fitted to manhole covers. He said: "Everything is there; power, fibre, and we don't need too many construction permits."

The trial, which began in Berne, will be extended to Basel, Lucerne and Zurich. Swisscom is working with Ericsson and Kathrein on the project.

Swisscom said the decision to switch off its 2G network was driven by efficiencies. Currently 0.5 percent of data traffic is carried over that network but the tech takes up 30 percent of its antenna capacity.

Swisscom said voice and SMS can be handled over 3G and LTE networks, with the operator launching VoLTE earlier this year.

The move echoes the announcement made by Telenor Norway CTO Magnus Zetterberg in June, who revealed that the operator will switch off its legacy networks within the next 10 years to focus on data-centric offerings.

The two percent of Swisscom's residential customers who are using a 2G device will be offered a "compelling switch-over package" to encourage them to switch. Enterprises using 2G-based M2M applications will also be encouraged to switch to its LTE platform, which is launching this autumn.

Finally, Swisscom said it would continue to roll out LTE-Advanced networks, ahead of it going live with a 5G network in 2020. There are already 16 cities using the tech.

Herren said: “Our customers want to have access to the mobile broadband network any time, anywhere – and want to do so with excellent network quality and stability. So we can continue to offer them the best network in Switzerland in future, we now need to equip the network specifically for future requirements."