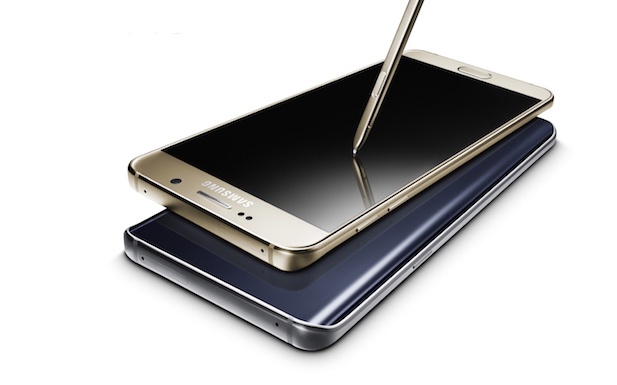 Samsung’s mobile payments system will launch on 20 August, the company revealed, as it introduced its latest flagship smartphones and teased a new smartwatch.

Samsung Pay will initially be released in Korea, before hitting the US on 28 September followed by the UK, Spain and China.

The service allows users to upload a digital version of their bank card and make payments using an NFC-enabled smartphone. It also works with Magnetic Secure Transmission, making it compatible with magnetic card readers already widely available in point-of-sale terminals.

According to Samsung, this makes Samsung Pay “the only mobile payment service that works virtually anywhere you can swipe your credit card or debit card,” a fact the company will no doubt use as its USP in the battle against Apple Pay and Android Pay.

The South Korea-based manufacturer has already signed up American Express, Discover, MasterCard and Visa for the service, alongside a number of major US and Korean banks.

Samsung Pay uses Mastercard's Digital Enablement Service (MDES), which will allow European card issuers to connect to the platform when it arrives.

Cheryl Guerin, Group Executive of MasterCard, said: “Using advanced tokenisation technology from the MasterCard Digital Enablement Service, we’re delivering a digital payment experience that is both simple and secure, and includes all the benefits and guarantees of a MasterCard transaction.”

Samsung Pay will come preinstalled on the company’s new Galaxy Note 5 and Galaxy S6 Edge+ smartphones, both of which were unveiled during this week’s Samsung Unpacked event.

The Note 5 continues the series of the manufacturer’s flagship “phablet” range. It features an in-built stylus allowing users to “write” on the screen and much like its successors is stylised as a multitasking/productivity  device.

While the Note 5 will launch in the US and Asian markets later this month, there are no plans to bring it to the UK for the foreseeable future, where Samsung instead wants to focusing on pushing its new Galaxy S6 Edge+ device.

The Galaxy S6 Edge+ is essentially a larger, iterative update to its Galaxy S6 Edge flagship, launched earlier this year. The S6 Edge+, does, however, feature a larger battery and slightly more memory than its predecessor. The smartphone is being marketed by Samsung as a multimedia device.

Both the Note 5 and Galaxy S6 Edge+ feature 5.7-inch “Quad HD” displays and Samsung’s latest 64-bit Exynos chipset. The devices also support universal wireless charging and are compatible with Category 6 of Category 9 LTE networks, depending on market and mobile operator.

JK Shin, CEO and President of IT & Mobile Division at Samsung Electronics, said: “At Samsung, we believed in the promise that large screen smartphones could actively address some major consumers pain points by providing users with a better viewing experience and more productivity on-the-go.”

Samsung also teased a new smartwatch during its media event. No details have been provided about the Gear S2 device, but images on Samsung’s website hint at a smartwatch featuring a circular display and a redesigned UI.

The company is expected to provide more information on its latest wearable at IFA 2015, which takes place in Berlin next month.