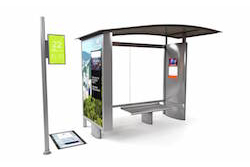 Huawei has revealed plans to expand its start city ambitions for the Netherlands, as rival Ericsson unveiled a new connected bus stop and traffic cloud.

China-based Huawei has signed a Memorandum of Understanding (MoU) with the City of Groningen to explore connected solutions for healthcare, education and safety.

The three-party MoU, signed between Huawei, the city’s government and Groningen’s University Medical Centre, will examine the possibilities of transforming Groningen into a smart city. It is the fourth Dutch city to sign such an MoU with the vendor, joining Amsterdam, The Hague and Tilburg.

Smart solutions for government, energy, tourism, hospitals and emergency services will also be explored under the agreement.

In October last year, Huawei announced plans to up its spend in Europe to €3 billion in 2015 in an effort to boost its presence in the continent.

The vendor said the bus stops could be fitted with touch screens to provide interactive maps and local information for commuters, as well as security features such as CCTV cameras and a “panic button”.