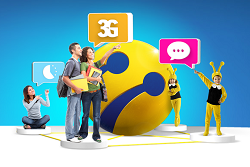 Turkey is still in the dark about when it will finally get 4G, with the country's largest operator saying it needs it to cope with growing data demand.

In an exclusive interview with Mobile Europe, which will be published in full in our August/September magazine, Turkcell CTO Ilker Kurouz said operators are still in the dark as to when a 4G auction will finally be held. He commented: "The expectations are for the end of 2015 but that has not been explicitly communicated with us."

Turkcell has some 35 million subscribers and mobile data traffic has leaped 178 fold since 3G was launched in the country in 2009. Kurouz said: "There is a [growing] need for 4G, especially in the areas where we see a lot of demand for data."

The operator is currently testing LTE-A technology, as it waits for an auction of spectrum. Kuruoz said it is also working on 3G, which covers 86 percent of the country, and recently clocked speeds of more than 60MBps in a three carrier high-speed downlink packet access technology demo.

According to Kuruoz, existing mobile technology will stand the operator in good stead for years to come. He said: “We are still investing in 2G, even though we have very good 3G coverage. All of these technologies will co-exist for the next couple of decades.

“The key thing for us is that 3G technology is on 2100MHz, so it requires the construction of denser cells in the countryside. Turkey has a very tough geography and that’s the key challenge.”

“With 3G, we will increase the co-existence of our 2G and 3G networks and heavily invest on core sites. Recently the Government gave us the opportunity to cover the rural areas of Turkey so we are covering that with cooperation with the state.”

He added the wait for 4G could ultimately benefit Turkcell and its rivals. He said: "This could be an advantage as we had the same thing happen with 3G. When you can't adopt a technology [early], you will have a more mature, more stabilised and more optimised technology."​

Click here to ensure you get your copy of the magazine, which also features an Insight Report on SDN/NFV