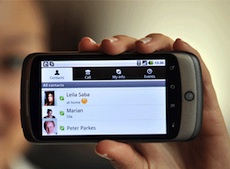 Users of VoLTE are set to break through the 50 million mark this year, although operators are making very little money from it, according to new research.

Infonetics claims there has yet to be a business case established for voice over IP, with the number of commercial VoLTE services hitting eight this month.

The research firm said they expect a further 30 commercial VoLTE networks to launch by the end of this year, with subscribers hitting 51 million by January 2015.

But even when it hits this point, it will be far behind the number of VoIP subscribers, which hit 1.5 billion last year mainly through OTT services.

Asia-Pacific is the largest market, thanks to a mobile penetration rate of more than 100 percent. Usage is most common in China, South Korea, Japan, India and Indonesia.

However, Infonetics warned despite a 12 percent CAGR for VoIP service revenues, many independent companies have an unsustainable business model for the longer term.

Infonetics analyst Stéphane Téral commented: "Dubbing [VoLTE] as 'HD voice' is misleading because there are already 100 high-definition (HD) voice networks running on HSPA around the world. And Africa has the best HD voice networks!"

His colleague Diane Myers added: "In the highly dynamic over-the-top mobile VoIP market, Japan-based Line has topped Skype as the market leader, capturing roughly a quarter of worldwide active users in 2013. Line's been able to successfully think outside the traditional voice box, offering paid services through application add ons like games and stickers that not only create a revenue stream, but also increase usage of core services."

Spending on VoIP, IMS hardware set to slow in 2014