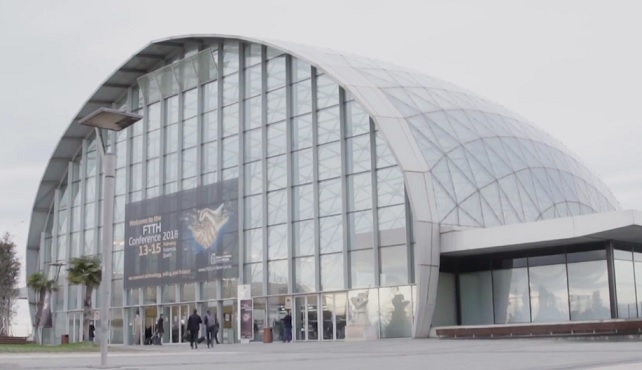 “Incumbents do not have the answer,” was CityFibre CEO Greg Mesch’s characteristically blunt claim during a panel at this week’s FTTH Conference in Valencia.

The exec, who heads up the UK’s largest alternative provider of wholesale fibre infrastructure, was taking aim squarely at BT’s Openreach as he outlined his own company’s ambition to reach 20 percent of the UK.

Mesch followed Openreach Chairman Mike McTighe, who was also on the panel attempting to convince the audience that his company had pivoted to fibre.

The juxtaposition of the powerful but slower-moving incumbent and the combative and agile “altnet” perfectly illustrates the new battleground in the UK, which still does not make it onto the FTTH Council’s list of leading countries.

“The UK is one of the most exciting markets at the moment,” FTTH Council Europe President Ronan Kelly tells European Communications.

The country is “absolutely on the cusp of change,” he adds.

Recent months have seen Openreach commit to reaching three million homes by 2020 with FTTH, the same number of premises TalkTalk has committed to passing with partner Infracapital.

Virgin Media is aiming to reach around two million premises with FTTH as part of its Project Lightning build.

CityFibre, which most recently has teamed up Vodafone to reach up to five million UK premises with the next gen technology, leads a cohort of altnets such as Hyperoptic, which this week trialled a 10GBps home fibre solution and aims to pass two million homes by 2022.

Can they all be successful?

Mesch pulls no punches; the future belongs to altnets and while the incumbent has a role to play, it will be companies like his that drive the change.

“Not having legacy copper makes us quick and fast and cheap,” he says.

“[Openreach] is going to have to run two networks for some time and needs an incremental return on that investment. Hence the consumer price is double. That’s not going away.”

Moreover, Mesch takes credit for the new fibre commitments of Openreach and Virgin Media, saying his company is driving “the whole industry to move faster, leaner and cheaper.”

He hopes that a future switch-off of copper networks will see customers moving onto a range of new fibre networks, not to Openreach as a monopoly provider.

This is also the way that Kelly of the FTTH Council sees the market going, with a range of smaller providers snapping up market share before the incumbent becomes mobilised.

Kelly adds that initiatives by the Independent Networks Cooperative Association to encourage standardisation in these various networks will allow a multitude of providers to cover different areas and then wholesale to each other or consolidate.

The Chairman refutes suggestions that its recent commitment to fibre has been caused by increased competition in the market.

Rather, he says it is the result of a consultation launched in July 2017, through which it took submissions from customers such as Sky, Vodafone, TalkTalk.

“The feedback from that consultation led the Openreach board to conclude that it was right that we start to migrate the infrastructure we have in the UK to being more fibre-based,” he says.

Competitive pressure or not, Openreach’s “fibre-first” mantra is marked change in tone to just a couple of years ago when FTTH struggled to be heard against its plans to sweat its copper network via tech such as G.Fast.

McTighe dismisses as “total rubbish” any accusation that Openreach’s commitment to FTTH is insufficient.

“I believe the commitments BT has entered into achieve on balance the objectives the regulator set out to achieve,” he says.

“It is a compromise but one well made in the interests of UK.”

The event is taking place in Spain, where Enrique Blanco, CTIO of incumbent Telefónica explained how the operator had gone from 1.6 million premises passed in 2011 to over 18 million in 2017.

But asked whether the UK is headed in this direction, McTighe reveals his enthusiasm for fibre is not boundless or unconditional.

“I am not interested in the rhetoric of which technologies get built and the chest-beating associated with that,” he says.

“I’m interested in how much of the UK can access decent broadband today, how much can access it tomorrow, and are we preparing ourselves for the growth of the digital economy.”

The FTTH Council’s Kelly hesitates when asked whether Openreach can achieve a similar feat to Telefónica in the UK.

“Technically yes,” he says. “Culturally is the big question mark for me. Can they make that adjustment?”

He says it is a question of whether you can teach an old dog new tricks.

“When everything you know is copper, every strategy since inception of company has been copper-based and you’ve continued to tell the market for some time that copper is sufficient there is a big awareness campaign to turn that ship around,” he explains.

There are a lot of uncertainties ahead of the UK fibre market, but Kelly’s assessment that it will be “exciting” doesn’t seem to be one of them.

The likes of Cityfibre will continue to believe that the future is theirs for the taking.