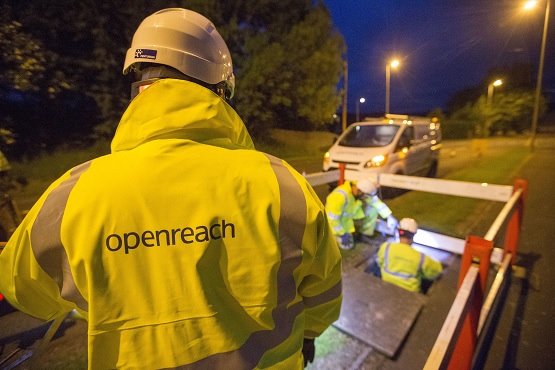 Ofcom has unveiled proposed new caps on the wholesale prices that Openreach can charge to rivals, leading to BT-owned company to warn revenues and profits would dip in the next three financial years.

The draft rules would cap the price Openreach can charge for its basic superfast broadband service, offering downloads at 40MBps and uploads at 10MBps, at £11.92 per month by 2021.

This is a concession to Openreach, which objected to the regulator’s first proposal of £11.23 per month back in March 2017.

The rules will place no price restrictions on the BT-owned company’s fastest wholesale superfast products, including full fibre services.

Ofcom also announced Openreach would not be able to cut its wholesale prices in areas where rivals are building new networks and introduced new minimum service requirements that Openreach must meet by 2021.

It would also have to install 95 percent of connections on the data agreed by Openreach and the customer telco.

While Openreach says its ducts and poles have been open to rivals since 2011, the new rules would place regulatory requirements on Openreach to ensure there is space on its telegraph poles for extra fibre cables and release a “digital map” of its duct and pole network.

In addition, it would be required to repair faulty infrastructure and clear blocked tunnels to allow competitors to access them.

Ofcom said these rules could halve the upfront costs of laying fibre cables for rivals.

The draft decisions follow Ofcom’s Wholesale Local Access market review, which aimed to determine the fair price that Openreach can charge for access to its infrastructure.

The final decision will be made in March following input from the European Commission.

BT said the price changes would impact Openreach’s revenue and profit in the 2018/19 financial year to the tune of between £80 and £120 million and lead to further impacts in the following two financial years in the range of low- to mid-tens of millions of pounds.

It added that Openreach’s costs would increase as a result of meeting the more demanding minimum service level requirements.

Further, it said the net impact it would have on the overall group would depend on dynamics in the retail market.

For example, it said it was considering the implications for competition from BT being unable to vary its wholesale rental charges between different geographic areas.

In BT’s latest financial results for the three months to December, Openreach saw revenues flat at £1.29 billion and operating profit down 6.7 percent at £305 million as copper products declined.

“The measures we’ve set out today will support the growing number of companies who have already announced plans to build full-fibre networks, and open the way for even more ambitious investment around the UK.”

Openreach and TalkTalk have both made recent commitments on FTTH, while Vodafone is teaming up with CityFibre to reach up to five million UK premises with the technology.

The partners this week announced Aberdeen would be the second destination for their full fibre network.