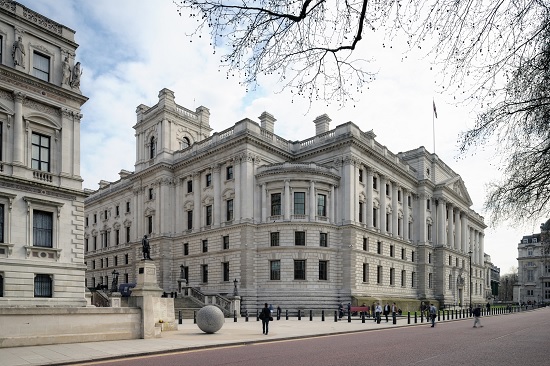 The UK Government has announced it will spend £95 million to fund full fibre projects in 13 locations across the country, as a report from CityFibre revealed the potential economic benefits of the technology.

Announced as part of the Chancellor’s Spring Statement on 13 March, the government initiative follows a tender process that invited bids for the funding that is designed to stimulate uptake of fibre.

Successful projects include turning public health facilities into central fibre hubs that surrounding premises can be connected to.

They also include reusing existing infrastructure and major transport routes to roll out fibre, while others included upgrading public sector facilities such as schools, libraries and emergency response buildings.

The biggest winner was Manchester, which will receive £23.8 million, followed by North Yorkshire with £15.1 million.

The announcement is the first allocation from a £190 million fund designed to support fibre across the UK, as part of the government’s overall £31 billion investment in infrastructure.

The announcement came as CityFibre and consultancy firm Regeneris revealed that building full fibre networks in the UK would directly generate £2.1 billion in economic growth and nearly 7,000 jobs over the next fifteen years.

The report, examining the impacts of installing full fibre networks in 100 towns and cities across the UK, also said a rollout could unlock a range of indirect benefits.

For example, it said £4.5 billion could be found from increased business productivity, £2.3 billion from boosting start-ups, while the ability for businesses to support flexible working could generate £1.9 billion.

The fibre network would also support emerging technologies such as 5G, which will the report said would add £28 billion to the economy, while the IoT and industry 4.0 were slated to add another £10 billion.

Meanwhile, supporting smart cities could bring £5 billon to the economy while supporting healthcare could add £1.1 billion.

Regeneris used a wide-ranging model to make the estimates, including what it called a “conservative” assumption that technological advances would lead to a 2.5 percent increase in productivity and innovation in the next five years and a five percent increase in 10 to 15 years.

CityFibre used the release of the report to call for an “accelerated” roll out of fibre, with CEO Greg Mesch saying: “The UK economy is crying out for a shot in the arm and this report clearly demonstrates that a national full fibre roll-out would do just that.”

The company has teamed up with Vodafone to reach up to five million UK premises with fibre, with Scottish city Aberdeen announced last month as the next destination.

Last month saw Mesch taking aim at the likes of incumbent Openreach during the FTTH Conference in Valencia, saying that it would fall to the smaller providers like CityFibre to cover the country.

The UK still does not make the FTTH Council's list of the leading pure fibre countries on the continent, the benchmark for which requires one percent of a country's households to be subscribed to fibre.