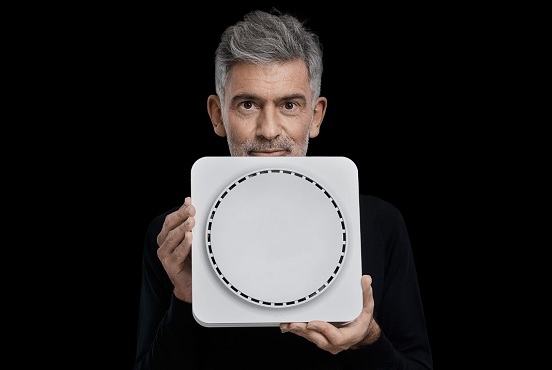 The former Orange subsidiary, acquired by Iliad owner Xavier Niel in 2015, has unveiled what it said was the first ever 10GBps fibre broadband product, alongside TV and fixed telephony services.

FTTH broadband will be provided across 30 cities and regions in Switzerland thanks to a partnership with Swiss Fiber Network, a joint venture comprised of energy providers.

Salt did not specify how many premises were covered by the arrangement.

“Further geographical extensions are planned in the coming months and years,” it said in a statement.

The so-called Fiber Box enables 2.2GBps Wi-Fi and the lowest latency of the market, in addition to double-digit FTTH speeds.

The TV service is based around Apple TV, which acts as the set-top box for Salt’s content offering in addition to the iPhone maker’s various apps and services, including 4K and HDR.

The operator touted cloud-based recording and multiscreen viewing on five devices as other features of its offer.

Unlimited fixed and mobile telephony are included in two triple- and quad-play tariffs that Salt said were markedly cheaper than its rivals.

The broadband, TV and fixed telephony offer comes in at CHF49.95 per month, significantly less than the CHF140 per month tariffs Salt selected for comparison from Sunrise, Swisscom and UPC.

Both Salt tariffs do not include a one-off activation fee of CHF 99.95.

“After several years of planning, development and technological tests, Salt is proud to bring to the market it’s Fiber Box offer, which will revolutionarise the triple play and bundling market.

“Salt Fiber is clearly the most attractive triple play product on offer in Switzerland.

“While giving access to a 10 Gbit/s technology and more than 300 TV channels, it has also by far the most attractively priced offer in the country.

“I am so proud that Salt is revolutionising the Swiss market thanks to this extraordinary offer.”

Regarding Salt’s content offering, the CEO added: “The capabilities of the Apple TV platform allows us to do things we could never do on traditional set-top boxes and maximises the customer experience.

“I am really proud of the result of this cooperation.”