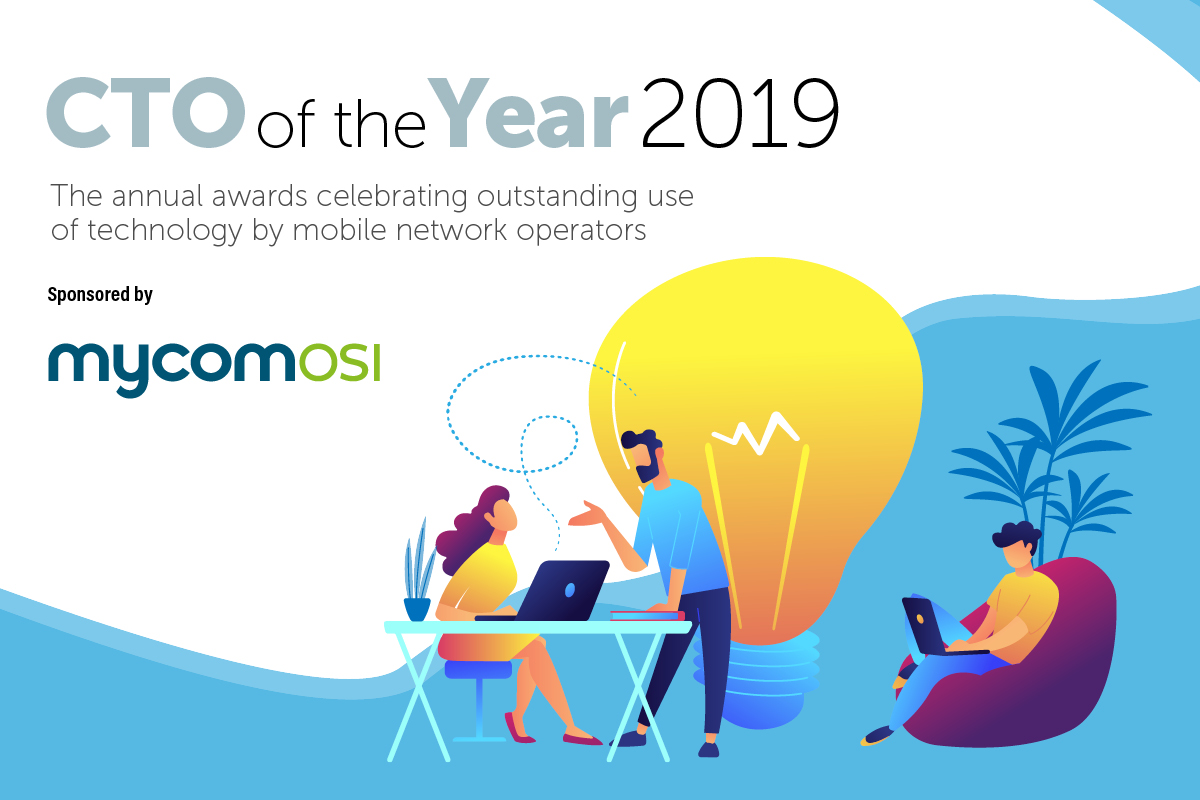 Since launching six years ago, Mobile Europe’s CTO of the Year award has quickly established itself as an essential part of the European telecoms industry. The awards celebrate the achievements of operators across Europe, from the largest Groups with strategies that straddle several time zones, to regional players making the most of their agile size. Coupled with these awards is a must-attend roundtable, where CTOs from across the continent discuss the burning issues affecting them and their organisations.

Mobile Europe and European Communications hosted the 2019 CTO of the Year roundtable discussion and awards ceremony in May which saw two CTOs recognised for their determined pioneering spirit and innovative approach.

Congratulations to the CTO of the Year 2019 winners..

Since Elmar assumed the role six years ago, the quality of Sunrise’s network has improved dramatically. The operator took Swisscom’s crown for having the best network two years running, based on third-party benchmarking, and ran it a very close second by one point the third year.

Most recently Elmar has overseen the deployment of 5G under the banner of ‘5G for the People’, rolling out coverage to more than 150 cities and villages across Switzerland. The first customers started using 5G services for broadband at the start of April.

Boris joined the company in 2012, from Ericsson, and became its CTIO in December 2016.

The judges were impressed by the breadth of his achievements. Just two examples are the total modernisation of the radio access network in just two years, and 59% of households in Croatia now having more then 30 Mbps available and a further 22% households with more than 100Mbps.

Wibergh was lauded for leading Vodafone's extensive 5G innovation strategy, which has spanned its different markets across Europe. The judging panel also noted his influence in steering the agenda of the Next Generation Mobile Network Alliance as its Chairman and focus on improving the performance of Vodafone's networks worldwide.

Gediz Sezgin was singled out by the judging panel for juggling numerous innovative projects. Sezgin has worked on a nationally produced base station, worked extensively on virtualisation projects and led a shift in the operator's strategy from a conventional communication service provider to digital service provider

Yogesh Malik was a worthy winner of last year’s award, impressing judges with his dedication to network transformation, overseeing substantive virtualisation projects across five of the operator’s markets.

A strong advocate of change, Malik is an exemplar of how a CTO needs to push their company into uncharted waters and realises that the old way of doing things is not necessarily the best way.

Geert Standaert showed how size sometimes doesn’t matter when it comes to innovating at the level of its larger counterparts. He stood out for his work within the Internet of Things, jumping early and ambitiously in backing the LoRa standard and placing Proximus at the centre of the technology’s deployment.

He also impressed judges with a wide-ranging approach to telecoms, spanning LTE invention, small cell deployment and experimentation with virtualisation.

Deutsche Telekom’s Bruno Jacobfeuerborn swept to victory as 2016’s CTO of the Year, wowing the judging panel with his broad approach to technology across the Group’s businesses, and his focus on customer facing projects.

Key achievements included his leadership of Deutsche Telekom’s shift towards an all-IP network, ongoing rollout of LTE and innovation within 5G. As chairman of the cross-industry NGMN group, Jacobfeuerborn has been leading the development of 5G standards and use cases.

You can watch an exclusive interview with Jacobfeuerborn below.

EE’s Fotis Karonis’s highly aggressive and one of a kind LTE rollout strategy was at the heart of his CTO of the Year win.

He was hailed by judges as an enthusiastic proponent of technology and its benefits, as well as being savvy enough to handle multiple network transformation projects at the same time.

Since winning the award, he has stepped up to become Managing Director for IT and Mobile Technology across the BT and EE Group.

Telefónica's Enrique Blanco’s reforming zeal for virtualisation impressed the judging panel of the inaugural CTO of the Year award.

Rather than prevaricate, he took the opportunity of the technology and ran with it in an array of trials and rollouts across the company.

He demonstrated the necessary ability of top level CTOs to gamble with new technology, realise its benefits and learn quickly from any mistakes.