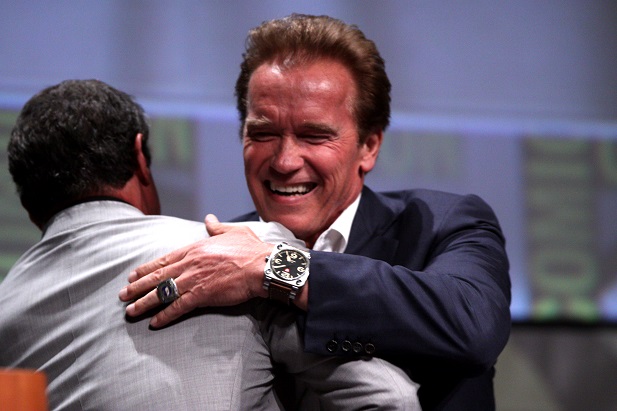 There is no end to the wonders of pizza; as we discovered this week, it played a pivotal role in the mobile industry.

It was over a few slices in Copenhagen that Finnish civil servant Matti Makkonen pitched the idea for text messaging over GSM in 1984. Makkonen, who died this week, was a reluctant pioneer, arguing many others played an important role in building the modern day SMS – it took eight years from the pizza pitch until the first text message was actually sent.

But Makkonen was an important player in the modern telecoms industry, working for both Nokia and Tele Finland, better known nowadays as Teliasonera. In an excellent BBC interview from 2012, he said he was not a fan of textspeak: “My passion is to write correct language (Finnish), using all 160 characters.” He was recognised for his work in 2008, when he was named a winner in The Economist’s Innovation Awards.

Zuckerberg talks telepathy with the Terminator

Facebook supremo Mark Zuckerberg held the latest in his dreadfully named “Townhall Q&A” sessions this week, fielding questions from no less than Stephen Hawking and Arnold Schwarzenegger.  To the latter, he said “the machines don’t win”, which will hopefully put an end to needless Terminator sequels.

The social network bought Oculus Rift last year for $2 billion and Zuckerberg said that technology would become more important for communicating in the future. He said: “We'll have the power to share our full sensory and emotional experience with people whenever we'd like.”

Beyond that? Telepathy, apparently. “One day, I believe we'll be able to send full rich thoughts to each other directly using technology. You'll just be able to think of something and your friends will immediately be able to experience it too if you'd like. This would be the ultimate communication technology.”

James is out at Intel as Qualcomm sticks with chips

At Intel, its President Renée James said she was leaving to find a CEO role at another company. The move has been seen as strengthening the hand of CEO Brian Krzanich, with James' exit just one of a number of leadership changes at the world's number one chipset maker.

James has been at Intel for 28 years and was in the running for the CEO job several years ago. She was appointed President after backing Krzanich to take the CEO role.

Sticking with chipsets, Qualcomm’s chairman Paul Jacobs has said there are no plans to spin off that part of the business, despite agitation from some of its investors.  The investor in question didn't mince its words, dubbing that part of Qualcomm "essentially worthless".

However, Jacobs told Reuters: "We've had that discussion for a long time, many years the board has looked at it but we still think the synergies of having the businesses together outweighs the dissynergies."

Biked up, banking on wearables and Apple Music

The Tour de France begins tomorrow in the Dutch city of Utrecht. As has been the norm for the past 15 years, Orange is bringing a wealth of wireless technology to the event, including a new solar-powered Wi-Fi hotspot to improve connectivity.

Rather cruelly, they will fit three racers with a camera and a microphone, which will allow the press pack to interview them as soon as they finish the race. I’d rather have a drink, an ice pack and a sit down.

Companies are continuing to bypass operators when it comes to mobile payments, after Barclays launched a range of contactless key fobs and stickers that can be used in stores across the UK.

The new products follow a payments wristband that was released last year, which works in the same way as a contactless card.

Finally, Apple went live with its eagerly anticipated Music service this week, after its high profile spat/militarily precise publicity campaign with Taylor Swift (delete as appropriate). The company that started the smart device revolution with the iPod almost 14 years ago has been busy with music, snapping up Dr Dre endorsed accessories make Beats last year and hiring the likes of former Radio One DJ Zane Lowe to host shows. Which band did Lowe play first on his debut Apple show? Spring King. Us neither.

Wireless Week is a new feature from Mobile Europe rounding up the best of the rest in mobile. If you don't follow us already on Twitter, you really should. We're @mobileeurope