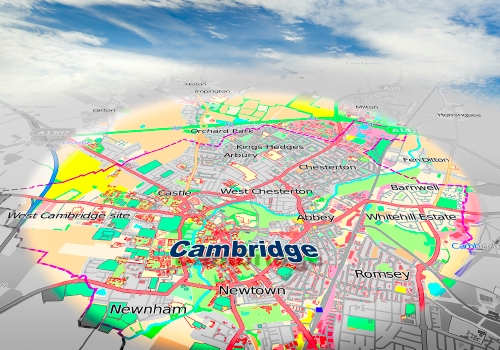 Tests one smart meter, predicts other M2M applications will follow

The network is using five base stations to cover Cambridge, and one base station in a "rural community" south of Cambridge. Neul is also operating an Operational and Management Centre, and providing support for multiple geo-location databases that keep track of the frequency use of TV transmissions and wireless microphone frequency usage.

White space spectrum is the "spare" spectrum between the channels used by TV and other UHF users. White space networks are designed to take advantage of that spectrum by using dynamic databases that identify spectrum that is available for use. Neul said that there are around 20 white space channels available in Cambridge, corresponding to 160MHz in total in the UHF band between 470MHz and 790MHz. (Neul points out that this is more spectrum than was made available in the whole 3G auction.)

A statement from Neul to Mobile Europe said, "The trial was explicitly set up to test the premise that dynamic spectrum access using geo-location enabled devices would be capable of coexisting with TV broadcast and wireless microphones. And the good news is that, following extensive trials with a wide variety of parties, it does! Good news for the industry. White space is now 'good to go' for commercial deployment."

Neul said that its network is now likely to become a "hotbed" of device innovation - providing developers with a real world network within which to test their applications. It has already ben approached by several device vendors, meaning that several new applications could go live over the coming months, the company told Mobile Europe.

The current trial is taking live readings from one specially adapted smart meter, provide by Bglobal Metering. Neul said that the smart meter reading is designed as a proof of concept, and that a wider roll-out is planned in Lancashire (in North West England) soon.

Neul's position is that whitespace technology is ideally suited to the support of the internet of things - the billions of connected devices that are predicted to be deployed over the next decade. LTE

Neul is behind the open Weightless white space radio protocol for M2M applications - that it hopes to make a standard for M2M applications in whitespace spectrum. It said that Weightless reduces the overhead on transmit packets to a bare minimum, while maintaining a high level of secure encryption. Devices will attempt to transmit, rescheduling their transmit packets as required. This allows devices to transmit reasonably quickly in what could potentially could be 'noisy' shared/free-to-air spectrum.

This lightweight nature also ensures that an extremely high density of devices can be maintained - up to a million per cell. This is the vision that will enable ubiquitous long range communication devices, Neul said.

“Mobile networks are great for people but terrible for machines," Co-founder and board member Glenn Collinson said. "At Neul we are today demonstrating that the smart city can happen now with 'Weightless'."

"Mobile broadband is too expensive for 'things' in the smart city. Also mobile broadband means battery powered devices would need changing far too often. And all those sensors would load the cellular networks to such a level that there would be little network capacity left," he continued.

Neul said other M2M/embedded applications could include: