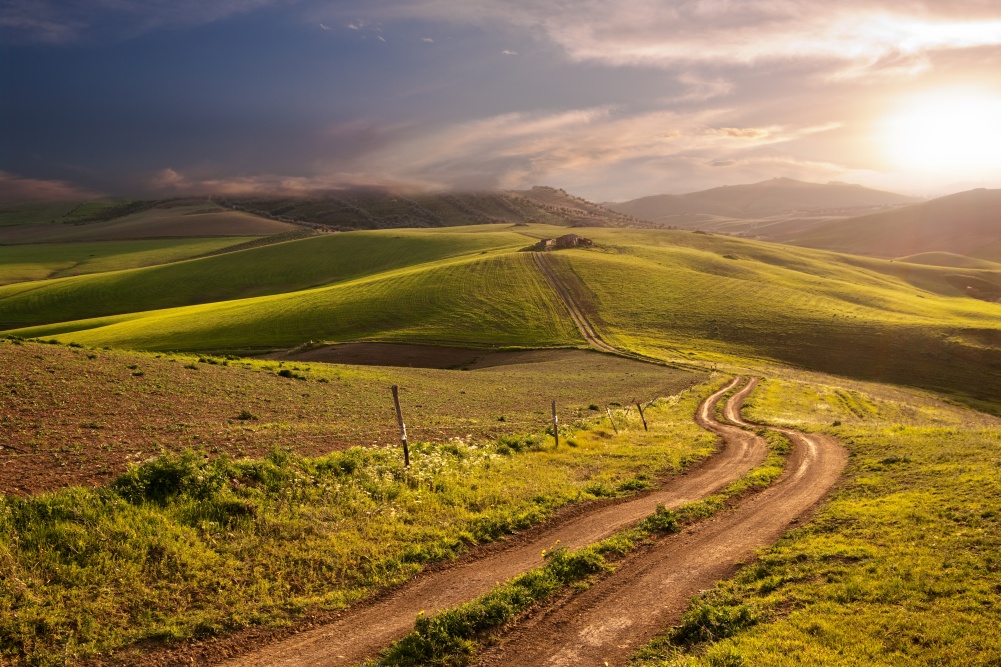 Less than a quarter of telcos run applications in the cloud, but they are finally readying themselves for the trek, Nick Booth finds.

There is a consensus that all applications will eventually go to the cloud (or be retired), but as Mark Newman, Chief Analyst at TM Forum, observes, the telecoms industry is among the last to start the journey. Even notoriously late adopters like the security and government sectors have taken to the cloud quicker.

So why are telcos lagging? One factor is that they are too big to make changes fast: “This space is dominated by an oligopoly of multi-nationals with multi-billion revenues,” says Newman.

In the meantime, some smaller telcos have had great success in migrating applications to the cloud. For example, Ucell Uzbekistan started its migration four years ago with the help of ZephyrTel, a specialist in public cloud software for telcos.

Ucell’s first step into the cloud was a customer experience management app, ResponseTek. Customer feedback might not be seen as mission critical, but it certainly gives operators instant information about what customers are experiencing.

It provides important input into operators’ efforts to shape experiences, services and processes through in-depth and in-context insights.

These improvements can be used to build other, possibly weightier, automated responses that could also lower running costs. “We’re continually developing our offerings to revolutionise the cost equation for the industry,” says Michael Speranza, CEO at ZephyrTel.

The international mobile virtual network operator (MVNO) Truphone has also shown how costs can be slashed by migrating applications to the cloud. It moved its real-time charging to the Google Cloud Platform (GCP) and was able to replace 5,000 manual tests with 200 automatic jobs.

This eliminated CapEx and shrank the total cost of ownership by 60%. Truphone claims its public cloud database is ten times cheaper and faster than Oracle’s.

Larger players, however, face multiple difficulties in preparing for and making the move to the cloud. For one thing, telcos are not, for example, enjoying injections of venture capital to tackle the issues on the scale that the financial sector is.

Many, including Speranza, argue that, “Invention should come from within,” but critics say many operators wasted a lot of time, money and internal resources on the wrong things, like trying to become content providers.

Examples include AT&T in the US, which, after four eye-wateringly expensive attempts over the last four decades to become a content provider, has landed pretty much back where it started – providing connectivity – but is now lagging behind its rivals in 5G build-out.

On this side of the Atlantic, after its 2012 decision to invest in expensive football broadcast rights, which didn’t bring the expected returns, instead of infrastructure, BT is still scrambling to lift the UK from having one of the lowest fibre penetration rates in Europe.

Telecoms analyst Dean Bubley comments, “Instead of chasing the likes of Netflix et al, they should have invested in R&D, systems integration capabilities or partnerships.” He adds that had the money been spent on B2B specialisms – that will be supported by 5G and OpenRAN – for specific sectors, it would have made the public cloud “a friendlier place” for operators.

A few pioneers aside, where are operators on their cloud journey? On a scale of one to 10, they are at about 2.5 says Speranza, suggesting that they lack the leadership to take the bold, aggressive steps.

Still, the journey of a thousand miles begins with a single step and, according to Speranza, the first step involves moving applications, while the last will be shifting network operations to the cloud, because, among other things, there’s a question about the public cloud’s real-time response times. “There’s a prove-it-to-me mindset on the networks,” he says, which is not surprising given the decades of the network engineering five-nines ethos.

System resilience, fault tolerance, disaster recovery and scalability are the key functions that most need redesigning for the cloud, but they are stumbling blocks too, according to Speranza, because communications service providers (CSPs) implement technology in outmoded ways. “The way they deploy servers reminds me of how apps I wrote 20 years ago addressed the machinery,” he says.

Cost savings are a big driver though: historically operators duplicated everything they bought for the sake of resilience – hardware, software, management capabilities and entire data centres that largely stood idle as redundancy fall-backs. There are huge, obvious savings to be made by using the cloud model to avoid duplication without sacrificing resilience.

Human redundancies are another hurdle, particularly in Europe, where operators are often seen as part of the state (and indeed in many countries the government holds a so-called golden share) and workers’ rights in some countries are better protected than elsewhere else in the world.

CSPs tend to employ large, dedicated teams to run technical and manual tasks. As higher levels of automation are enabled, in part by the shift to cloud, they are no longer needed. There is the cost of laying people off or finding them new jobs: Three UK cut 67% of IT jobs and 33% of IT costs with its early move to the cloud in the shape of Microsoft Azure.

Financially, these heavy costs are somewhat offset by massive savings on licences. CSPs’ private clouds spend staggering amounts of money on software licences that are available for “pennies” with the public cloud, Speranza claims.

For instance, Vodafone Italy uses five different AWS services with personally identifiable information (PII data) to scale its subscriber top-up services securely and elastically. In doing so it has cut CapEx by 30%.

BSS OK, OSS not so much yet

The jury is split on the issue of business and operations support systems (BSS/OSS). Customer-facing BSS were among the first things telcos moved to the cloud, but the OSS that monitor, analyse and control the services on the network are a different matter.

The OSS need instant response times, not the near real-time typically provided by public cloud, which is good enough for most BSS applications, says Speranza.

However, response times in the public cloud can improve, through putting resources at the edge of the network. South Korea’s SK Telecom uses AWS Wavelength and cut latency by 60%, to 1ms. The operator is using this super low latency to support robot deliveries, autonomous driving, cloud gaming and healthcare.

In June, Vodafone UK announced it too would use AWS Wavelength to offer what it says are the first multi-access computing (MEC) services in Europe.

All in or don’t bother

CSPs are recognising that they need to move to the public cloud, rather than sticking with what Royston calls the “fake cloud”. She argues that all the CSPs’ problems can be understood, addressed and solved by public cloud, but the plug and play benefits of public cloud cannot be realised if CSPs decide to become cloud native and adapt their IT systems to run in public and private environments.

This is because, Royston says, they will not be able to just plug into the predefined services that public cloud providers offer.

She stresses, “You are not just parking your apps, this is your chance to rethink your entire IT and network model, top to bottom… You can refactor it and get leaner code and use technologies. The move to the public cloud will require CSPs to be ‘all in’.”

DISH Network, the US wireless and data service provider, exemplifies the rewards for making this leap of faith. As part of the regulatory remedies around the Sprint-T-Mobile merger last year, DISH is set to become the fourth national mobile network. Like Japan’s Rakuten Mobile, it is building a 5G network from scratch, rather than gradually upgrading existing infrastructure.

“DISH set the agenda by going all-in on AWS infrastructure. It's not just the BSS, it's the entire network: RAN and core. If you're a CSP still deploying on-premise, your five-year CapEx decision is doomed to be a write-off the day you make it,” says Royston.

VMware reckons the operators’ path was made easier by the recent launch of its VMware Telco Cloud Platform RAN (VTCPR). The platform promises to create a modern, open and disaggregated radio access network, with virtualised RAN functions.

The implication is that launching off this platform will be easier than reading out its name. VMWare says this platform gives CSPs their best shot at creating 5G services that people will actually pay for, says Sanjay Uppal, GM of VMware’s Service Provider and Edge division.

Many new services enabled specifically by 5G can only work if the operator can host apps at the edge, close to the customers, rather than the old-school centralised network communications hardware.

However, the modern generation of software functions that used to run have been separated from the hardware and have travelled to all parts of the cloud, residing close to the devices that need them.

VMware says its VTCPR liberates those RAN functions from the metal boxes that house the original, tightly integrated RANs, so RANs now have virtual network functions (VNFs) and containerised network functions (CNFs). Being small, quick and versatile, they fit almost anywhere and can be aggregated to any size.

VMware claims the combination of MEC and network slicing will run faster and help CSPs cater for the needs of different industries and verticals.

Keeping networks safe in a virtual, open world will be crucial. In any migration, there are always casualties, as the exposure of the vulnerable attracts predators. The evolving CSP will have multitudes of new vRAN sites and devices connecting to the RAN that potentially provide a target for the service deniers and the ransom demanders.

VTCP tackles the security challenge by creating and pushing out consistent security policies to all its RAN sites. This approach is designed to reduce configuration errors and prevent changes from creating new risks, and, as a precaution, each vRAN function is isolated within the virtualisation layer, separating them from other systems.

VMware’s VTCPR is based on its own hypervisor, vSphere ESXi, which virtualises RAN functions and distributes them to containers which are then managed by Kubernetes.
As easy as that?

“Containerisation has dramatically speeded up and simplified cloud migrations,” says George Glass, CTO at TM Forum. He notes that breaking applications out of the operating system, into their constituent services, could make them cloud-native much more easily.

However, Daryl Schoolar, Practice Leader, Fixed and Mobile Infrastructure, Omdia, sounds a warning note: “Before we get there, operators must figure out how to transition without disrupting their services. That’s quite a task.”

This article originally appeared in the July edition of Mobile Europe & European Communications, which can be downloaded from here free.