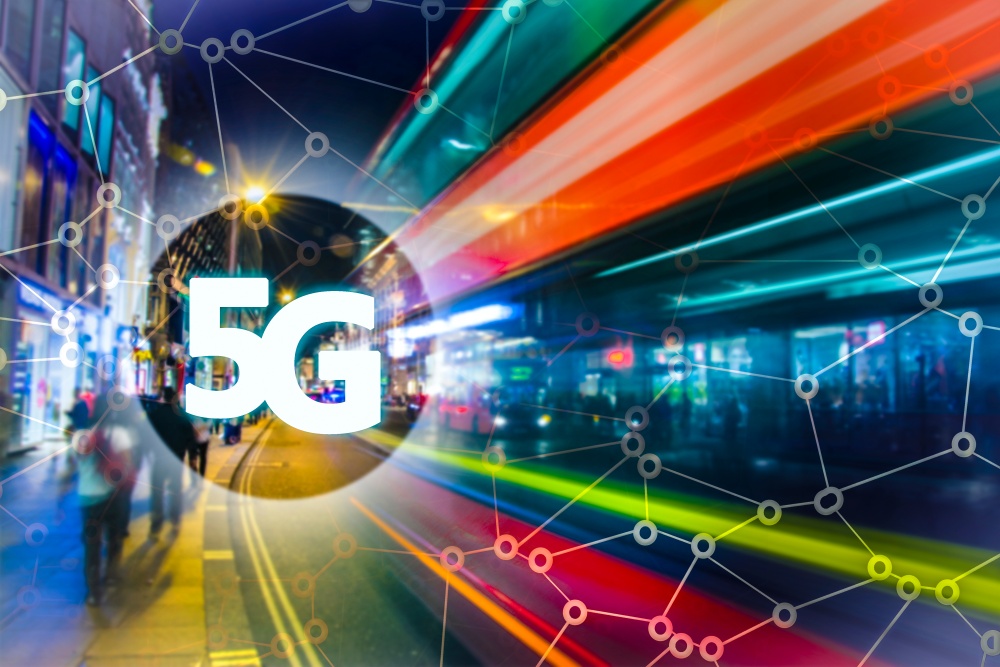 A new report by CCS Insight predicts strong 5G adoption is expected in the next 18 to 24 months as part of the global macroeconomic recovery. This will include accelerating network deployments and the price of 5G-capable phones plummeting, combined with a greater appreciation for high-quality connectivity among consumers and businesses in the wake of the pandemic.

"Although our near-term expectations have been dented, we remain optimistic that the global mobile industry will overcome these temporary challenges and will achieve 3.6 billion 5G connections worldwide in 2025", notes Marina Koytcheva, VP of Forecasting at CCS Insight.

By the middle of the decade, more than 75% of mobile phones in the advanced markets of North America, Western Europe and Asia–Pacific will have transitioned to 5G networks.

“In some pioneering countries, 5G is on the verge of hitting the mass market,” explains Kester Mann, Director of Consumer and Connectivity at CCS Insight. "Consumers' thirst for connectivity is stronger than ever, and accelerating network roll-outs and affordable smartphones are making 5G increasingly accessible".

South Korea and China lead in 5G deployment of 5G: a fifth of mobile phones in South Korea are on 5G networks, and China is on course to achieve this milestone in 2021, where seven out of 10 smartphones sold in the first three months of 2021 had 5G capabilities.

US to regain status

The US was first to launch 5G but only promoted it only tentatively for almost two years. In the last six months, though, carriers have started pushing it hard, particularly since 5G iPhones became available.

This push will see the US regain its status of a 5G front runner in 2021.

Progress in Western Europe has been mixed. Delays to spectrum auctions during the pandemic have held up network deployment in some markets such as France, and government posturing over the role afforded to Huawei has brought uncertainty.

However, these delays were not as lengthy as many feared, and some operators have moved quickly to sign agreements with alternative providers of network infrastructure.

As a result of spectrum allocation, network progress and the growing prevalence of 5G phones, which will account for more than half of phone sales in the region in 2021, most Western European countries are now not too far behind the region's pioneers in Switzerland, the UK, Finland and Germany.

"We have to give a nod to the role that smartphone-makers are playing in getting 5G handsets into people's hands, with prices set to drop as low as $150 in 2022", continues Koytcheva.

The global mobile phone market was dealt a significant blow by the pandemic and shrank by 13% in 2020. Although its growth will remain sluggish in 2021 at just 6%, suppressed by volatile demand and short supply of major components, the 5G segment will flourish and one in three mobile phones sold worldwide in 2021 will feature 5G.

Importantly, 5G growth won't be confined to the most advanced markets in the next five years, even if less developed economies are slower to launch 5G as they continue to reap the benefits of 4G. India is one such country, where fierce competition between mobile operators and ambitions for home-grown solutions have the potential to lead the adoption of 5G.

Two other areas of growth for 5G have received plenty of attention but will have limited effect in the next five years. The Internet of things is set to benefit from 5G, but the pandemic has caused delays to standards and commercial deployment, so the number of connections in this space will remain unimpressive until at least 2025.

Additionally, 5G fixed wireless access is likely to remain a niche technology, confined to a supporting role alongside traditional fixed-line networks in many markets.

Risks to the exact mode and speed of 5G adoption remain, ranging from the unpredictable nature of the global pandemic and the high uncertainties facing the world economy, to the short supply of components for smartphones and other smart devices.

However, the mobile industry has firmly stepped on the path of upgrade to 5G and short-term challenges will do little to hinder its long-term progress.

A summary of CCS Insight's new forecast for 5G connections is presented in the chart below. 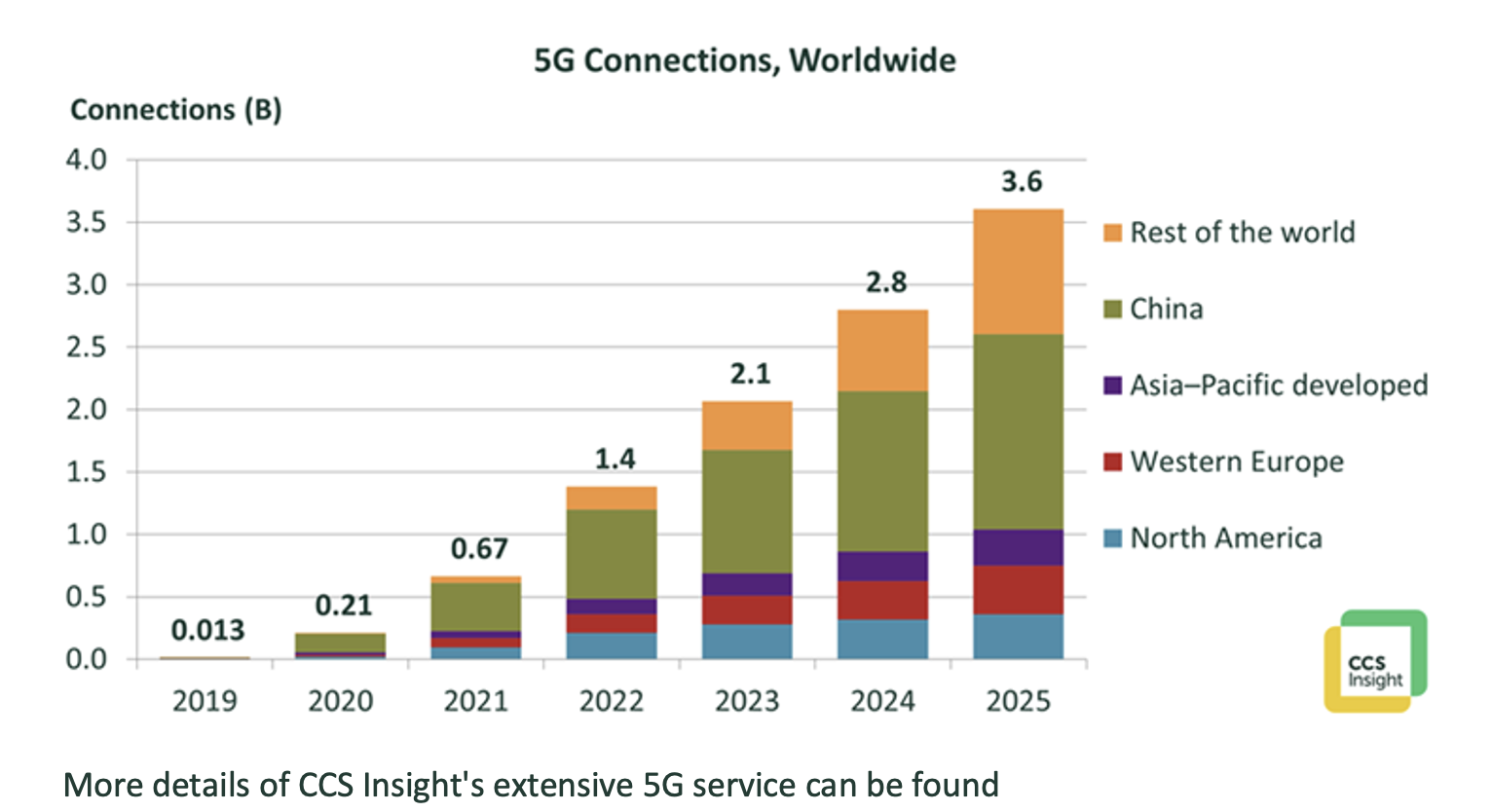