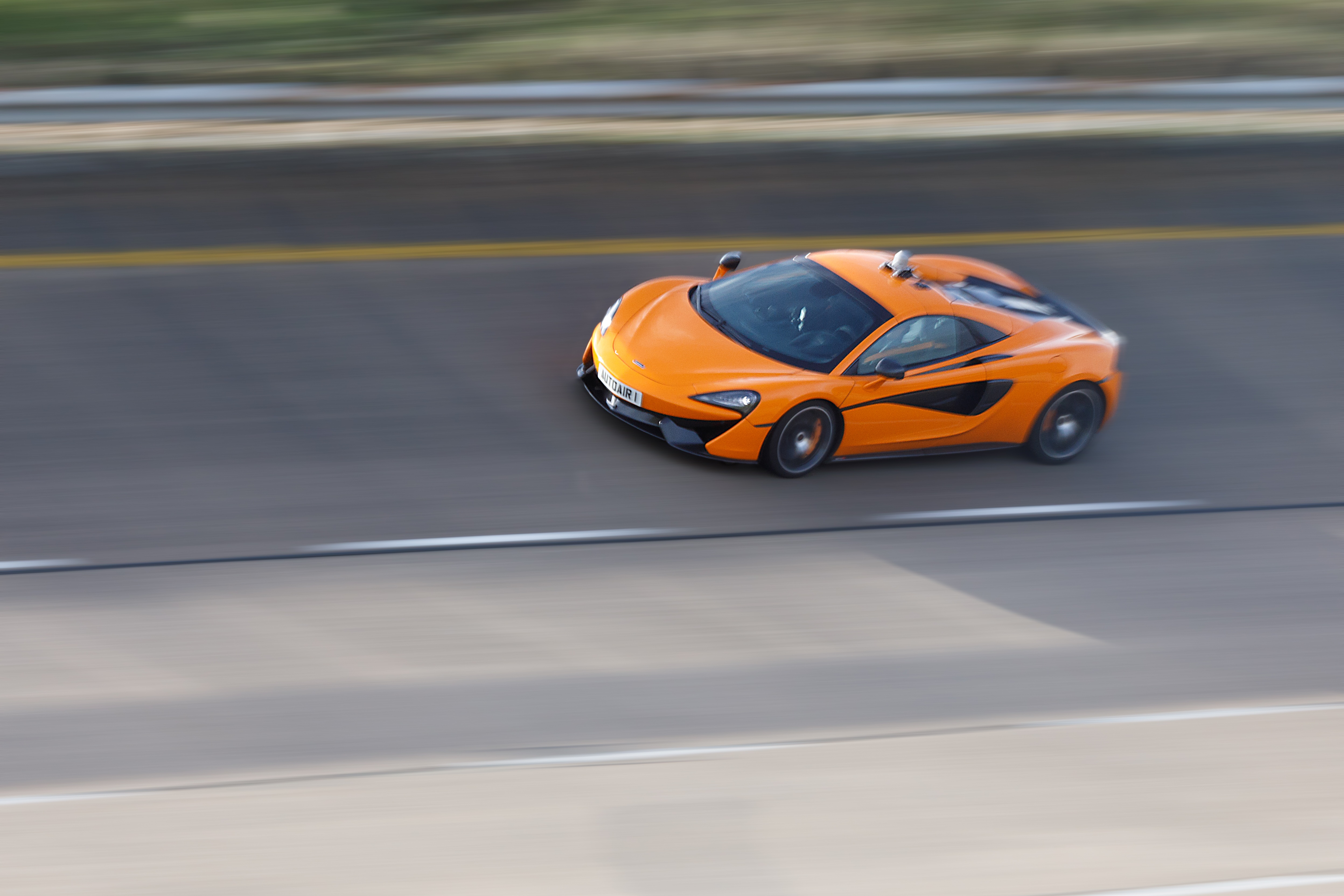 Like many tracked journeys, the progress of the connected autonomous vehicle is inconsistent and is taking longer than expected, writes Nick Booth. (Picture: Millbrook, Stuart Berman)

The products aren’t the ones we expected, the delivery time keeps changing and the destination isn’t certain. We were promised a dazzling electric future, but instead we are confronted by dark holes in the infrastructure.

For Europe’s communications service providers, the top three variables to concentrate on are industry standards, competing products and delivery. Network operators can be agnostic about the first two – they can work with any make of connected autonomous vehicle (CAV) and whatever acronyms run under the car bonnet or hood – but the third issue is crucial: who will be in control of the car? Will network operators be in the driving seat, so to speak?

Micromanaging connected and autonomous vehicles, which in effect are data centres on wheels, will be tough for network operators, and operators are known for their intransigent and monumental silos of data, according to Danny Shapiro, Director of Automotive at chip maker NVIDIA. His company is re-engineering its processors for industrial IoT (IIoT) and connected vehicles, and the four terabytes of data traffic that will bounce between the CAV and its environment are driving many new chip designs.

While operators are confident about handling the network, the re-engineering of data processing will be tricky, says Shapiro. Historically, telcos managed their data silos in the same way unstable, three-wheeler cars like Robin Reliants handled corners – badly. If speed and low latency are essential, will the data processing tip over?

Vendors claim the CAV’s eyes and ears (Lidar, Radar and Sonar systems) have reached the point where they can spot a pedestrian at 200 metres. However, in November Britain’s independent testing agency, the National Physical Laboratory (NPL), issued a report questioning the perception of CAVs. “The testing of sensors and fused systems is not standardised,” warned Andre Burgess, NPL’s Head of Digital Sector Strategic Partnerships, adding, “Sensor suppliers can’t characterise the limitations of their products well enough to give accurate representation to vehicle manufacturers.”

There is better news on comms standards. The GSMA is confident that all the data from these vehicle-to-vehicle (V2V) conversations can be processed simultaneously with all the other types of exchange, from vehicle to infrastructure (V2I), to networks (V2N) to people, pushbikes and pavements (V2P).
They are all are lumped together as cellular vehicle-to-everything or C-V2X, which promises universal understanding between devices and no boundaries between the vehicle and its environment. The GSMA also assures car makers that LTE (long term evolution) is a metaphorical jam-free conduit between two generations of mobile telecoms (3G and 4G).

Meanwhile today’s service providers are travelling on the de facto standard roads. For Mark Thomas, VP at connected car service provider Ridecell in the US, the technology that works first tends to become the standard. “The conversations are so varied that you end up looking to the leaders in those arenas to set the agenda. For 4G and 5G connectivity, the telematics vendors are in the driver’s seat,” he says.

The US Department of Transportation One proposes 802.11p as an alternative for handling dedicated short-range comms (DSRC), but the GSMA insists C-2VX has a global ecosystem of 130 mobile operators, networking kit manufacturers, car makers and various types of service supplier behind it.

The GSMA also insists that only C-2VX will be reliable and ‘real-time’ enough to keep pace with speeding cars and packets of information in dense traffic conditions. When 5G networks are built out, the C-V2X standard will have evolved from 4G LTE networks to 5G NR (new radio) V2X. This is the only way to harness 5G while maintaining backward compatibility, it argues.

However, those experienced in systems integration don’t think it will be that smooth. In November NVIDIA staged an Everything is Changing in the Network seminar online. Host analyst Scott Raynovich of Futorium asked computing vendors, software developers and service providers about CAVs running on 5G.

It would be a step in the right direction but, because virtualisation will be such a huge change, we should expect “a few [metaphorical] car crashes” was the verdict from David Iles, Head of Ethernet Switch Technology at NVIDIA.

If the CAV 5G IoT were a car, early models might wobble and weave, bursting with mismanaged passengers before the doors fall off. Expect some circus acts from 5G, was Raynovich’s own verdict.

CSPs should buy in some AI and hire data scientists, advised Peter Phaal, President of network traffic monitor, InMon: ‘If there was something wrong with our car, we made do with duct tape. AI is going to be the duct tape we use to patch up 5G.”

Operators must optimise their network for M2M connectivity, and have the right licenses and connectivity agreements in place, says Mikaël Schachne, VP for Mobility and IoT Business at BICS. The CSPs should expect tough 5G investment conversations. “There will be a crowd of operators, manufacturers and verticals from logistics to insurance shouting show me the money,” predicts Schachne.

Not so hard for hardware

Meanwhile, the hardware is on course. On test tracks in California, CAV maker Pony.ai has gone in value from nought to $5.3 billion in front of an admiring audience of venture capitalists willing to invest. Pony is competing with AutoX, Waymo and Zoox to reach Level 4 Autonomy (see graphic), a state of intelligence that allows a robot-taxi to move people around uncongested areas like colleges, industrial campuses and tiny towns. Robo-taxi operations have already been licensed by California’s Public Utilities Commission.

In the UK, O2 is testing driverless cars at the Darwin SatCom Lab in Oxfordshire. One proof of concept tracks the CO2 emissions of vehicles using Lidar sensors, with satellite used to track the distribution of vehicles and their effects on local biodiversity.
Meanwhile, the 5G Urban Connected Communities scheme aims to establish testbeds across the West Midlands. O2 activated its 5G network for autonomous vehicle projects at the Millbrook Proving Ground in 2019 and Jaguar Land Rover has told Ireland to expect a connected car testing hub in 2021 as part of a smart city initiative.

Some 5G-ready tests are taking place under real-life conditions at Vodafone’s 5G Mobility Lab in Aldenhoven, Germany. Vodafone is working with Continental to create a digital safety-shield for cyclists and pedestrians, using C-V2X direct communication and edge computing over 5G.

In Europe Bosch, Huawei and Vodafone Deutschland passed their C-V2X driving test on the A9 main road in Bavaria, Germany. Deutsche Telekom is working on this too, with Skoda Auto in the Czech Republic.

Building the support infrastructure, meanwhile, involves more than networking and electricity charging points – though these are substantial enough challenges.

Every vehicle component, from the tyre gauges to the big end and the battery, will be in constant conversation with a management system, reporting on how each is faring. Bosch is helping to shape how maintenance is offered much more pro-actively, applying the principles that Formula One racing has taught the car industry about IIoT for vehicle maintenance.

There are other CAV conversations taking place on a completely separate level and different channels, but their delivery is almost as critical, according to Oliver Döring, Porsche’s Financial Strategist and Risk Manager. Porsche is the first car maker to use blockchain as a foundation to build a new prototype network. If successful, it would make Porsche and partner Quantoz, a Dutch blockchain specialist, the model for service providers to copy.

The Porsche/Quantoz model fine-tunes all the human transactions, such as locking and releasing the vehicle, self-driving and taking care of finances, such as paying for parking and road or bridge tolls, energy bills for electric car charging.
Blockchain’s growing importance to car makers exemplifies how the movement of data needs to be re-engineered, so there are more local journeys made by information. This means using technologies such as edge computing and blockchain so that decision-making is distributed and devolved.

The mistake that CSPs might make is that too many people confuse distributed comms and decentralised decision-making, says UCL Associate Professor Jean-Philippe Vergne. His study for University College London, Decentralized vs. Distributed Organization: Blockchain, Machine Learning, and the Future of the Digital Platform, examines the misconceptions about centralised digital systems, the very type traditionally favoured by telcos.

Porsche says blockchain not only gives car users control of their data back, it can localise much of the data processing and decision-making. At the risk of over-simplifying this complex issue, the beauty of blockchain is that it minimises the volumes of information that need to be shifted by the CSPs, making the volume of data traffic less of an issue.

The re-engineering of data processing, network traffic loads and edge computing will be the foundation on which completely autonomous driving will be built, says By Dr Paul Carter, CEO of mobile network benchmarking firm Global Wireless Solutions.

The most promising option will be 5G, but there are many issues that need to be settled before the insurance industry will underwrite any automated drivers, says Carter. More wireless network standards and public infrastructure development is needed. Evidence of operators having a plan B is a key concern, says Carter. “What happens in the event of a network failure? How will network or technology redundancy be handled to ensure continuous availability of coverage in case of an intermittent 5G signal?” he asks.

Without complete coverage and alternatives in the event of failures, CAVs will have to wait for offers of comprehensive insurance, which puts the brakes on for fully autonomous vehicles for the foreseeable future.