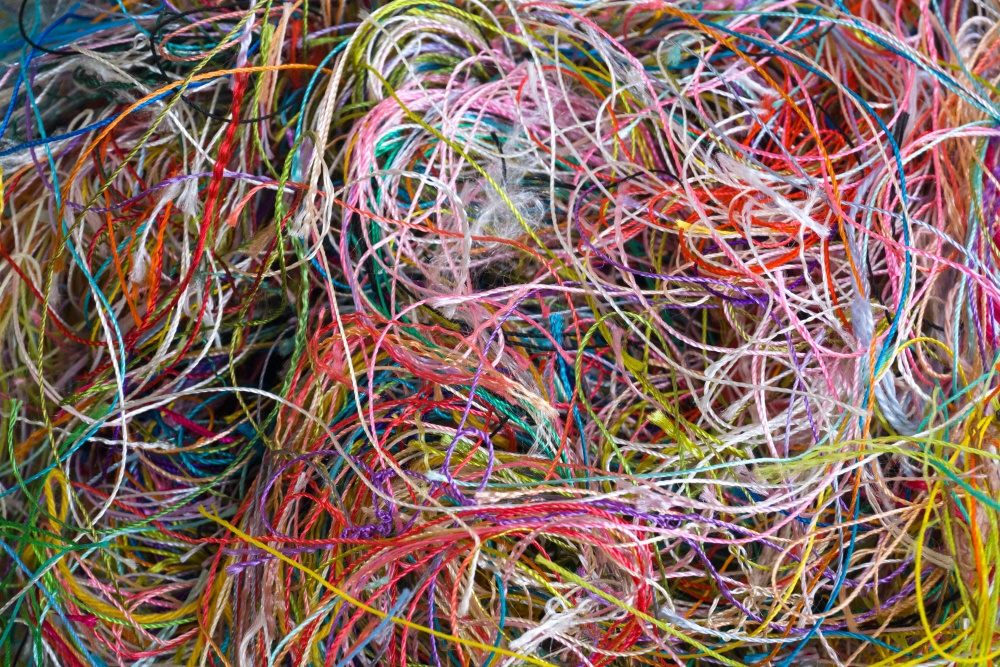 In some ways, IoT is a bit of a stitch-up. On the surface, it’s a straightforward proposition that addresses real demand from customers, while for the supplier there is the possibility of massive growth in connections and revenue. However, variances in customers’ connectivity requirements and budgets, competing network technologies, and limited network coverage – exacerbated by geographical boundaries – belie that surface-level simplicity.

What’s more, there is no set pattern to follow in this unchartered territory, no model for untangling this complication and rearranging it into a coherent offering – although some have recognised the problem and are trying.

“The bottom line is, at the moment everything is very fragmented. You’ve got quite a lot of different approaches and different technologies being rolled out,” says Matt Hatton, Founding Partner of Transforma Insights, a research firm tracking the progress of digital transformation, including IoT.

Transforma predicts there will be 24.1 billion active IoT devices by 2030, up from 7.6 billion at the end of 2019. Some 72% of those devices are expected to connect via short-range networking technologies, like Wi-Fi, BlueTooth and Zigbee.

When it comes to the low-power, wide-area network (LPWAN) segment, overall connections are expected to hit 4 billion in 2030. 5G massive machine-type communications (mMTC) – the term Transforma uses to describe cellular IoT networking technologies like NB-IoT and LTE-M – is forecast to account for nearly two-thirds of those connections. Technologies that use licence-exempt spectrum, like LoRaWAN and Sigfox, are expected to account for the remaining third.

These forecasts paint a picture of fragmentation and complexity that needs to be carefully managed to avoid stifling adoption. “We’re in a funny kind of situation where we’ve just had effectively four new technologies – NB-IoT, LTE-M, 5G and, to an extent, LoRa, being dumped on the operators, and they have to do roll-outs and roaming agreements and things like that,” says Hatton. “There’s a little bit of shaking out to do.”

The shake-out is likely to come later; right now, players are still jockeying for position. For some that means putting themselves front and centre in the market. “We provide our own cellular networks on 2, 3 and 4G, and using our IoT Global SIM we enable our customers to connect to over 400 networks across 180 countries. We also have 5G networks in seven countries in Europe, as well as NB-IoT in 18 countries,” says Phil Skipper, Head of Business Development, Vodafone IoT.

Vodafone has been recognised as being the leading operator for managed IoT services worldwide by Gartner (see graphic).

Clearly Vodafone is firmly in the cellular IoT camp, although it is keen to point out that its customers don’t view IoT through a telco lens. “Typically, customers buy business solutions rather than communications networks. As such, we offer our connectivity as a managed service to allow organisations to focus on their business while we focus on providing them [with] the best connectivity,” Skipper says.

In November, Vodafone UK launched a new range of IoT services in partnership with IoT.nxt, which is majority owned by Vodafone Group’s South African unit, Vodacom. An end-to-end offering, it comprises devices and sensors, a data management platform and professional services. One of its chief aims is to lower the barriers to IoT adoption.

“Our objective is to make it easy for customers to understand which is the best connectivity for their application and make it simpler to implement, so they can start realising the benefits that come with IoT,” says Skipper. IoT.nxt is one of several IoT solutions specialists to have been acquired by Vodafone over the years. Others include German IoT solutions provider Grandcentrix, South Africa-based Mezzanine and Greece’s Innovus.

“We have also built a strong capability across a number of IoT verticals, such as utilities, automotive, manufacturing, logistics and health, where we can provide the insight required to enable our customers to create and deploy solutions internationally and across widely differing regulatory regimes and operating models,” Skipper explains.

Vodafone wants to claw its way as far up the value chain as possible by being a vertically-integrated, one-stop-shop for IoT, but that approach doesn’t suit everyone.

“We believe that it’s the best fit between partners if we provide our strengths and combine them with the industry use case and the know-how of our customers. Doing it this way means each party can focus on what it is best at,” says Julian Dömer, Head of IoT Business Customers at Swisscom.

For Swisscom that means, “Supporting customers with technical expertise, economy of scale on infrastructure and platforms, and resource pooling for professional services,” he says. “Use case or vertical expertise, which is clearly the domain of our customers, is not for us.”

Like Vodafone, Swisscom offers a global IoT SIM – an eSIM in this case – for overcoming those geographical boundaries and drastically simplifying the process of provisioning multinational IoT connectivity for enterprises. However, unlike Vodafone, which is keen to maximise its use of cellular technology, Swisscom has hedged its bets, rolling out a nationwide LoRaWAN network in Switzerland.

“We have the necessary know-how and capabilities to abstract the underlying technology – cellular, LoRaWAN, BlueTooth, Wi-Fi etc. – so that the customer can manage its use cases through one seamless interface,” Dömer explains.
Swisscom believes, again like Vodafone, that customers first and foremost want business solutions that work for them.

As long as the connectivity is available, reliable and affordable, then the network technology itself is less of a priority. It seems to be the prevailing attitude, particularly on the non-cellular side of the IoT market.

“The customer does not care about the technology. The customer cares about savings, about potential new revenues, potential new benefits,” claims Remi Lorrain, EMEA vice chair at the LoRa Alliance and global LoRaWAN networks director at semiconductor maker Semtech.

“It’s up to the operator or the systems integrator to propose to the customer the best solution. This solution can be a multi-radio access network solution, or can be only LoRaWAN or only cellular, depending on the use case,” he says.

“In France, Orange operates LoRaWAN and LTE Cat-M1, and they are positioning the two technologies for IoT very differently,” adds Lorrain’s colleague, Olivier Beaujard, Senior Director of the LoRa Alliance and senior director, LoRa ecosystem, at Semtech. “It’s use-case dependent, so they will ask the customer about bandwidth needs, latency etc., so they can narrow down the application,” he says.

“End customers don’t really care what the connectivity is, it’s just forming an infrastructure to them,” agrees Lawrence Latham, CEO of wholesale LoRa network operator Everynet. “At the end of the day, they need their data and then there’s certain price points they’re willing to pay in order to get that.”

In October, Everynet announced a partnership with Spain-based towerco Cellnex, which is expanding at an astounding rate. The two companies have agreed to jointly deploy wholesale LoRa networks in Ireland, Italy and the UK. It takes an altogether different approach to the market than the likes of Vodafone and Swisscom.

“We build national networks that are neutral host, which means we go out and build the coverage, and then our business model is wholesale. We don’t sell to enterprises; we don’t want to build enterprise sales teams. Our partners are MNOs [mobile network operators], MVNOs [mobile virtual network operators] and global managed service providers,” Latham says.

“The wholesale model is amazing, because it allows multiple operators or private companies, or cities or any stakeholder, to use the same mutualised network,” says the LoRa Alliance’s Lorrain. “It’s a kind of Uber-like network, where many people can use the same one. I think that’s the future, or one of the futures, of deployments.”

Everynet already has a presence in Italy, but nevertheless the Cellnex deal will significantly boost its European footprint, which currently also includes Spain, Andorra, Bulgaria and Iceland (see map).

It will also benefit the European LoRa networking ecosystem as a whole. Orange and Bouygues in France, KPN and Tele2 in the Netherlands, Proximus in Belgium and Luxembourg, Telent and now Melita in Germany, and of course Swisscom in Switzerland – these are just some of the big names backing LoRa in Western Europe.

Working together, Everynet and its counterparts in Europe aim to offer seamless multinational LoRa coverage, unlocking the opportunities that come with it. “The Cellnex partnership helps to fill in the transnational LoRaWAN coverage gaps,” Latham says, which will help Everynet on its mission to be, by 2025, “one of the largest IoT connectivity companies in the world by number of connections – outside of China.
“If we do keep executing day by day on our current plan, on our current trajectory, with our current technologies, that is where we’ll be,” he predicts.

A different kind of network

Of course, as we all know, LoRa is great for low-power, wide-area coverage, but not so suited to high-bandwidth, mission-critical connectivity. So even if Everynet meets its objective, there will still be IoT applications that require a different type of network.

“If what you want is something that’s best effort and not too critical in terms of your systems, and it doesn’t matter if it reports now or in an hour, then you’ll be fine with LoRa,” says Transforma’s Hatton. “A connected rat trap, for example. Do you need up-to-the-minute alerts that your rat-trap has caught a rat? Probably not. But if you wanted to do something around smart grid – that end of the spectrum – you wouldn’t want to do it with LoRa,” he says.

It seems, then, that the players that stand the best chance of long-term success are those that can weave the threads of coverage, networking technologies and tailored end-to-end solutions into a seamless blanket of intelligent connectivity, one that is all but invisible to the end user.

“I would put our success down to a very clear focus on customer requirements, the ability to keep up with market demand, and to continued innovation to enable our customers to create new services, offerings and solutions across many markets and multiple verticals,” says Vodafone’s Skipper.

“Increasingly we spend a lot of time supporting customers on their digitalisation journey,” he continues. “That’s because the conversation has moved from IoT as an isolated technology to IoT as way to move towards a connected business model.”