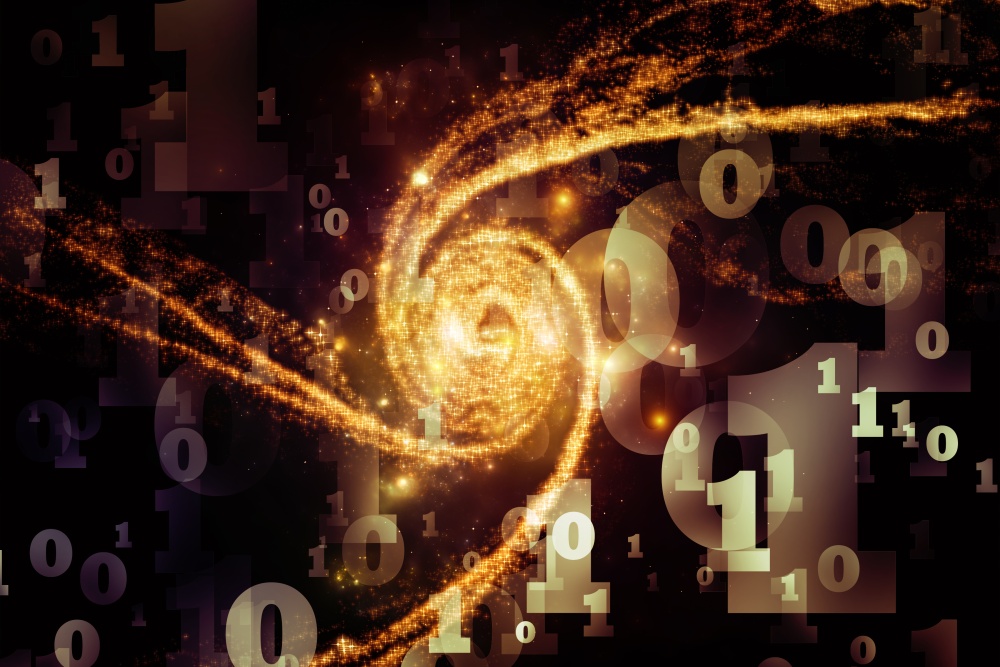 Steve Jarrett, SVP of the new Data and AI unit, and Emmanuel Lugagne-Delpon, SVP at Orange Labs Networks, recently gave a virtual briefing to describe some ways Orange is using or experimenting with AI.

Orange launched its strategic plan for the next five years, Engage 2025, last December and AI-enabled innovation was one of the four pillars of the group’s future success. This breaks into four parts, as shown below. The 2025 strategy states, “Our ambition is as strong as our social commitments are firm. And we will never think of one without the other” (see last section of article on inclusivity).

Lugagne-Delpon said at the online briefing, “We believe that AI can bring value to almost every phase of the network lifecycle – so network planning and design to optimise the efficiency of investment, operations for advanced monitoring, smarter maintenance and better security, and also optimisation to populate a number of operation processes and also optimise the performance and the use of resources.” He went on to describe a number of use cases.

Previously, operators tended to prioritise investment at sites where population is most dense and traffic volumes highest, but, starting in Spain, Orange has harnessed data and machine learning to identify which sites deliver the biggest margins and/or reduce churn. The operator can even deduce the profitability (or otherwise) of each base station. Better data has resulted in more efficient use of capital by between 10% and 20%, according to Jarrett.

The company intends to repeat the approach in other markets. However, this will not be a straight transposition of technology and best practices into other countries’ network IT, because individual countries tend to have different processes and work practices in place, and these may also mean staff need to be retrained.

Fraud: Orange’s wholesale business has a dedicated team to address the significant and growing business of fraud in international voice. Previously much of the work was painstaking and manual. Now an AI model typically analyses about 100 million calls per day, but the volume can rise to 160 million. This has boosted the amount of fraud detected by as much as 350% and cut losses from fraud by €37 million.
“So this not only saves Orange a lot of money, but significantly improves the day-to-day efficiency of the people working in this team and has made their work more enjoyable,” Lugagne-Delpon stated. The expertise and experience can also be exported to Orange’s other markets, with the same provisos as above.

Root cause: The root causes of faults are famously hard to identify with alarms raising many false positives. Orange passes some 40 million homes with fibre in Europe and has about 8 million household subscribers. These networks are complex and can be expensive to operate, particularly if engineers have to be dispatched to sort problems out, Lugagne-Delpon explained.

Orange has developed diagnostics that combine the established rules-based algorithms with AI to remotely pinpoint the root cause of FTTH outages and other issues. The older, rules-based system solves about 70% of problems, so AI is only brought to bear on the outstanding 30%. Some problems can be fixed remotely, but even when engineers have to intervene in the field, at least they are armed with information about the cause, which usually means a faster fix.

Orange estimates the use of AI has avoided 280,000 trips into the field by engineers, saving the company more than €20 million a year, at the same time as improving customer satisfaction through less downtime and disruption. Again, the approach can be used in other suitable opcos in the group.

In the radio network: Centralised self-organised network (C-SON) technology is well established with operators, who use it to automate a base station’s configuration. In this area Orange is using AI for two purposes.

The first is to predict how traffic patterns at a radio site will evolve, using AI to reroute traffic to other base stations and avoid congestion. This, in turn, gives customers better service and optimises the use of expensive network assets.

AI also uses near real-time predictions about traffic to turn off elements at the radio sites, such as antennas, that are not in use to reduce power consumption by a few percent. “What we want to underline with this use case is that we can close the loop,” Lugagne-Delpon explained. AI is not providing information like a traffic forecast, and taking decisions and actions, “so the loop is closed until the use case is automated,” he concluded.

About half of the 18 countries, mostly in Europe, where Orange has deployed C-SON now have closed-loop automation.

Lugagne-Delpon added, “These principles apply to all the segments of the network, on fixed and mobile access, on the transport network, on core networks, on data centres and so on. We will increase the number of automation use cases in the future, which will bring improved monitoring, faster detection, faster troubleshooting, faster recovery, and also preventive action and maintenance.

Customers: Jarrett confirmed that Orange is using AI to help it identify optimal services for different customer segments, which is key given the company’s emphasis on converged services as a driver of revenue growth and a richer customer experience. It is looking at where it is most likely to succeed at cross-selling mobile and FTTH.

Orange also uses AI to predict when customers are likely to churn, but also, just as importantly, to establish why they want to go, which enables the operator to counter their exit better and “make changes that improve customer satisfaction and retention across the board, and not just focus on those that might leave,” he added.

Jarrett said, “We don’t have an estimate of the overall [AI] investment yet, because that will scale with the success of the programme. So if we continue to see improvements like [we did] from the smart CapEx – a 20% improvement is a significant one – [and] as we find opportunities like that, we will continue to invest. And that's how we are applying this test, learn and scale approach… We are very use case-centric. When we see things that work well, we scale,” he concluded.

Inclusivity is essential if AI is to succeed

Inclusivity is often wrongly viewed as being for the benefit of women and other ‘minorities’.

For example, in early April, the UK government launched a tool to collect data about Covid-19, which did not include the sex of patients. One Tory MP who was lobbied by a constituent to include this data explained he had no interest in “women’s issues”. In fact, women appear more resilient to the virus (as they have two X chromosomes so in effect two immune systems) and if the medical professsion can work out why, it could help improve treatment for men.

If anyone is in any doubt about the skewed view of the world already presented by data, read the Financial Times’ Business Book of the Year for 2019. Caroline Criado Perez’s Invisible Women: Exposing Data Bias in a World Designed for Men.

AI has the potential to exaggerate and amplify that invisibility, as we have already seen from some well publicised examples. Hence vigilance against deliberate and unconscious bias is critical as AI proliferates.

The World Economic Forum put the cost of gender discrimination for the global economy at $130 trillion.

In April, as part of its AI initiavitive, Orange launched an International Charter for Inclusive AI with gender equality organisation Arborus. The charter is based on seven commitments, including promoting diversity in teams working on AI-based solutions and ensuring that data is unified, consistent, verified and traceable.

As Mari-Noëlle Jégo-Laveissière (pictured), Deputy Chief Executive of Orange in France and Head of the Technology and Global Innovation Division, said, “AI at the service of people is a formidable tool for simplifying operations and reducing the digital divide. But we must remain vigilant so that it does not create new inequalities, particularly between men and women. 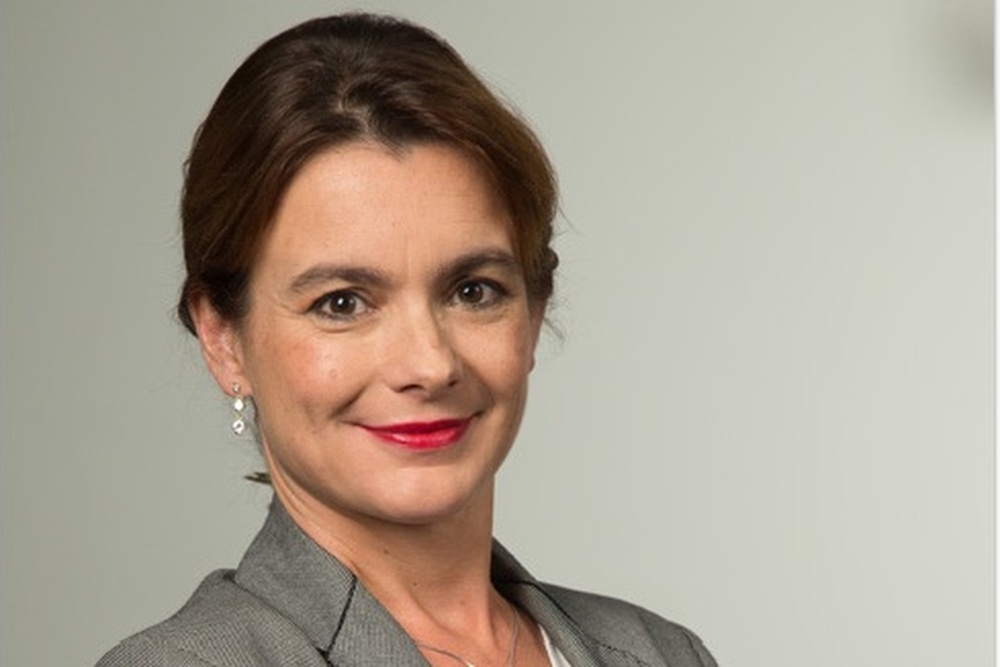 “This is what underpins Orange’s commitment to Arborus. We are proud to be the first signatory of the International Charter for Inclusive AI and we hope that many other companies will join us in this venture.”

The first signatories are Orange, Camfil, Danone, EDF, L’Oréal, Metro and Sodexo, and the charter is open for other companies to join.

This article was originally published in the Q2 2020 edition of Mobile Europe & European Communications, which you can access here.