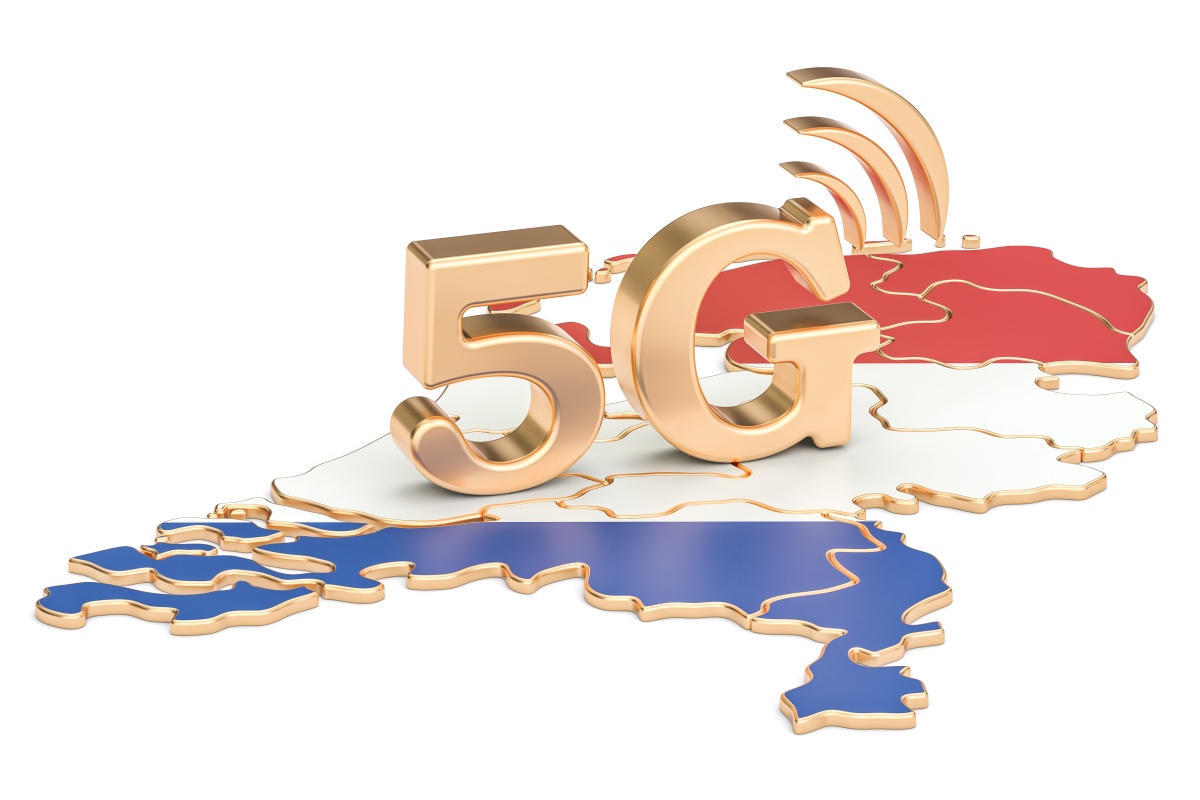 At the end of April 2020, Dutch operator VodafoneZiggo became the latest to offer a commercial 5G service. The launch stands out as the Netherlands has not formally awarded licences for 5G spectrum writes Kester Mann, Director, Consumer and Connectivity at CCS Insight.

VodafoneZiggo has been offering 5G by deploying a technology known as dynamic spectrum sharing (DSS). This enables network operators to offer 5G using existing frequency bands and antennas so they can quickly achieve widespread coverage. DSS lays the foundation for a more efficient and intelligent network, better able to allocate spectrum to areas where and when demand is highest.

Deploying DSS meant that VodafoneZiggo was able to cover almost half of the Netherlands with 5G services at launch, and the operator expects to achieve nationwide 5G coverage as soon as late July. The market may be small and its topography favourable, but that still seems pretty good going.

The operator's infrastructure supplier for DSS is Ericsson. The Swedish company has been a driving force behind the technology's development and pushed for its inclusion in 3GPP Release 15. In February 2020, its Ericsson Spectrum Sharing solution won the prestigious Overall Mobile Technology Award, also known as the CTO Award, at this year's Glomo Awards.

Ericsson is also working on DSS with Vodafone in Germany and Ireland.

VodafoneZiggo is sharing 1,800MHz and 800MHz airwaves to enable it to roll out 5G services. These bands have traditionally been used for 2G and 4G connections.

Although the EU has designated three main frequency bands for 5G (700 MHz, 3.5 GHz and 26 GHz), in theory the technology can be offered on any existing 2G, 3G or 4G spectrum. In the future, VodafoneZiggo may look to also share its 2.1 GHz frequencies for 5G.

In February, the operator became one of the first in Europe to switch off its 3G network, and has reallocated this spectrum for 4G. Shutting down and releasing older transmission technologies makes sense as frequencies can be deployed more efficiently in 4G and 5G. This is important to cater for continued strong growth in mobile data.

But if DSS is so effective, why haven't more operators committed to it? In my conversations with operators, opinion about DSS is divided. Undeniably it's a fast route to widely available 5G connectivity and, of course, the associated bragging rights now so highly cherished by operators' marketing teams. But there's also trade-off in overall 4G and 5G capacity, varying by type of implementation and choice of supplier.

This is the main reason why Dutch rival and market leader KPN is restricting its usage of DSS to just a few indoor locations, such as transport hubs and tunnels.

VodafoneZiggo says that initially its 5G service will offer just 10% faster data speeds than 4G. By contrast, our tests of 5G networks in the UK, where dedicated 5G spectrum has been deployed for more than a year, have hit speeds about five times as quick (see EE Turns on 5G in the UK).

Any improvement to the customer experience should be considered a positive, but operators need to be very careful with setting expectations. The industry's transition to 5G has been accompanied by huge marketing hype, but if performance is understood to be only incrementally better there's a risk that customers quickly lose interest.

VodafoneZiggo makes it clear that it sees the move to 5G as an evolution and that it will take many years before the technology's full vision is achieved. I completely agree, but in my view, the operator will need to ensure its marketing and sales teams resist the temptation of overstating the initial benefits.

Operators' attitudes about DSS usually depend on their respective spectrum position. In the US, T-Mobile has repeatedly played down the technology. This is hardly surprising as the carrier has enviable holdings of low- and mid-band spectrum that were recently boosted by the acquisition of Sprint.

Yet for rival Verizon, which is rich in high bands but poor in low (at least until it possibly buys more spectrum later in 2020), DSS is critical to speeding up the roll-out of 5G in the near term. CEO Hans Vestberg has regularly sung the praises of the technology to make up for a lack of breadth in its spectrum portfolio. Last month, it completed DSS trials in Texas and Minnesota. And last week, AT&T said it had deployed DSS in Texas and Florida, an important step toward its ambition to achieve nationwide 5G coverage this summer.

A possible motivation for VodafoneZiggo to deploy DSS is a lack of available mid-band spectrum in the Netherlands. The 3.5 GHz band, which is used throughout much of Europe and offers an important blend of both coverage and capacity, is still used by the country's defence satellite system. It's unlikely to be freed up for auction until early 2022.

The move to offer a 5G service without dedicated 5G spectrum feels like a step toward a less-defined "G" hierarchy. This could be considered good news for consumers, who care only about how well they're connected and not about what the underlying technology is.

I'd argue that a blurring of the Gs has been underway for some time. In addition to spectrum sharing and reuse, a growing number of operators offer tariffs tiered by speed, irrespective of whether the connection comes through 3G, 4G or 5G. Many others sold 5G handsets before switching on their 5G network. It's clear that 5G has vast potential, but its development will undoubtedly come in increments.

For VodafoneZiggo, deploying DSS is just a small step on a long 5G journey ahead.

You can find more from Kester here.