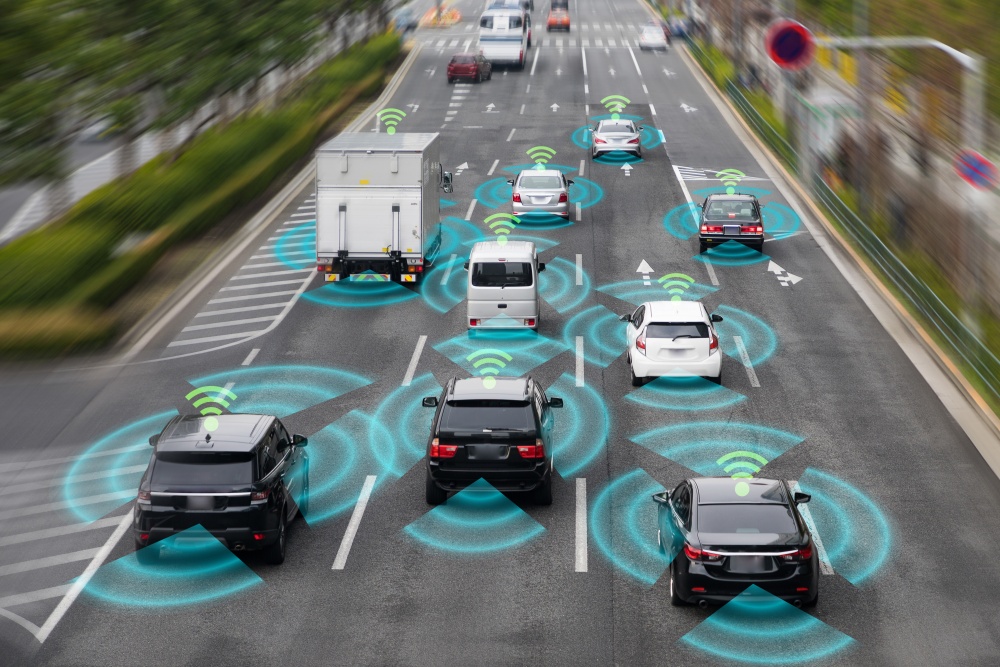 Connected vehicles are a great example of what needs to go right in an ecosystem to succeed and the many obstacles to a high enough level of interoperability. By Annie Turner

Connected cars are a great example of the importance of ecosystems as no single party can provide all the components, but one of an ecosystem’s critical attributesis that it is interoperable. This underpins another crucial characteristic – that it can be easily scaled.

However, with so many vested interests and parties who are accustomed to being in charge of their own destiny, the journey to connected and autonomous cars is never going to be smooth ride.

The 5G Automotive Association (5GAA) was set up in September 2016 by eight founding members: Audi, BMW Group, Daimler, Ericsson, Huawei, Intel, Nokia and Qualcomm. At the time of writing, membership had increased to 133 organisations.

5GAA’s CTO, Maxime Flament, explained that its goal is to bring together twoindustries that formerly had little contact – telecoms and automotive – and in terms of standardisation, the creation of the association was timely. He said, “For the first time in the 4G/5G standardisation process there was some clear activity to address vertical sectors’ needs, including automotive.”

The first phase of the cellular vehicle to everything (C-V2X) standard was finalised by 3GPP in June 2017. It’s based on LTE technology, but is designed to be fully compatible with 5G when it is available and to protect investments in C-V2X infrastructure in the meantime.

The standard supports two complementary transmission nodes:
• short-range communications between vehicles, between vehicles and infrastructure, and between vehicles and other road users, such as cyclists and pedestrians. In this mode, and somewhat confusingly given the name, C-V2X works independently of the cellular networks. In the longer term, it could support
automatic actions, such as braking.
• network communications, in which C-V2X employs the conventional mobile network to enable a vehicle to receive information about road conditions and traffic in the area.

However, that standard looked like it would be undermined earlier this year when Europe’s Transport Commissioner, Violeta Bulc, tried to bulldoze Wi-Fi through as a kind of interim legal standard for connected cars by arguing that Wi-Fi was readily available and would help reduce the 25,000 deaths that happen annually on the continent’s roads.

However, other vehicle makers (like Audi, BMW, Daimler, Ford and Groupe PSA) and technology companies such as Ericsson, Huawei, Intel, Qualcomm and Samsung strongly opposed her proposal. Operators,such as Vodafone and Deutsche Telekom, were also against it individually and through trade organisations, including the GMSA, the European Telecommunications Network Operators’ Association (ETNO) and 5GAA.

Opponents of the proposed Act argued that a technology-agnostic approach would enable the evolution to 5G when the time is right and, in the meantime, allow the use of 4G/LTE for connected vehicles. They said if Wi-Fi was mandated, coverage could be poor and patchy, and Europe would risk falling further behind the rest of the world in deploying connected/automated vehicles and their economic, environmental and safety benefits. They also pointed out that the US had rejected this solution in favour of C-V2X.

In the event, the legislation was thrown out by the EU member states in July.

However, the US abandoning 802.11p as a solution for connected and ultimately autonomous cars, for which the 5.9GHz spectrum had been earmarked, could have negative consequences. Last December, American regulator, the Federal Communications Commission (FCC), decided to handover the lower 45MHz of the spectrum for Wi-Fi use and has already granted wireless service providers temporarty access to the bandwidth for Wi-Fi during the pandemic.

Flament commented, “For us [spectrum allocation] is fine at the moment because you can still do the basic safety with LTE on that small band, but if we look at longer term, we are shooting ourselves in the foot and we need to reserve it for future applications.”

He is also concerned that where spectrum is severely limited the short-range portion could be turned into a commercial service, with only those who can afford to pay being able to use it, rather than everyone having access to it on an unlicensed band for the common good of safe roads and efficient traffic.

This is particularly pertinent considering that the 5GAA is not only focused on private vehicles, but also trucks, buses and ambulances
having access to this connectivity. These are usually fleet vehicles and are not yet represented directly in the 5GAA, but, said Flament,

“Through the vehicle manufacturers we talk about them and their needs. The fleets tend to have years of experience in terms of connectivity, but usually they don’t rely on a single standard, whereas C-V2X offers is a standard that fits many different purposes.”

As readers understand only too well, most of Europe’s network providers are under pressure – they have heavy debts yet need to invest massively in 5G, and fibre and 4G roll-out, while developing new business and operational models. But the car makers are under pressure, too. Perhaps surprisingly, according to Flament the pressure to embed 4G/5G technologies in their vehicles is mainly being driven by consumer demand, not regulation, at the same time that the automotive sector is also being put to the test at the moment in terms of how it offers its products.

He explained that what was a standalone, physical product is being turned into a service, saying, “We see there are four trends relevant here. The first is the sharing economy that is not [about] owning a vehicle, but accessing a service. The second one is electrification, which simplifies the car so it can be built more easily and requires much less maintenance. Then there is connectivity, and that’s the core of our contribution, but it cannot be separated from the other trends, and the last one is the automation.”

This transition begs some big questions for network operators and car makers alike about the balance of power and their roles in the emerging ecosystems as intermediaries and alliances are formed to handle the complexity, using platform-based business and operational models.

For example, in November, Tata Communications announced it intended to combine its IoT connectivity and network intelligence capabilities for connected cars —MOVE — with those of the Microsoft Connected Vehicle Platform. Tim Sherwood, VP of Business Development, Mobility and IoT Solutions at Tata Communications, explained, “The integration between our MOVE platform and the connected vehicle could streamline a lot of the operations and maintenance, because our control of the cellular eSIM subscriptionin the car itself can be managed through a common interface.

He added, “Our collaboration is working towards how do we do a level of integration between our two solutions to provide enhanced value to the car makers and potentially some other players in the ecosystem.

For example, “We can provide a variety of mobile network-level information into the data lake and analytics capabilities that Microsoft has…to enhance the business intelligence and learning capabilities that the car makers gets.”

As the point of all IoT implementations is the actionable intelligence that can be derived from data, whichever party controls, processes and owns that intelligence is in very powerful position, and even more so in future as more sophisticated analytics and artificial intelligence are applied.

No doubt there will many different models regarding ownership and control of the data within different arrangements between different groups of partners.

From the communications providers’ point of view too there are both opportunities and causes for concern. As more of the car makers are focused on autonomous vehicles, electrification, shared mobility and greater personalisation, having that connectivity from the vehicle back to the cloud-based application is critical.

In this instance, Sherwood stated, “We provide that across the globe, working with hundreds of mobile operators, not only to aggregate supply, but to apply a level of intelligence to connectivity management to use the best available supply to meet the car makers’ regulatory, cost and performance requirements.”

Clearly the aggregator is higher up the value chain than those who simply provide connectivity, and the role of aggregator is open to operators too.

In research published in April 2020, Cole Reports concluded, "The connected car market faces challenges with respect to disparity of product design procedures between OEMs, in-built solutions of cars, and smartphones.

"Also, the connected car market will benefit with reduced cost of telematics and infotainment equipment and services. In this scenario, creating an ecosystem that functions through cross-industry collaborations between OEMs, technology companies, and mobile network operators is poised to be the winning imperative for the industry."

Which operators have the resources and expertise to succeed in connected vehicles in the post-coronavirus world, and in the face of fierce competition, remains to be seen.

This is an update of an article originally published in the Q4 2019 edition of Mobile Europe & European Commuications, which can be downloaded free.