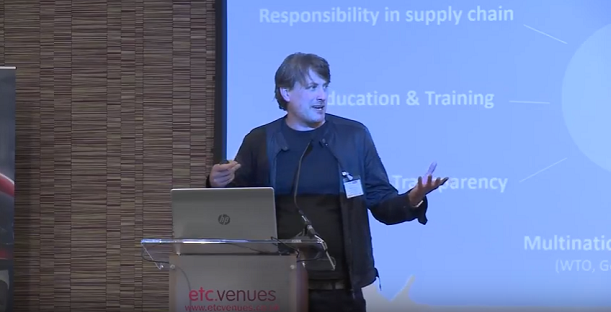 Security is central to the Internet of Things success and not a peripheral issue, an Executive Member of the IoT Council has claimed.

Mirko Ross was speaking at Mobile Europe and European Communications' IoT in Telecoms conference, which featured speakers from the likes of Vodafone, TIM, Orange and Proximus.

He said security needed to be baked into every layer of an IoT network. But he warned making firewalls more powerful would not be enough. Operators need to educate their customers to protect themselves, he argued.

He added: “If you don't fix these [security] problems, you will get no money."

You can watch the video in full and check out other videos from the event on our YouTube channel.