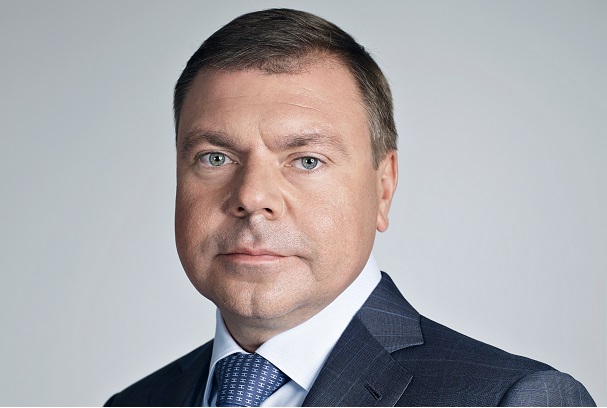 MTS is just one of Russia's operators gearing up for the summer's football World Cup in the country and CTO Andrei Ushatsky is banking on distributed antenna systems to connect the tens of thousands of fans set to attend.

The company has been here before, after Russia hosted the 2014 Sochi Winter Olympics, but the World Cup presents new challenges. It is much longer for one, at six weeks compared to the Winter Olympics running time of just over three, and is taking place over 12 cities with a considerably larger crowd expected.

Some challenge for operators already antsy about the amount of spectrum being allocated to them to meeting booming data consumption.

However, Ushatsky is calm when asked whether MTS is in a good position to cope, pointing to the distributed antenna systems and sensible preparation.

He says: “The stadiums, in which the matches will be played, are active stadiums that often hold tens of thousands of fans, so we don’t feel that we are not prepared to handle the traffic.”

He adds: “However, it is the World Cup, so we are expanding our LTE network in general, preparing it for increased loads, optimising the availability and quality of services at sites that will be used during the World Cup - sports facilities, fan zones, airports and railway stations, hotels, cultural and historical zones, etc.

“At many facilities where access is more difficult, such as stadiums or airports, we are working in partnership with other operators, based on sharing infrastructure cooperation. In preparing the network, we provide support for all GSM technologies used today.”

Ushatsky is coy about whether the crowds can come to expect 5G demonstrations, after Korean telcos used the Winter Olympics as a springboard for next generation technology.

Deutsche Telekom Group CTO Bruno Jacobfeuerborn drily noted last year that his job would be made easier if he had a showpiece event to hang spending onto. Has the World Cup made things easier for Ushatsky in this regard? He replies: “We have a multi-year budget cycle, and we have long been investing in networks to accommodate both the natural growth of the market, as well as opportunities tied to events like the World Cup.

"Over the past year, in Russia, usage has nearly doubled, so our organic growth has overall been a greater driver of our interest in investment than something like the World Cup.”

While he keeps his counsel on the specifics for 5G at the World Cup, he is more voluble on the technology in general.

He is of the camp that industrial use cases offer the strongest opportunity. While MTS plans to introduce the tech to Russia in 2020, in line with the majority of other operators, he says it and its rivals are still in talks with the country's regulator about frequencies and the rules for rolling it out.

He adds: “It's difficult to calculate business cases at the moment because we have no clear understanding of how much we have to invest in 5G. But we understand that LTE-Advanced will support a lot of services for 5G.

“In our strategy we are planning to implement 5G in some particular areas, some hotspots for some industries. We are not planning to have the same coverage that LTE has. It will be an evolution for us and we understand that it's a good way for our network to support LTE.”

The full version of this interview can be read in the Q1 issue of Mobile Europe. Pick up a copy at Mobile World Congress or click here to subscribe.