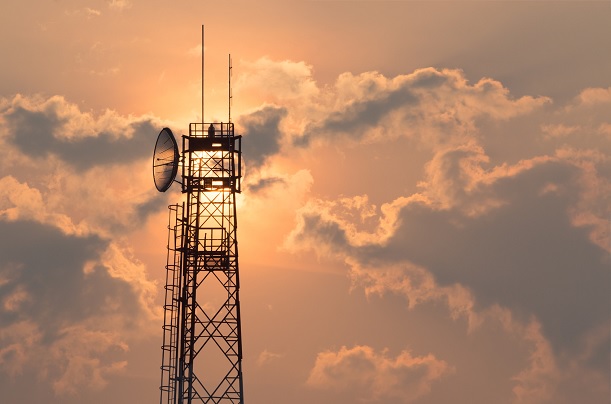 Towers company Cellnex is hoping it can import lessons from the US market as it snaps up passive infrastructure across Europe and leases it back to operators.

The four nationwide American mobile networks have outsourced 80 percent of their towers to third party providers, according to Cellnex’s Director of Corporate & Public Affairs Toni Brunet.

While he is cautious not to make the same lofty predictions for the European market, he is confident the model is becoming increasingly attractive to operators this side of the Atlantic.

Spun off from Abertis Group in 2015, the company buys infrastructure such as towers from operators and hosts their equipment for them.

Rather than a single tower for a single operator, Cellnex can use one to offer multiple mobile companies the opportunity to host their network hardware.

Under this model, the service provider still owns and maintains their own equipment.

Its bet is that it can get more out of each tower than the operators, increasing what is called the tenancy ratio through increasing the number of points of presence on it.

The operator gets the income from the sale and reduces their operational expenditure, while Cellnex gets the financial windfall of a fixed term contract to host their equipment.

Since 2015, Cellnex has invested more than €2.5 billion through acquisitions and investment. It has bought 7,400 towers from Italy’s Wind Tre, 464 sites in the Netherlands and 540 in the UK, through the acquisition of Shere Group, 2,239 sites in Switzerland from Sunrise, in partnership with investor firms, and over 2,000 sites in France through multiple agreements with Bouygues Telecom.

Earlier this month Cellnex signed a deal with Alticom in the Netherlands to buy 30 sites.

Brunet says while there are national players providing similar services, such as Arqiva in the UK and TDL in France, Cellnex is the only provider attempting to create such a model on a Europe-wide scale.

The problem for operators, Brunet explains, is that their networks were originally rolled out 20 years ago during a time when voice was dominant.

He says: “At that time the critical issue for operators was having their own infrastructure. Everything was about coverage, whoever had the most coverage had the best competitive edge.”

This meant that each country now has three or four parallel tower networks covering the same places.

In the era of data, however, the towers are already in place and there is no competitive advantage from having more. While operators still compete on 4G coverage, this is driven by the amount of radio hardware they have deployed, meaning the passive infrastructure has become a commodity.

“Sure they differentiate on LTE deployment but it is active equipment, not passive infrastructure, over which this equipment is installed,” says Brunet.

“Redundancies due to overlapping of passive infrastructure does exist and companies like Cellnex can help to rationalise them.”

American operators were quicker than their European counterparts to recognise this inefficiency.

"They have realised in very recent years, as the revenues and margins of the MNOs have been jeopardised because of competition and sustained and intense investments – they need to find ways to be more efficient in their operations,” Brunet says.

Rather than investing in parallel networks, operators decided to share.

In the US, the major players in this market include CrownCastle, SVA and American Tower, the latter of which reportedly mulled making a bid for Cellnex earlier this year.

As for Cellnex's recent flurry of M&A, it is hard to make predictions about its future purchases. Brunet calls infrastructure provision “an opportunity-driven market”. Back in January, for example, the company had no idea it was going to make the acquisition in Switzerland in May.

But the guarantee of a fixed term contract means that each buy delivers a return from day one.

In the future, Cellnex hopes to move into handling and maintaining the actual network hardware itself, allowing it to serve multiple operators through the same transmission equipment from as yet unnamed partners. There are promising signs of this model taking shape – for example, in July Cellnex won a contract to install cellular small cells in Spanish football side Atlético Madrid’s stadium, which can be offered as a service to other operators.

Leaving aside Cellnex’s financial muscle, upping the tenancy ratio through passive infrastructure sharing is not impossible for service providers to do themselves, says Brunet.

He highlights the success of the joint venture of Vodafone and O2 in the UK, Cornerstone Telecommunications Infrastructure Ltd (CTIL), which was recently handed a 15-year contract to provide infrastructure in London.

Ultimately, though, even if operators do want to get involved, Brunet thinks there is still plenty of room in the market to share.