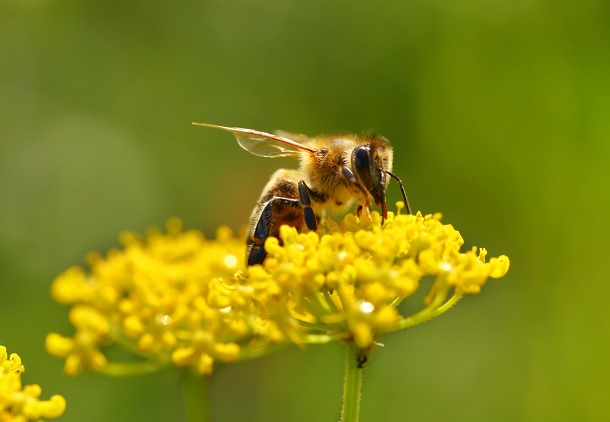 Deutsche Telekom has enthusiastically backed NB-IoT in favour of its unlicensed rivals through one of the most unusual Internet of Things deployments Europe has seen to date. How? By using bees.

The Germany-based operator launched its first commercial NB-IoT packages over the summer. Its network covers six cities but hopes are it will be nationwide by the end of next year.

Ingo Hofacker, Head of IoT at enterprise arm T-Systems' Digital Division, reels off the diverse but now familiar list of applications that NB-IoT supports, from energy meters and smart parking to logistics and infrastructure monitoring.

He says: "One of Deutsche Telekom’s close co-operations on NB-IoT is together with ista. The Germany-based energy service provider currently operates more than 15 million connected devices in multi-family houses across Europe.

"These include battery-powered digital measuring devices, mainly for heat and water consumption, as well as intelligent smoke alarms. Based on Deutsche Telekom’s NB-IoT network, ista will initially focus on the intelligent recording, visualisation and billing of energy consumption."

So far, so standard, with Vodafone's 'connected seals' perhaps the only idiosyncratic deployment of the technology to date. But Hofacker then raises eyebrows when he mentions how the technology has helped treat bee mortality. Bee mortality?

The operator has deployed intelligent sensors that are fitted to hives and transmit directly to beekeepers. These sensors send the likes of temperature, air humidity and pressure, the weight of beehive – which is important to determine how full of honey the combs are – and how the bees are faring.

What this results in is beekeepers being able to track the health of swarms from their smartphone or tablet, instead of having to don the familiar white suit, veil and hat to check in person.

With a degree of understatement, Hofacker says: "Deutsche Telekom actively pushes the search for new business models as well as the implementation of real-life solutions using the new technology."

Deutsche Telekom remains loyal to NB-IoT as other operators, such as Telefónica and Telia Estonia, continue to play with the pioneering Sigfox technology and Orange just one of the telco enthusiasts of LoRa.

"Being an international industry standard operating in licensed spectrum, NB-IoT represents a future-proof and reliable alternative to proprietary LPWA technologies."

The operator is less keen on the unlicensed LoRa and Sigfox. Hofacker says: "[They] are proprietary technologies on unlicensed bands and therefore need dedicated network components. With an increasing number of connected devices, data transmission on unlicensed bands is likely to deteriorate, for example by interference, while benefits of using a standardised technology in licensed bands like NB-IoT will become even more important."

That's not to say NB-IoT is beyond criticism either. There have been grumblings about the cost of the associated modules and Hofacker admits they were more expensive than the industry target of $5 when Deutsche Telekom launched its service during the second quarter.

However, he says this was a question of supply, with deployments largely focused on trial samples. He adds: "Over the next 12 months we expect unit costs to clearly decrease due to much higher production quantities. Economies of scale will particularly be guaranteed by the Chinese market, where all three mobile operators are rapidly building out their NB-IoT networks."

As for that other cellular IoT technology, LTE-M, Hofacker is optimistic about its potential for high bandwidth deployments, but he is cagier about exactly when and how it will be deployed.

While it has been on the lips of operators for some time now, NB-IoT is still in its relative infancy. Hofacker says recent developments in the technology's capabilities, as outlined in 3GPP's Release 14 in June, give him optimism for the months and years ahead.

He says: "NB-IoT now supports single-cell multicast, enhanced device positioning, reduced latency and improved power consumption, among other technical enhancements. The technical specifications of Rel. 14 will be gradually integrated into network components and chipsets/modules according to their usual development cycles, which will further improve the NB-IoT technology."

Good news for bees. And who knows what else.