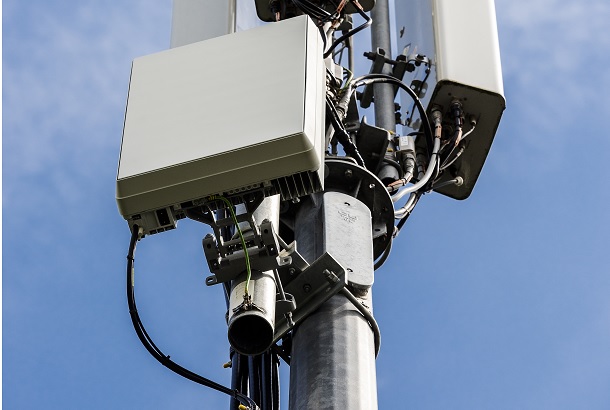 The UK is set to be Vodafone’s testing ground for Massive MIMO as the operator launches it for the first time in the country and Europe as a whole.

At an event at Vodafone’s headquarters in Newbury, Berkshire, the operator revealed that two 4G sites using Massive MIMO have already gone live.

A further seven are set to be launched this week and as many as 30 could follow in the next few months.

According to Kye Prigg, Head of Mobile Networks at Vodafone, Vodafone UK is the first European operator to launch the technology for commercial use.

This is despite several trials by other operators including Turkcell, Telekom Austria and Bouygues Telecom. The technology is also live commercially in China and Japan.

Vodafone UK carried out its own tests with support from the overall Group.

Vodafone already has 180 sites live with 4x4 MIMO, which offers four transmit and four receive streams. The operator has been deploying the technology for around two years.

However, Vodafone’s new Massive MIMO technology, provided by Huawei, will now offer 64 transmit and 64 receive streams, offering sensitivity in the network on the receive side and beam forming on the transmit side.

On the receive side, Prigg explained, the sensitivity will make the network more responsive to devices transmitting in higher frequency bands, improving coverage in less accessible areas such as indoors. On the transmit side, the additional antennas will allow sites to carry out beamforming, meaning that spectrum can be used more efficiently.

Prigg said trials around the Vodafone campus had seen the aggregate throughput increase from 140MBps to around 500 or 600MBps – up to five times an increase in spectrum efficiency.

Vodafone’s initial plans are to launch the technology at “very specific” sites, Prigg said, focusing on hotspots where there are lots of subscribers, including big cities, music festivals and sporting events.

“I think it’s going to provide a much better experience, especially in these big environments where you have 200,000 people in the same place,” he said.

Although the equipment is expensive, explained Prigg, the installation is relatively easy. If an existing 4G site can be reused, the panel can be added in a matter of weeks, with only fibre and a power cable to connect.

Vodafone said a range of phones support Massive MIMO including Apple's iPhone 6 and iPhone 7, HTC's 10 and One models, Huawei's P9 and P10, the LG G5 and G6, the Samsung Galaxy S7 and S8 and Sony Xperia X and XZ models.

While the maximum benefits will be realised by subscribers with the most advanced handsets, Prigg said legacy mobiles will benefit from the increased sensitivity in the network.

“[You are] not waiting for handset penetration to catch up,” explained Mike Joyce, Solutions Director at Huawei, who is also involved in the project on the vendor side.

Prigg also used the launch to take a shot at Vodafone's competitors in the UK. He said: “We know that our competitors are shouting about MIMO but they haven’t done much with it. If our competitors are as far behind us as on that, then I believe they are not even looking at [Massive MIMO] yet.”

Mobile Europe contacted EE, Three and O2 for information on the current progress of their commercial MIMO roll-outs, but they had not responded at the time of publication.

The launch of Massive MIMO at certain sites comes as Vodafone continues to upgrade its network more broadly with Project Beacon, the network infrastructure sharing venture with O2.

Announced in 2012, and also known as Cornerstone, the project has seen Vodafone and O2 combining masts and getting rid of duplicates, as well as building new sites.

According to Prigg, there are now 13,600 Beacon sites live, representing a 79 percent completion rate.

Call availability rose from 99.53 to 99.6 percent, while the proportion of total data traffic carried on 4G rose from 66 to 76 percent.