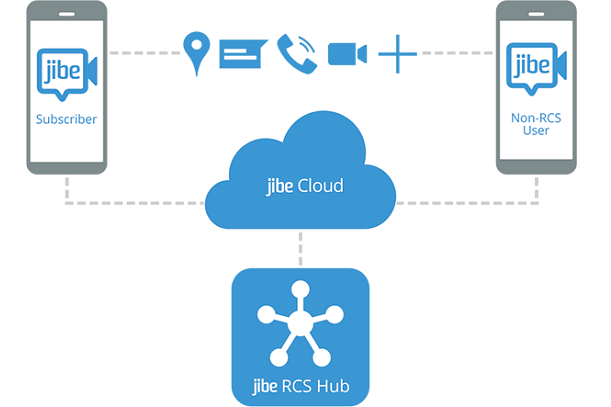 Google’s from-nowhere purchase of Jibe Mobile last week came as a surprise to many in the mobile industry, especially as it was a purveyor of Rich Communications Services, an almost forgotten technology.

When it was first released in 2012 as part of a project spearheaded by the GSMA, RCS was seen as a Holy Grail of instant messaging that telcos hoped would pull OTT users back into their corner.

Yet in the hands of operators, RCS has floundered. While the backing of Google is the clearest indication yet that there may still be hope for the platform, the announcement could equally prove a blessing or disaster for telcos’ own messaging dreams.

Jibe Mobile provides RCS platforms in both native and downloadable form for smartphones, in addition to hosted services that allow mobile operators to offer RCS without the need for IMS networks of their own. The latter allows interoperability between different operators - the biggest hurdles telcos face when trying to bring anything to market that involves collaboration.

Pamela Clark-Dickson, Principal Analyst at Ovum, explains that the subject is far from clear-cut.

“If Google acts as an enabler for telcos to deploy RCS services by embedding RCS natively into the Android OS and continuing to offer hosted RCS services and hubbing, it could just be the encouragement that more telcos need to deploy RCS-based services, which in turn means that the penetration of RCS will grow and telcos will be able to retain a role as the providers of communications services to their consumer and enterprise customers,” she says.

“On the other hand, Google also has to be looking at its entry into the RCS market as a competitive play, targeting other OTT communications app providers as well as the telcos…If Google sets up its own RCS-based communications service and embeds [it] into the Android OS, then telcos are potentially in a precarious position in terms of their continued provision of communications services, given that Android devices represent over 80 percent of the total smartphone market.”

Google has another reason to be interested in RCS.

While Hangouts may not be an utter failure, its take-up has hit nowhere near the same numbers as the market-leading apps owned by Facebook. The integration of RCS into Hangouts could present the opportunity for Google to enrich the service while simultaneously making it interoperable with telcos’ RCS apps.

However, Clark-Dickson points out that this approach holds less value for Google.

“Integrating RCS into the Android OS means that Google would be able to provide a communications service that would be native to all Android devices.”

On the consumer side, users may at first welcome the news that Google is taking the reins of RCS, given the fact that mobile operators have largely failed to do anything noteworthy with it. However, they may ultimately find themselves in a situation where they’re sacrificing privacy for the sake of the added bells and whistles RCS promises.

“If Google chooses to work closely with telcos, then telcos will likely insist on compliance with the relevant data security and privacy regulations for their markets, in order to maintain their positions as trusted service providers,” says Clark-Dickson.

“[However] if Google chooses to operate RCS-based services independently of the telcos, i.e. like an OTT, then it will probably maintain its own internal data security and privacy policies, which may not be as stringent as those of the operators.”

Google itself is remaining cagey about what lies in store for Jibe’s tech. But if it gets behind RCS in earnest, it could prove yet another area where telcos are left playing catch-up.