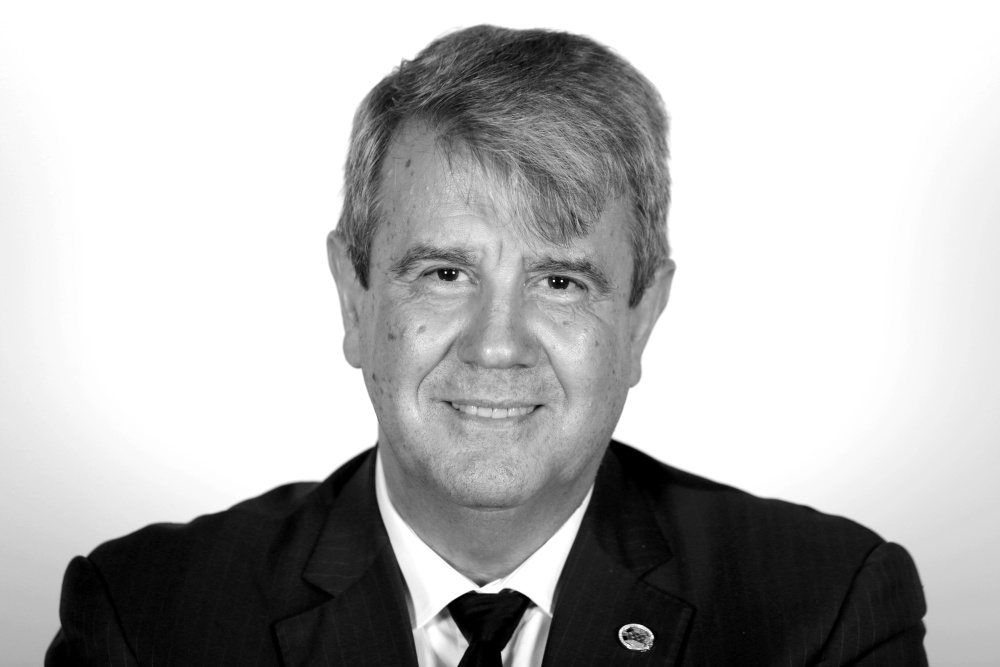 Our judging panel named Enrique Blanco, Global CTIO at Telefónica, Gamechanger CTO of the Year 2021. He talks to Annie Turner about what inspires him and why OSS is “the last piece of this extraordinary puzzle”.

We start by talking about digital infrastructure and how its importance has been so dramatically underlined in the pandemic era. It is interesting that on fibre penetration Spain is so very far ahead of all the other geographically large countries in Europe and the continent’s four largest economies – as of September 2020, 62.8% according to the FTTH Council Europe. France has 35% penetration, but Germany, Italy and the UK are all under 5%, so why is Spain so far ahead of the curve?

Blanco is quick to point out that for telcos, evolving infrastructure is not only about the network, but about the “IT pieces” too. Indeed, his whole approach is holistic.

Back in 2007-2008, when Blanco was CTO of Telefónica España, the operator decided that fibre was the future for fixed access. It was a bold decision, especially as between 2008 and 2014 Spain was hit hard by the so-called Great Recession.

Today, more than 24 million Spanish homes have been passed. Telefónica has 8 million fibre subscribers and it plans to close the copper local loop in 2024 – 100 years after the operator was founded.

Blanco points out that fibre “gives you such amazing service capabilities,” but also demands additional capabilities in the access network, customer premises equipment, backbone and service platform. He says, “I offer you an extraordinarily good fibre connection, but if you don’t offer the customer an extraordinarily good Wi-Fi experience, it is nothing... We are building these things in parallel. This is how we evolve the network.”

From the services end, Blanco says, “The killer applications for fibre are the video platforms – Netflix, Amazon Prime, Disney and so on. We need our platform capabilities to be fully virtualised, hosted in a data centre, and very simple in terms of flexibility, offering the customer new things: today 4K [resolution], tomorrow UHD.”

He adds, “When the customer asks for different capabilities, it is not only about the platform, but all the network pieces need to be fully revised.” He gives as examples the platforms for policy and charging rules function (PCRF), the online charging system (OCS), which prepares bills for all mobile customers, and the IP multimedia subsystem (IMS) that manages voice over IP.

Telefόnica was one of the first operators in the world to recognise the potential of changing telco network architecture to incorporate cloud technologies, general-purpose hardware and a programmable network control plane. Blanco was promoted to Telefónica Group’s CTO in 2011 and work on virtualised platforms began in 2014, when the company announced all its network platforms would be virtualised within two years. It’s hard to exaggerate how radical this was at the time.

Blanco says, “We were able to define the key traditional platforms that usually run on bare metal, that had their own hardware, and work out how to fully virtualise them. The biggest challenge was orchestration… How do you manage it and guarantee that different interfaces will be fully developed and deployed? The answer was to set up UNICA, which we would now describe as the telco cloud.”

This shift had profound implications for equipment vendors, both in terms of their technology solutions and business models. They sold hardware platforms with software licences, but now Telefόnica only wanted software licences and increasingly for general-purpose hardware at that.

Blanco says, “Initially the costs were very similar. Today, if you compare the costs IMS and OCS, we are at 30% below the previous total cost, but we didn’t do it for the cost, we did it because the only way to be sufficiently flexible was to build this kind of environment with UNICA.” He adds, “If you maintain this line of thinking, the next topic is how we are building mobile networks.”

5G came about because we needed greater capacity, but it also gave operators the opportunity to rethink the deployment and operation of mobile networks in the shape of Open RAN.

Telefónica and other big operator groups wanted to open up the common public radio interface (CPRI). Previously, each antenna was monitored and controlled by its own, in-situ, tightly integrated system. If the control and monitoring is run centrally, as native cloud RAN, the control doesn’t need to be on the same rooftop or tower.

Again, Blanco stresses that aside from cost there are benefits, such as reduced power consumption, but arguably, most importantly, operational flexibility. “If we can have one lot of software drawing on 10, 15 or 20 antennas, all the network optimisations can be done automatically. It is crystal clear that this is the right architecture.”

There has been scepticism about the operational impact of disaggregating the RAN and what some see as extravagant claims by the world’s first cloud native operator, Rakuten Mobile, about potential savings on CapEx and OpEx. Blanco says simply, “It works and we are doing it,” pointing to Rakuten’s live commercial network and its own trials of running 3G and 4G on Open RAN in Latin America.

It is now moving to deploy 200 Open RAN base stations in Germany, which Blanco says was chosen for its topology, adding, “In 2022-2023, we will be going up to 2,500 to 5,000 base stations using Open RAN… from what I see in the labs and trials, this is going be a great success.” Once five-nines performance is achieved in Germany, “The next step is UK, the next step is Spain immediately.”

He adds, “This is the natural evolution. It is not a matter of Telefónica deciding to lead. We are cooperating with and we signed an MOU with our colleagues at Deutsche Telekom, Vodafone, Orange and Telecom Italia [in January and February this year]. This is an industry necessity. Maybe there is a question about will it happen in 2022 or which quarter of 2022, but it will happen.”

Isn’t there a danger of swapping reliance on a handful of vendors selling highly integrated radio systems for dependence on systems integrators? Blanco says, “Initially this is true, but today I am fully dependent on Nokia, Ericsson, Huawei and Samsung. Every single version of antenna on a rooftop is a turnkey.

“In the same way, we needed a system integrator when we were evolving previous software platforms, but in the next two to three years, we can assume the role we decide on, because planning will be easier. I don’t need to plan one [at a time], because the optimisation will be fully integrated in the solution… At the final step we will be managing a pure, cloudified radio network… and the antennas will be a commodity.”

Antennas are certainly going to proliferate. Blanco expects that over the next five to 10 years customers will generate more traffic every year, so spectrum will be needed beyond the 3.5GHz and 700GHz bands.

As 5GHz and 6GHz spectrum is dedicated to Wi-Fi, 6G will use up to 10GHz and, says Blanco, “At this high frequency, I cannot host them on the traditional rooftop. I will need to deploy antenna much closer to the customers’ premises, in a box next to the FTTH box at people’s homes, connected via the fibre to 25Gps or 50Gps.”

How will these antennas be monitored and controlled? On the same principle as Open RAN. Blanco says it’s not feasible for each to have its own controller, so centralised software will “mandatory”.

Telefónica took another step to readying itself for network evolution in 2017, bringing network and IT together, and making Blanco Global CTIO for the group. He comments, “It could [be seen] as a pure organisation model, but it is more than this. What we are looking to do is that when a customer asks for something from Telefónica, they can implement it, end to end, without human intervention. They can choose and reserve network assets automatically for use when they need them.”

All the main operators have been trying to evolve their legacy IT systems with a traditional full stack since 2011 – with, it’s fair to say, mixed results. Says Blanco, “The full stack is not a product: it is 20-25% product and then 70% body-shaping; people deploying new necessities, building, rebuilding, shaping and reshaping.” In other words, something of a complex, intractable mess.

Two years ago, Telefónica began working with Salesforce, Pegasystems and Vlocity (which Salesforce acquired) to define all the B2B IT pieces within open architectures. The full stack implementation took years. For the B2B business support systems (BSSs), using cloud native capabilities, it has taken months and, says Blanco, “We’re pushing to do it in weeks.”

He adds, “The final architecture for the BSSs is the same as we did with UNICA for the first virtual network function (VNF). We have been encapsulating the full stack for B2C and the next step will be getting those software pieces going through the paradigm of the cloud native approach. We are doing this in Germany… and we are adapting it for the JV with Liberty [Global in the UK]. It is working extremely well.”

He notes that OCS, for instance, used to be the province of Huawei or Ericsson. “Now we have a huge number of providers. MATRIXX is one example. It took weeks to deploy in Germany, when traditionally it is more than a year and a half. This is happening today. The software companies are helping us to do it and this will accelerate in the next two or three years.”

He says Telefónica has so far digitalised 83% of processes: “It is the only way to reduce the costs and this is finally coming. It is how we can offer services to the customer.”

This leaves the elephant in the room – the operations support systems (OSS) which are complex and have proved largely intransigent in the face of digitalisation. Naturally, Telefónica’s goal is to break the OSS into containerised pieces that can be swapped in and out for modifications and upgrades without one piece affecting the others.

A central issue with OSSs is that while there are many models to predict events such as traffic overflows, and although equipment vendors can balance traffic at the device level, operators have never been able to do the same at the service level in a smart, cost-effective way. This can have a profound effect on customer experience.

Telefónica is building what it calls Fast OSS with Everis, an NTT Data company. The key is a single data model and an architecture that can integrate information from different sources. Fast OSS is complemented by UNICA Next, which analyses and acts on the data to maintain the right level of service – dynamically and without human intervention.

Blanco says, “We would need 1.5k engineers to do all this in-house, which does not make sense. What we are thinking is to work with big companies – maybe Google or Tech Mahindra or IBM – on the traditional business as usual use cases.

“We are defining use cases that will be done by our own people and how to build use cases for the industry, for all parameters. This means the OSS world will change dramatically.

"The kind of network that we are producing now is with a traditional platform, but this is a new way of thinking. This is something that we’re working on with our colleagues Vodafone, Orange, with all of them.”

Blanco concludes, “The Open RAN approach is extremely close to being done. We’ve done the same with software that manages FTTH, but OSS is much more complex to solve. It is one of the most significant pieces of this extraordinary puzzle".