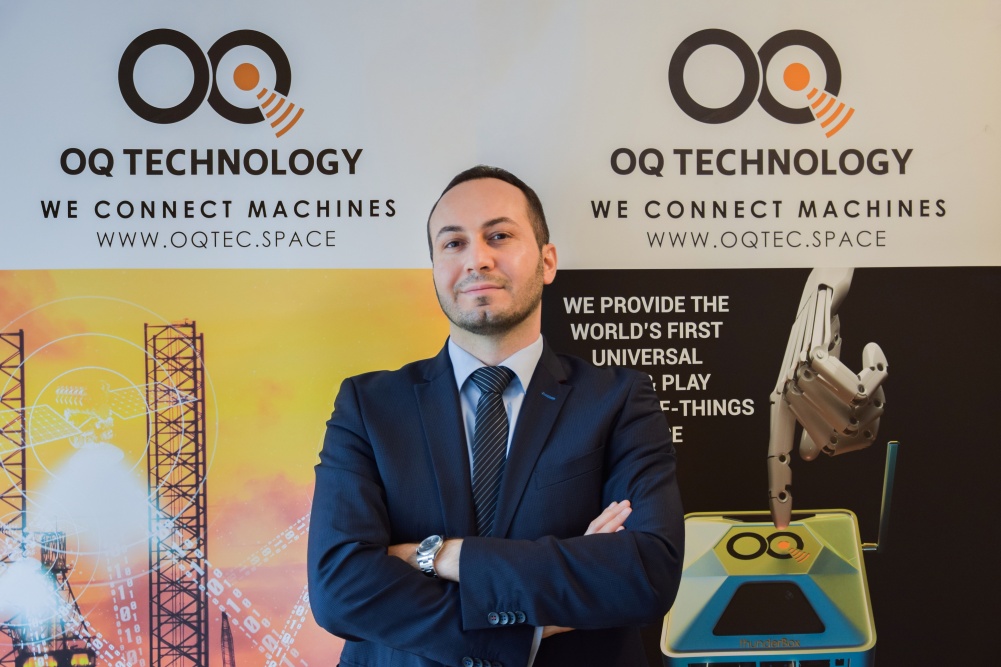 This month OQ Technology has announced several milestones that should bring the 5G IoT satellite operator closer to its goal of providing commercial IoT and M2M services around the globe via 5G connectivity.

There are two sectors OQ Technology is targeting: machine communication where small amounts of data are involved from millions of devices, and low latency services. It is not providing broadband or offering services to end users apart from large multinationals.

This month saw launch of its first Tiger-2 nanosatellite to provide basic commercial IoT and M2M services. It is the first in OQ Technology’s constellation which is intended to have more than 60 spacecraft to offer 5G IoT services in remote and rural areas.

In a recent interview, the founder and CEO of OQ Technology, Omar Qaise, explained, “The one thing that makes us unique from the others – because you hear a lot of all these satellite companies trying to bring IoT products [to market] – we are not coming up with a proprietary solution.

“We don’t [play] the game of [some] big operators or try to reinvent the ecosystem [because] it's hard to do this, especially with IoT.

“What we are doing  [is] tapping into an existing ecosystem where [there] is mobile standard, 5G, and also IoT, and we're trying to extend this everywhere to the world. No proprietary technology or own our own proprietary devices and all that.”

Qaise explained, “Mobile chips are cheap, they're like $5, and it's easy to buy them and instal them and use them. The moment you go outside the city where there is no coverage, you have to use a satellite chip.

“Satellites have been always their own industry…imagine now you don't need that expensive device – and the same $5 chip can do both satellite and terrestrial. This will open like the field for many new applications.”

Although he says his company’s approach does not involve any proprietary tech, this isn’t quite true. The company has been in operation in 2017 and two patents “to recreate cell towers in the sky so existing mobile IoT devices can connect to the satellite just like it is connected to a normal mobile operator”.

The patents address two issues: speed and latency. Qaise points at that on a very fast train, passengers can make mobile calls at up to 300kph, but any faster and the call drops. In comparison, satellites travel 7km a second and are “like having a cell tower 500km away” he said.

Qaise added, “To resolve this, we implemented certain software and algorithms that do not modify the cellular standard itself – it’s an add-on that allows users to connect to the satellites and get the data using the same frequencies, the same type of radio link, and we proved that in orbit with our Tiger-1 mission”.

Release 17 of the 3GPP standards for 5G are looking into non-terrestrial communications, including how to use 5G over satellite, with drone, balloons and so on.

Qaise said, “We are participants in that and we are proposing things, but we are ahead of it by implementing it already.” The path from being a de facto standard to an industry-adopted one is a well-trodden path.

Tiger-2 will be followed by MACSAT, an agile nanosatellite mission supported by the European Space Agency (ESA), dedicated to 5G IoT in low Earth orbit (LEO).

MACSAT is led by OQ Technology and funded by the Luxembourg Government through an ESA contract in the Luxembourg National Space programme (LuxIMPULSE).

OQ Technology also just won a competitive pan-European tender with ESA under the ARTES programme to provide technical design and development of a system to address advanced 5G network configurations over LEO, MEO and GEO satellites.

To fulfil this fourth contract with ESA, OQ Technology will lead a consortium made of the SIGCOM research group in the Interdisciplinary Centre for Security, Reliability and Trust (SnT), University of Luxembourg, and the Italian ground segment as-a-service company, Leaf Space.

The new ground station will be installed at Bascharage, Luxembourg, a few kilometers away from OQ Technology's LEO Constellation Control Centre.

OQ Technology has also been granted an experimental licence for accessing critical satellite 5G frequencies by the Luxembourg Ministry of Media and Communication.

This means the company will be able to accelerate its service provisions for IoT, including smart cars, drones, transport, logistics and maritime, especially in remote regions.

The licence allows the company to test and improve its commercial product portfolio of 5G IoT user devices. OQ Technology will also be able to optimise its cell-tower 5G software stack aboard its satellites.

Qaise reckons that cost is the reason that IoT has failed to live up to expectations so far, and mobile operators’ focus on 5G-enabled broadband. In the meantime, the “unlicensed band guys” such as LoRa and SigFox device makers and services providers, have filled the gaps. He insisted, “The users are there: they need the services."

“Maybe Vodafone and Verizon, are deploying IoT, but you won't find it in Asia, or Africa or South America. They're still using GSM for IoT, or their high-power LTE.

"This is where satellite comes into play. Even in cities, already we can provide this service for a low cost to users, and in other areas where there is no Vodafone or Verizon, or AT&T.”

He pointed to ATMs (cash dispensers) in the Middle East and Africa. He says, “What do the banks and the points of sale people do? They install a big TV dish or VSAT for the internet. That’s overkill, but it's cheaper than buying the small Inmarsat device…With that technology we have, we can address such users, and it's a big market."

He said asset tracking is another huge market too – from trucks, containers and ships to animals.

Then there are low latency, critical applications. Qaise said, “Let’s say to control a drone or an autonomous car, you need real-time communication and to track it also at the same time, so you can react immediately. This is where we will need inter-satellite links for this type of application."

Inter-satellite technology is under development by NanoAvionics (see below).

Note that OQ Technologies doesn’t sell to directly to users. Qaise elaborated, “We're going to provide wholesale packages and services to telcos [that] want to add this product to their array of products, and to service providers, system integrators. We would only deal with end customers who are large enough – let's say enterprise multinationals.

“We see this as the best way to access the market first and to learn from the users in the field, to be close to them. Then as the IoT market matures, and big service providers start adapting and building their own solution based on what we provide, this is where we can kind of take a step back.

“It's true [that] IoT is a very fragmented and very new market. And there is less customer awareness how this can help [them], and that's why there’s a big role for all for the operators, for the vendors, for everyone involved to really work with customers and educate them about the value of [it].”

NanoAvionics and new kind of spacecraft…

NanoAvionics works with OQ Technology and its CEO, Linas Sargautis, Co-founder & Chief Commercial Officer, also took part in the interview. NanoAvionics is a smallsat bus manufacturer and mission integrator based in five locations across the US, UK, and Lithuania.

Its core engineering team has implemented over 85 successful satellite missions and commercial projects during the past several years. With modularity as the fundamental principle of NanoAvionics systems’ architecture, NanoAvionics provides economic viability to a wide range of small satellite constellation-based missions, businesses, and organizations worldwide.

Modularity is the fundamental principle of NanoAvionics systems’ architecture, which it claims makes satellite an economically viable option to a range of small satellite, constellation-based missions, businesses, and organizations worldwide.

The spacecraft are generic, and so can accommodate satellites with different types of instrument, including a telco payload or cameras: the satellite’s application is defined by the instrument. As well as building the spacecraft, NanoAvionics also provides a launch broker service, helping customers through the process of the launch and into operation, and can include operating the satellite for customers.

This means operators can rapidly deploy their missions and constellations, according to Sargautis, leaving its customers to focus on the services they offers – for 5G and IoT, think cell towers in space.