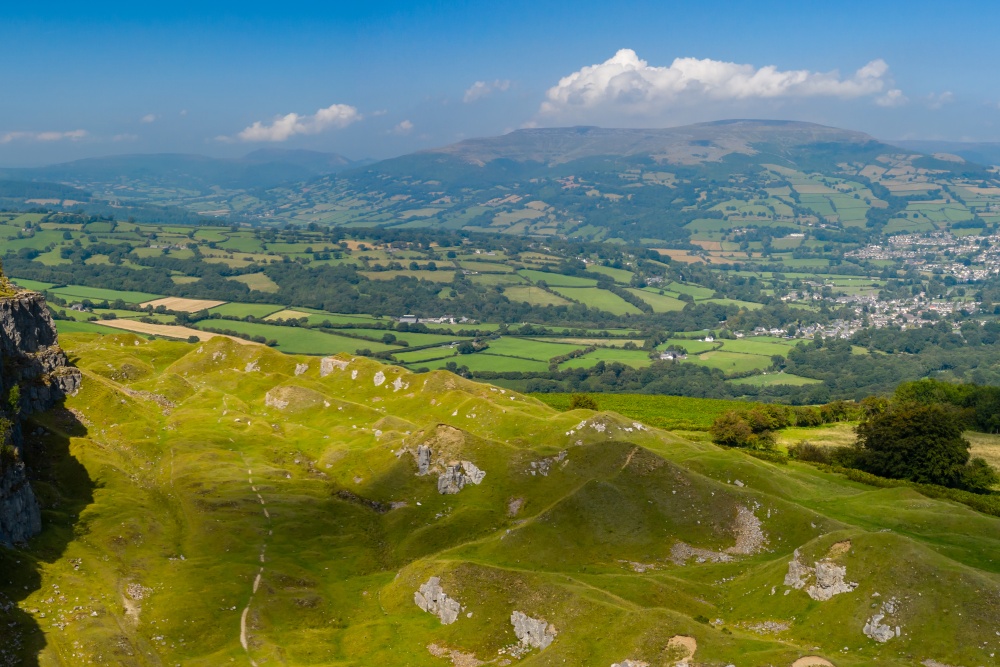 Michael Armitage, CEO of Broadway Partners, the UK alternative fibre provider, tells Annie Turner there are no excuses for not being ambitious enough.

How did Michael Armitage become a broadband provider? Turns out he spent most of his professional life working at Morgan Stanley as a telecoms research analyst, responsible for providing investors with information about European companies, from incumbents to the very smallest firms.

Bumpy start in an unlevel field

When he retired from that, Armitage explains, “I was becoming aware that the telecoms market in the UK was not functioning very well. BT had an unhealthily dominant position in that market and at that time, there didn't seem to be very much government enthusiasm for levelling the playing field to other operators to play.

“So, I took it upon myself – perhaps somewhat arrogantly – to think that I could help shape government policy around broadband. That was a fairly challenging couple of years.”

The government’s Rural Community Broadband Fund was a failure, censured by Parliamentary committees: the idea was communities engaged with suppliers that could perhaps offer more suitable solutions to BT. It totally failed to generate competition. Armitage says it was a good learning experience.

After that, he looked into the possibilities of using the white space in TV spectrum to provide broadband – but this turned out not to be commercially viable, or scalable. Nevertheless, the wireless networks using the technology that his company set up on the Isle of Arran, the most southerly of Scotland’s West Coast islands, is still running and was extended to most of that group of islands.

The future is fibre

Armitage says he became “commercially serious” in 2016, and then, “We pivoted into fibre a couple of years ago, because the direction of government policies obviously shifted very substantially with the publication of Future Telecom Infrastructure Review in 2018.

He describes this as “a seminal document from DCMS [the government Department of Culture, Media and Sport]” which aligned with telecoms regulator Ofcom’s determination to finally open up the market, offering much more favourable terms for access to BT’s infrastructure.

Armitage says, “[We] quickly realised that that fibre was definitely where the world was going, and rather faster than we had assumed, so we jumped onboard.”

Broadway Partners took on its first investor in early 2018 – Sir Brian Souter. He is a Scottish entrepreneur who with his sister co-founded the Stagecoach Group of bus and rail operators, among other travel enterprises, and Armitage says, “He’s been a terrific investor”, adding that as fibre is such a capital-intensive business, more capital is always needed.

However, as he notes, “Given the state of the global economy [we need to] stimulate economic activity and with interest rates at less than 1%, there is no shortage of investor capital looking for a home.…So that's one issue we do not have to worry about anymore.”

Armitage says business is “gangbusters at the moment”. Having started in Scotland, the firm soon moved into Wales. He says, “We've got a pretty decent shot at becoming a credible alternative to BT in rural fibre in Wales overall: our presence and the relationships we've got with local councils is pretty much across the whole of south and mid Wales.

“We're very good at community engagement so there's a big human element…We spend a lot of time deliberately cultivating relationships with local authorities, with local communities, and over time develop their trust and permission to deliver fibre to them. This is substantially paid for the voucher schemes that DCMS is running.”

He states, “We know, for a fact…that if we were given a free run at it, we could definitely deliver 100% fibre connectivity to Wales by 2025. There's no doubt about it.” Armitage adds that as this is demonstrably the case, he cannot see why any other provider “should be let off the hook” for lacking ambition. Most of Wales (pictured above) is mountainous.

Efficiency at the right scale

How can such a relatively small company compete against the might of BT? Armitage explains, “We are committed to taking the best of what BT has done – we're standing on the shoulders of a giant…If BT runs its infrastructure on the back of telegraph poles in rural areas that's what we do, too. We just borrow space on existing infrastructure. The cost competitiveness comes from the fact that this is all we do – rural – [and we’re] very focused, very targeted.”

He is at pains to stress that his firm’s relationship with BT is good, adding, “Now we can access not just managed circuits from BT, but also dark fibre, which gives us massive potential to deliver really cost economic backhaul across large areas. And that's economic backhaul for us as well as for third party providers on an open access basis.”

He adds, “We're also looking at the opportunities in urban areas – companies like CityFibre, Hyperoptic and others are well established in metropolitan areas across the UK. We're not going to try and compete with them in [major cities] but…tier two or tier three cities and towns are becoming our target areas as well.”

He says today’s “adequate broadband of 30 or 50Mbps is going to look pretty derisory tomorrow, and given the government's funding commitment to fibre broadband, if not now, when will be time to roll out fibre? That funding support is not going to be around forever.”

Before the General Election of 2019, the UK government pledged to contribute £5 billion to bringing full fibre coverage across the UK by 2025. This was reduced to 85% by the end by 2025 with only £1.25 billion to be made available during this Parliament: another General Election will have to be held by early May 2024 at the latest.

However, Armitage remains optimistic saying, “I think £1.25 billion is the base of what government will spend – I think they will be very receptive when we go to them sometime in the next year with a proposal that gives them a means to spend much more of that money in a very channelled way. I think they’ll be very, very receptive to that, so it's up to industry to come up with the ideas is my feeling.”

He also points out that while local authorities are heavily dependent on central government to help finance digital infrastructure, “They also do have their own revenue raising or capital raising powers”.

He points to the Public Works Loan Board, an instrument of the Treasury, and allows local authorities to raise Treasury-rate finance, at 1% or 2% interest for infrastructure projects. The application, he says, is short and simple, yet this mechanism has only recently been used by those looking to fund digital infrastructure. Broadway Partners is encouraging local authorities to use this funding, and a number of Welsh authorities are using it or propose to do so.

Armitage adds, “If you're organising on a partnership basis with your suppliers, then you've got a pretty good formula and you're not totally dependent on the on the whims of Westminster”.

Has the pandemic made a difference? Armitage answer, “Yes. It has been positive for the obvious reason that people are much more dependent on that digital connection than they were before homeschooling and all the rest.”

“Whereas before people were skeptical about why they needed 100Mbps or Gigabit service, they're not skeptical anymore – they're fully signed up, in principle.”

He states, “The government definitely [understands] that to have any hope of meetings targets, you're going to have supplier diversity and a mixed model, and that requires supportive regulations. We will roll with the punches. We're not opinion leaders on the regulatory side, but we look what’s coming up with in terms of consultative responses. Generally we agree with what they say – we don't allow much time [for] second guessing the regulator.

“We'll take the rules as they come and work out how to work with them. I'm more interested in how government intervenes in the market itself directly – the voucher scheme has been pretty effective. We make as much use of it as we are able to do. And I think others have too.”

Will his business be much affected by Brexit? Armitage says, “Personal views aside, what I hope comes out of Brexit is a form of government that is more devolved, and closer to where the problems are”.

He concludes, “As long as the rules are set fairly with a reasonable level playing field, as long as individual operators know how to negotiate around the maze of DCMS and BT, then, then there's great business to be done. I'm very confident that large swathes of UK will be fibre by 2025, although probably not 100% of remote outposts.

“We have an ambition to deliver fibre to anybody who wants it in Wales by the end of 2025. And if we can do that for Wales every county in the [UK] should be able to do it.”