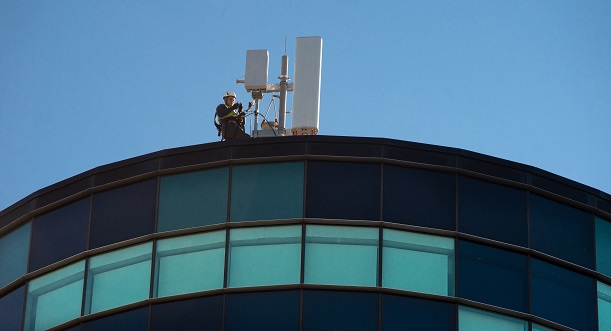 Vodafone has switched on the first 5G antenna in the UK on a commercial network and is inviting enterprises to test the technology's potential.

The site is in Manchester in the north of England and is connected to Vodafone's fibre network. It uses the non-standalone 5GNR specification and uses an LTE packet core.

It covers MediaCity, a 200 acre site hosting more than 200 companies, as well as the surrounding area. It is operating on 3.4GHz spectrum, which the company won in the UK's spectrum auction earlier this year, and uses Massive MIMO technology.

Vodafone is planning to open the Future Ready innovation centre and digital incubator in spring 2019 and has invited local companies and organisations to test the technology's improved data speeds and ultra-low latencies.

The centre will be equipped with 5G wireless routers, gigabit fibre links and IoT services connecting the likes of security systems, vehicles and household appliances.

Vodafone UK Chief Executive Nick Jeffery, said: “We are leading the roll out of 5G across the UK, starting with Greater Manchester.  A further six cities – Birmingham, Bristol, Cardiff, Glasgow, Liverpool and London – will shortly receive full 5G too. Next year, we will bring 5G to the Scottish Highlands, Cornwall and the Lake District, among other locations.

“We have worked closely with the Mayor of Greater Manchester, Andy Burnham, to help ensure the city is not only an economic powerhouse, but also a digital powerhouse. That is why we are making a multi-million pound investment to offer world-class communications to Greater Manchester’s thriving media and tech community, consumers and our own 1,000 or so employees who work there.”