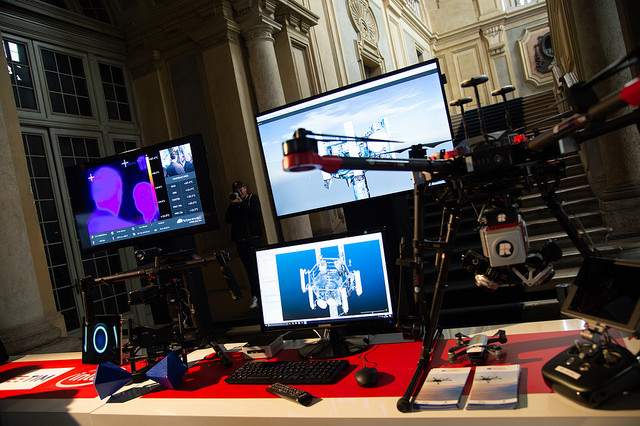 TIM has switched on its latest 5G antenna in Italy and held a public demonstration of 5G use cases.

TIM used spectrum under a test licence and worked with Ericsson on each of the demonstrations. It is set to receive more 5G ready spectrum from early next year following the recent spectrum auction.

It cited the driverless car demo as the "crowning jewel" of its showcase. It worked with connected car company Objective Software, setting up a remote control station in Piazza Castello.

Data was sent from a variety of in-car sensors, cameras and radars to the control station over a low latency 5G network.

The operator aims to use the learnings in a forthcoming Smart Road project, which will test self-driving vehicles on a larger scale.

An Industry 4.0 demonstration used a 5G connection to control a robot arm remotely. TIM said this technology could ultimately be used to improve the running of industrial systems and increase their efficiency.

A Smart Cities console showed how a variety of different services, such as parking, lighting and waste management, could be controlled centrally using a combination of NB-IoT and 5G.

Elsewhere, TIM showed how drones can be used to maintain network architecture, demonstrated how 5G could be connected to PCs in association with Intel, and how virtual reality glasses could be used to tour the Pietro Micca Galleries. Tourism has been a longstanding area of interest for TIM, with previous demos in Bari and Matera, as well as San Marino.

Elisabetta Romano, Chief Technology Officer of TIM, said: “Today in Turin, where our laboratories are based, we have activated the first 5G antenna with millimetre waves in the historical centre.

"Thanks to its hyper-speed and the latency 10 times lower than the current mobile networks, we are giving visitors a preview of the 5G power to enable the digital life of citizens and businesses.

"5G represents a real revolution which soon everyone will test in their daily lives: applications and services are made possible thanks to the quality of TIM’s network infrastructure, which is already set up to integrate 5G technological standards after the technological primacy obtained on the virtualisation of the network components.”