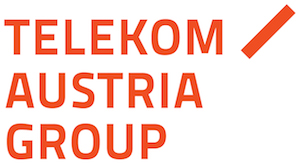 Telekom Austria has completed trials and deployments of network functions virtualisation (NFV) including the deployment of a fully virtualised LTE stack over a commercial network.

The demonstration was conducted on mobile handsets connected to the Serbian-based Vip’s live network, using virtualised Evolved Packet Core (vEPC) provided by Connectem, an open-source IMS core from Metaswitch and a virtualised VoLTE application server (AS) by OpenCloud.

The operator said it was the first time an entire network stack had been virtually deployed in a live environment, and follows a series of individual trials in Bulgaria, Croatia and Serbia last year.

During the demonstration, Connectem’s vEPC provided data session control, while UK-based Clearwater’s virtualised IMS handled calls and media formats and OpenCloud’s VoLTE AS allowed the features to be carried out over the phone’s system.

Telekom Austria said the successful demonstration proved that the technology was “ready to go prime time”.

CTO Guenther Ottendorfer said: “One of the major topics that will be wildly discussed at Mobile World Congress is network function virtualisation. Having already contributed a great deal of perspectives and developments regarding this trend, the Telekom Austria Group is amongst the first movers in the industry with our successful trials.

“NFV is a paradigm shift for the global telecom industry but also shows that the game the industry is playing is only about to begin, with numerous innovations on the horizon which will further enhance the customer´s experience.”

NEC said its solution - which includes vCPE, SDN controller, service and network orchestration and VNFs from a number of vendors - allowed TAG to quickly deploy new services to its customers, such as self-help portals and parental control tools.

Sylvain Seignour, VP of Global Sales at NetCracker, said: “The next phase of the network virtualisation opportunity is operationalisation — the ability to transition a lab environment into a live deployment of virtualised network functions.”

“Education for all” essential for SDN/ NFV success, claim CTOs